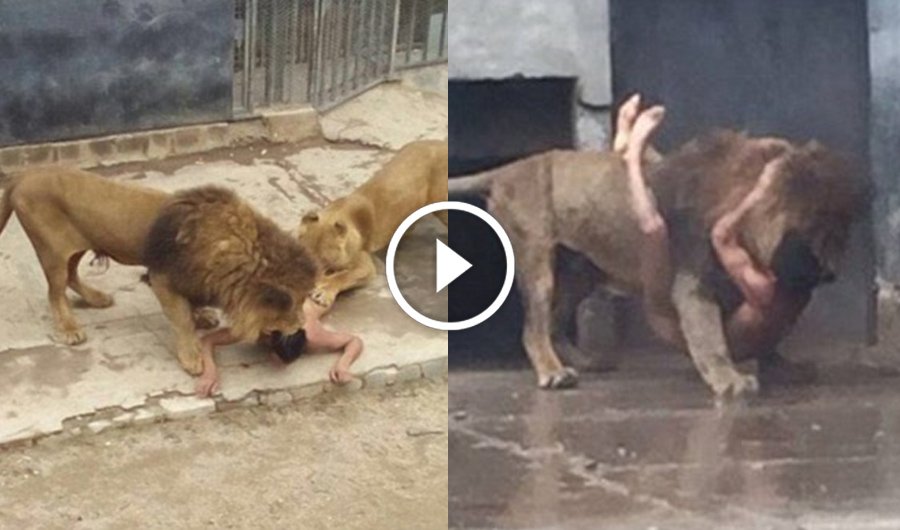 A suicidal man cost the lives of two lions after he suddenly strips naked and jumps into a lion’s cage at Santiago Zoo in a bid to feed himself to the hungry giant cats.

20-year-old Franco Luis Ferrada Roman broke into the enclosure, took off his clothes and forced himself to be eaten by the lions.

Once inside, the lions began to ‘play’ with him before he was savagely mauled in front of horrified visitors including children.

According to Alejandra Montalva, the zoo the director, she said:

We believe that this person entered as a visitor and paid for his ticket. Later he trespassed into an area where the public are not normally allowed and we understand that he forced the roof of the lion’s enclosure. It was from there that he jumped, took off his clothes and started to attract the lions.

It is also reported that the young man made religious proclamations while he was being attacked by the animals.

Cynthia Vasquez, a witness to the incident, said: “He entered the enclosure from above and the lions started to play with him, and then after they attacked him and was shouting things about Jesus.”

Another witness added: “There were a lot of children there, and parents covered their eyes while it was going on. He was screaming religious things.”

At this point, zookeepers intervened and shot the two African lions to death in order to save the man’s life.

Here’s a clip of the horrifying scene:

The zoo director who was deeply affected by the deaths of the two lions, a male and a female, told the local media:

“The zoo has an established protocol because people’s lives are very important to us,’ said Montalba. But that there were no fast-acting tranquilizers available to stop the lions from mauling the man.”

The man who was said to be in grave condition was taken to a nearby hospital for treatment but it was later reported that his life is no longer in danger and will recover sooner.

“Mr Ferrada Roman’s heart almost stopped. He suffered several injuries and trauma to the head and the pelvic area. We have high hopes that will recover and that will be fine.”

It is just sad that they had to put those lions down just for the sake of a man who clearly wanted to die. Lions aren’t always that ferocious, unless we provoked them to be. In this case it is clear who’s at fault. Let us know your thoughts by commenting below.