Home » »Unlabelled » If they don’t remove his scales every two hours, the boy will die: The inspiring story of Evan Fasciano.

If they don’t remove his scales every two hours, the boy will die: The inspiring story of Evan Fasciano. 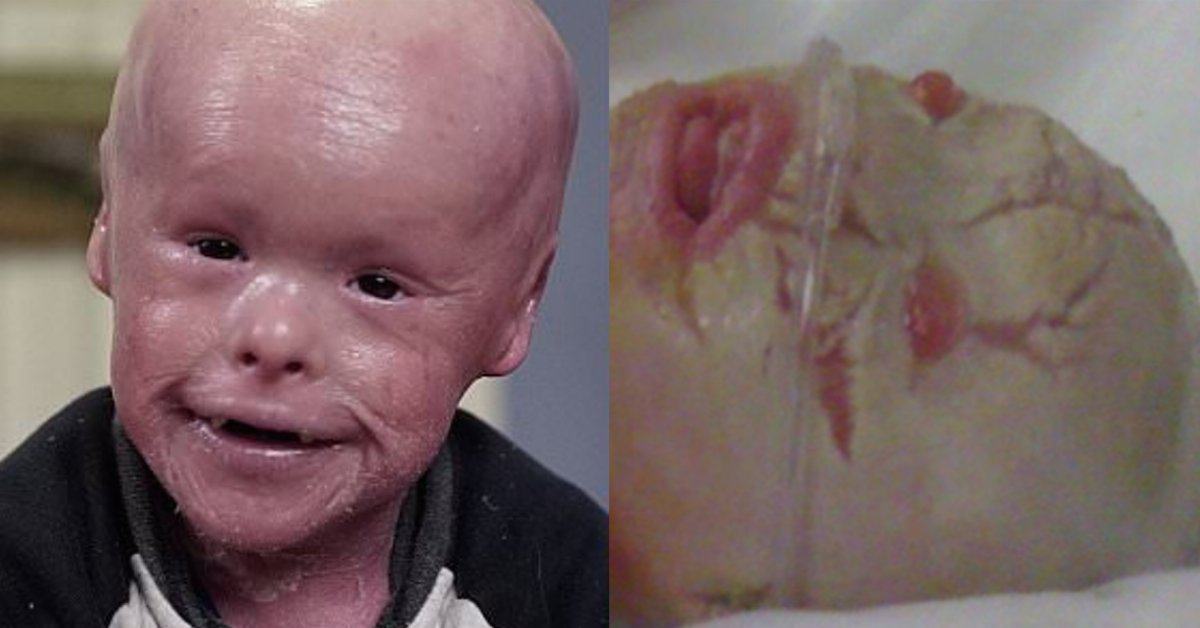 Little Evan Fasciano’s parents from Goshen, Connecticut were shocked in 2011 when they first saw their baby boy. He was barely recognizable as a human infant. His delicate body was covered in hardened scales. His eyes were so crusted over that he couldn’t open them for weeks. He spent two months in the ICU receiving special care.

Evan has a skin disease called ichthyosis. His skin grows so fast that it builds scales that stick together and constrict his movements. If these skin scales aren’t regularly removed, Evan will eventually die from the illness. Doctors warned Evan’s parents that he probably wouldn’t live long. His disease is considered terminal and incurable, but they didn’t know the fighting spirit of this family.

Evan recently turned 5 years old. The name “Evan” means “the fighter” and he couldn’t have been given a more appropriate name. Since arriving in this world, Evan has fought every day to live. His mother De De bathes him twice a day, softening his scales and making them easier to remove. “He hardly complains,” she said, moved.

Evan’s parents have to make sure their son eats enough. Such fast-growing skin burns through so many calories that it’s hard to make sure he’s getting enough nourishment.

Evan can speak and is a clever young thing, but his motor skills are severely affected by his skin. He’s unable to walk, but he is a master crawler and finds his way around the house on all fours. When his little brother, 19-month-old Vincenzo, learned to walk, Evan wasn’t the least bit jealous – he was thrilled and proud of his brother!

Evan recently started going to school. His mom explained to his classmates why Evan looks a little different than the other kids. Thankfully his new friends reacted in the best possible way: He is the class “rockstar” and is treated with kindness by the other children.

There is always someone who isn’t filled with kindness, however. Evan has been called “lobster” because of his red skin and baldness. But this family is brushing it off; they love Evan as he is and know how bravely he faces each and every day.

Even though his risk of infection is great, Evan’s parents want to make sure their son has the most normal life possible. They aren’t hiding him away or keeping him from things kids his age love.

At the playground and at home, Evan and his brother run wild; it’s beautiful to see how gentle they are with one another.

You can watch a video of Evan’s story here:

As long as Evan has this wonderful family who is dedicated to his care, he’ll overcome the next hurdles. He deserves it. And though he might meet some people down the road who are cruel to him from a lack of compassion, he’ll know this: His family will be there for him.
H/T Hefty
at 9:22 AM
Email ThisBlogThis!Share to TwitterShare to Facebook
Newer Post Older Post