Home » »Unlabelled » I’m a Dad of 3 Boys. I Married a Rape Victim—& I Have Something to Say to Brock Turner’s Father

I’m a Dad of 3 Boys. I Married a Rape Victim—& I Have Something to Say to Brock Turner’s Father

10:59 PM
shanka
Sex is always intentional, and they are going to understand that even consensual sex needs to be cared for with the utmost delicacy. 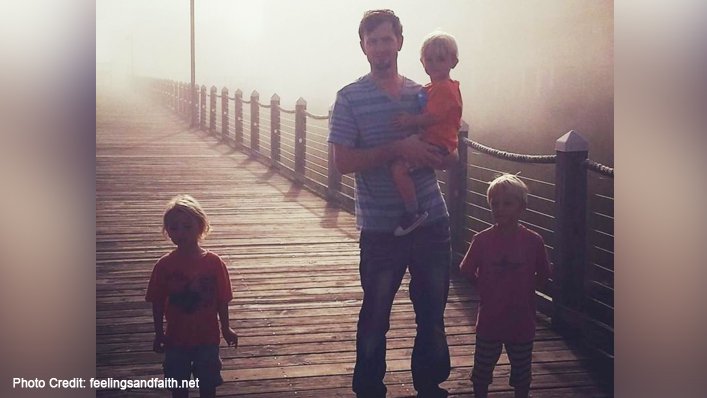 “That is a steep price to pay for 20 minutes of action out of his 20 plus years of life. The fact that he now has to register as a sexual offender for the rest of his life forever alters where he can live, visit, work and how he will be able to interact with people and organizations. What I know as his father is that incarceration is not the appropriate punishment for Brock.” —Dan Turner

“Steep? Mount Everest is steep. The peak of the emotional roller coaster Brock Allen Turner’s rape victim has only begun to descend is steep. Six months in jail is a joke; a speed bump, if you will. The “20 minutes of action” that Brock’s father minimizes in his above statement will haunt his victim for the rest of her life. It may have been a measly 20 minutes for him but for her, the impact of those 20 minutes will weave into every fiber of her being, every facet of her life, for its entirety. In her letter, the rape victim states that she “does not remember” the night Brock penetrated, groped and left her behind a dumpster. But what she will soon find out is that her body will not let her forget. I know this because I married a victim of a college rape.

Steep will be the amount of time, energy and financial resources that will go into undoing what Brock has done. Undoing is the wrong word here, what he did can never be undone. It can only be rewired, reworked, processed and worked through again. When she is but a distant bad decision in your life, you will be a permanent fixture of her subconscious.
Trauma has a way of blocking the logic centers of the brain and reducing its survivors to their most primitive survival instincts. When I touch my wife, nearly 13 years after her rape, she can be triggered into an immediate fight or flight response. We never know when, or if, it will happen because Post Traumatic Stress Disorder (PTSD) often has no rhyme or reason. Her body remembers what her mind can’t. Sexual desire was non-existent for years, and is just now only slowly coming back. For years I couldn’t understand why she didn’t have the same desire for me that I do for her. It isn’t that she doesn’t want to, it’s that she can’t. The trauma she experienced has caused her primitive brain to associate sex with danger.

As the father of three boys, I can understand the hurt and disappointment that is felt when your child makes a poor decision. The loss of the dreams and aspirations that were once so clear is a crushing blow. But rape is not just a poor decision. Rape is an intentional violation of another human being. Rape is an abuse of power. I love my boys with every ounce of my being, but if they ever rape a woman, I will not defend them the way Dan Turner defended his son. I will not minimize the impact of sexual trauma because in doing so, I’d be perpetuating a much larger social issue that is playing out all around us.

I don’t believe my children will ever rape a woman because I have the ability, as their father, to raise them to respect women. Not only do I have the ability to shape them into respectful men, but I feel a social responsibility to do so. We, as parents, should all feel socially responsible to parent children who are upstanding citizens; children who grow into men and woman with integrity. We need to raise men who value the lives of other people, especially women. Men who do not violate women for self-satisfaction. I shouldn’t have to defend my children for committing a heinous crime because I will not raise them to be capable of destroying another human life.

While this case may be used as a way to draw awareness to the dangers of binge drinking and partying in college, I want us to focus our attention on the larger social issue at hand. Twenty five percent of women suffer sexual abuse. TWENTY FIVE PERCENT! That means 25 percent of parents are not upholding their social responsibility to raise men who value human life more than their sexual gratification. No wonder women are scared of men; 1 in 4 of them will be or already has been assaulted by one. This is not okay. The fact that women are scared of men is a societal crisis and we, as a society, are handling this crisis all wrong. We are doing a great job of warning women and providing them with safety precautions in case they find themselves in a dangerous situation, but it’s about time we start working on the root of the problem. We need to raise our children better than the generation before us.

I will not shy away from my social responsibility of raising better boys. My boys will become men that will stand up for others. They will build each other up instead of tearing humanity to shreds. They will be able to draw into awareness the emotional ramifications of all of their actions, and when they make a mistake, they will be humble enough to admit when they are wrong. And if, God-forbid, they ever violate another human being, they will take full responsibility for their actions, no matter what the cost.”

**This article originally appeared on Christine Suhan’s blog. See more from her at feelingsandfaith.net.