Nothing is permanent – Zen Story 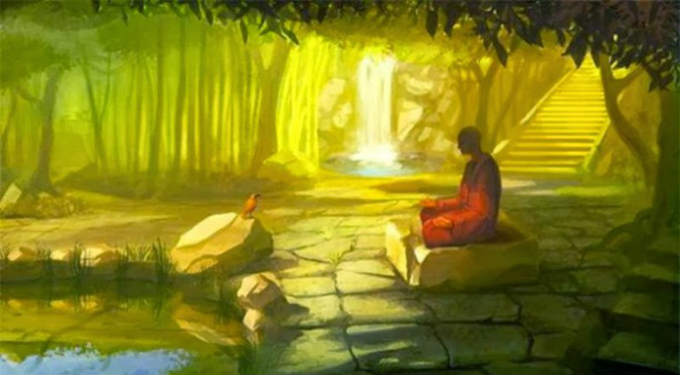 Buddha was traveling through a forest. The day was hot — it was just midday — he felt thirsty, so he said to his disciple Ananda, “Go back. We crossed a little stream. You go back and bring, fetch, some water for me.”

Ananda went back, but the stream was very small and some carts were passing through it. The water was disturbed and had become dirty. All the dirt that had settled in it had come up, and the water was not drinkable now. So Ananda thought, “I shall have to go back.” He came back and he said to Buddha, “That water has become absolutely dirty and it is not drinkable. Allow me to go ahead. I know there is a river just a few miles away from here. I will go and fetch water from there.”

Buddha said, “No! You go back to the same stream.” As Buddha had said this Ananda had to follow it, but he followed it with half a heart as he knew that the water would not be brought. And time was being unnecessarily wasted and he was feeling thirsty, but when Buddha said it he had to go.

Again he came back and he said, “Why did you insist? That water is not drinkable.”

Buddha said, “You go again.” And as Buddha said it, Ananda had to follow.

The third time he reached the stream, the water was as clear as it had ever been. The dust had flowed away, the dead leaves had gone, and the water was pure again. Then Ananda laughed. He brought the water and he came dancing. He fell at Buddha’s feet and he said, “Your ways of teaching are miraculous. You have taught me a great lesson — that just patience is needed and nothing is permanent.”