Handyman's act of kindness fixes this mom's heating in winter 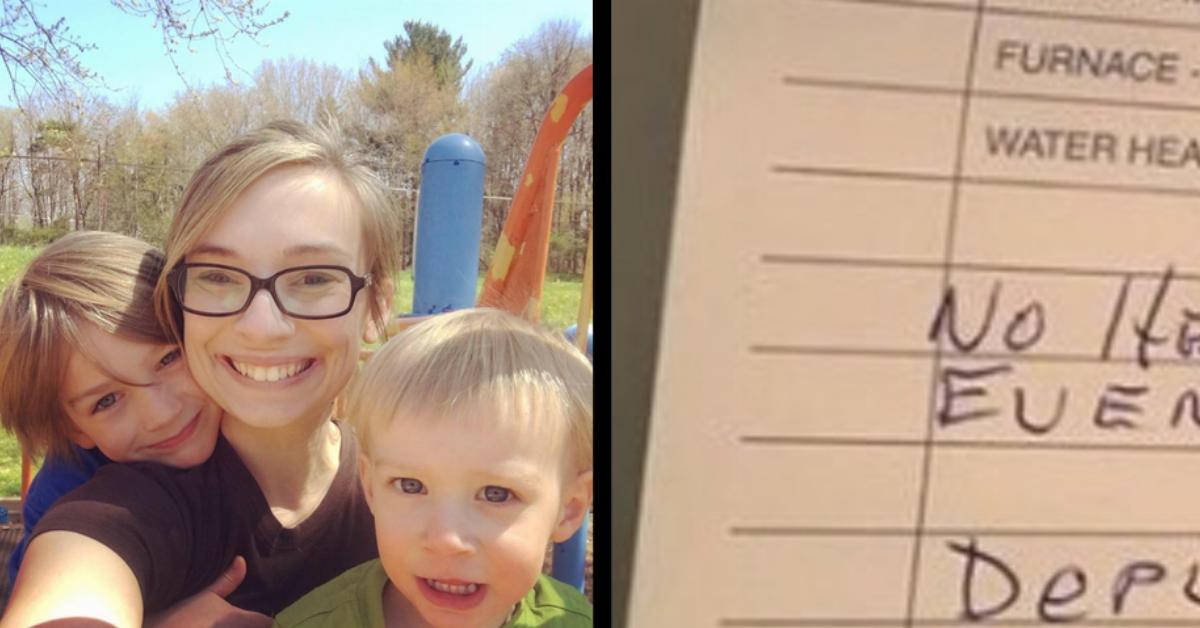 Bridget Stevens is a mother of two from Pennsylvania (USA). Her husband, Bobby, is with the US Army and has been deployed overseas for six months. During the winter months, when the young lady discovers her heating isn't working anymore, she can no longer turn to her husband for help so she contacts a company belonging to the handyman, Paul Betlyn. Bridget writes about what happens next on Facebook: 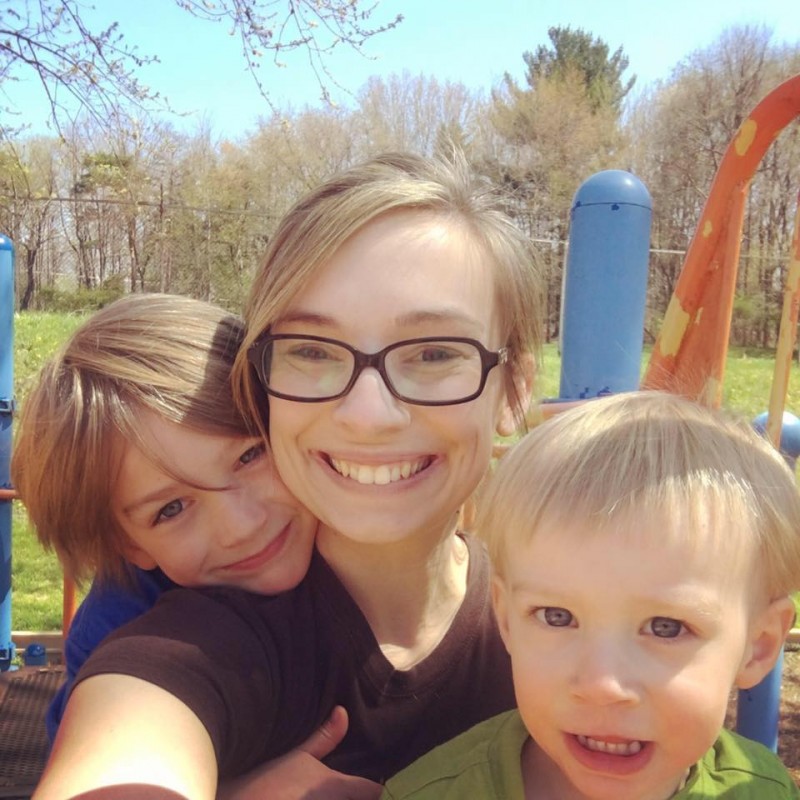 "I came home with my two boys and realized the temperature in our house was 50ºF. When I couldn't turn on the heating, I called up Paul Betlyn's heating and plumbing company. I was quite certain I would get put through to an answering machine and thought I would have to go buy a fan heater somewhere. But Paul answered immediately and gave me all kinds of instructions as to how to get the heating working again. Nothing seemed to work, so he came over to my house and got started on it.

While he worked on fixing the heating, we began talking about my husband, Bobby, and how he had been deployed overseas. I told him that I would normally turn to him in times like this. When the heater started to work again, I got a bit worried about how much it was all going to cost. Then he gave me this receipt, on which he noted the following: 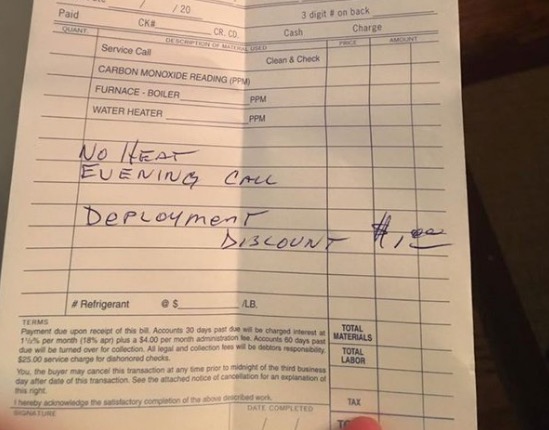 Even when I tried to give him money, he said the $1 amount was just a joke and that he had done it for free. He wanted me to thank my husband for his service.

So thank you Paul Betlyn. My house is nice and warm thanks to you."

A small, simple gesture, which meant the world to the young mother and her family. It's nice to know there are people like that around!