Home » »Unlabelled » Man Hiding Under Car Grabs Dying Orlando Victim & Says, “I Don’t Know If You’re Religious Or Not, But

Man Hiding Under Car Grabs Dying Orlando Victim & Says, “I Don’t Know If You’re Religious Or Not, But

10:46 PM
shanka
The horrific shooting at the gay club in Orlando has been devastating to read about. Amidst the chaos, we are now learning about some of the heroes that emerged that night to play an unexpected role in helping to save lives.

Joshua McGill was there that night. While bullets were flying, Joshua ducked behind a car, but then rescued a stranger named Rodney. 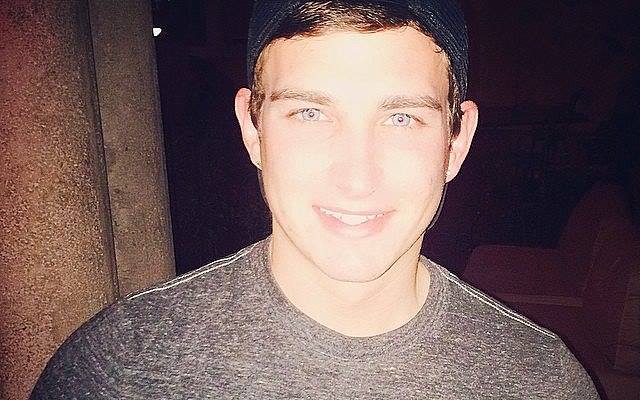 The stranger came up to Joshua and barely mumbling, said the following:

He then said to Joshua, “I think I got shot.”

Josh responded, “Don’t worry, I got you.”

Police who were busy dealing with the horror unfolding, told Josh that no matter what, keep the man conscious.

Josh did just that.

“My name is Rodney. I’m from Jacksonville,” Rodney whispered.

“I don’t know if you’re religious or not, but I’ll say a prayer with you,” McGill said.

Here’s what Joshua wrote on Facebook as he recounts the events of that night:

“There was a very tragic thing that happened tonight. Thoughts and prayers for everyone at Pulse or that know anyone that was at Pulse. It was very crazy and a traumatic experience. I’m very thankful I got away safe and a lot of other people I know and care about did as well. I hid under a car and found one of the victims that was shot. I tied my shirt and his shirt over his wounds to stop the bleeding and got him secretly to the nearest officer who then transported us to the ER. Words cannot and will not describe the feeling of that. Being covered in blood.. Trying to save a guy’s life that I don’t even know regardless that I’m fine.. just traumatized. The things I had to say to the guy and make promises I didn’t know I would be able to keep or not to keep him conscious while holding him as tight as I could and blood everywhere on me. Saying a prayer for him and letting him know I will be here waiting for him. It sucks because all I got was his name and I can’t even see if he’s okay because I’m not related. If anyone knows of a guy named Rodney that was shot and injured tonight.. Please let me know he is okay. I felt God put me at the club and made me stay behind to help a complete stranger. For whatever reason that may be.. I don’t know, but I do know it was hopefully to save his life. Maybe God be with us all in this time of need.”

In fact Rodney was shot a number of times in both arms and his back. Josh made a tourniquet using his own shirt, while applying pressure to the wounds and comforting him. When the coast was clear, they then jetted out from under the vehicle, across the street to where the police had set up a perimeter.

Josh stayed with Rodney, continuing to tend to his wounds, as they were rushed to a hospital in a police car.

Rodney is said to be in stable condition at this point.

Since the post went viral, several commenters have assured Joshua that Rodney is in stable condition.

A huge thanks to Joshua, one of the many helpers and heroes who clearly made a difference in this night of complete chaos and horror.