Home » »Unlabelled » Ever Noticed The Small Loop At The Back Of Your Shirt? It’s Not For What You Think It Is

Ever Noticed The Small Loop At The Back Of Your Shirt? It’s Not For What You Think It Is 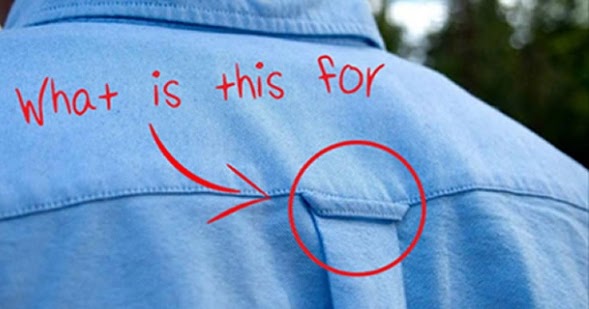 At the back of some men’s shirts, where the pleat meets the yoke, there happens to be a small loop. Ever noticed? Ever wondered what it’s there for? No? Well do notice it now. It’s there for a reason. 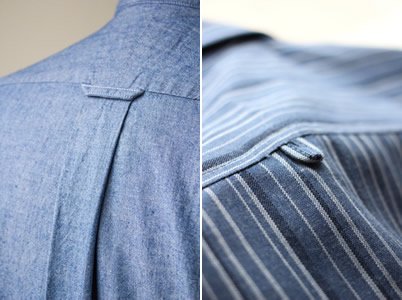 IN THE PAST, PEOPLE DIDN’T HAVE WARDROBE WITH RODS AND HANGERS, ALL CLOTHES WERE STORED ON PEGS OR HOOKS. THESE SMALL BUT USEFUL LITTLE LOOP WERE USED TO HANG A SHIRT, WITHOUT GETTING WRINKLES ON IT!

These little loop were originally used by East Coast sailors, who would hang their shirts on ship hooks when changing. This detail soon found itself off the ships and onto the streets. The trend started with the US made Oxford button down shirts in the 1960′s.

Later, it even became part of Ivy League dating culture. They were used to denote relationship status or to show interest. Young ladies would rip the locker loops on the shirts of boys they found cute, which would sometimes result in the shirt ripping off. Sometimes, the guy would remove his loop to show that he was already taken by his sweetheart. That way girls couldn’t run by and yank their shirt to pieces. 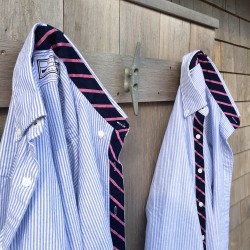 The trend was picked up by various other brands and continues till today. But since the arrival of wardrobes, locker loops serve no other purpose other than as a decorative design.
Source: Interesting-Facts
at 11:17 PM