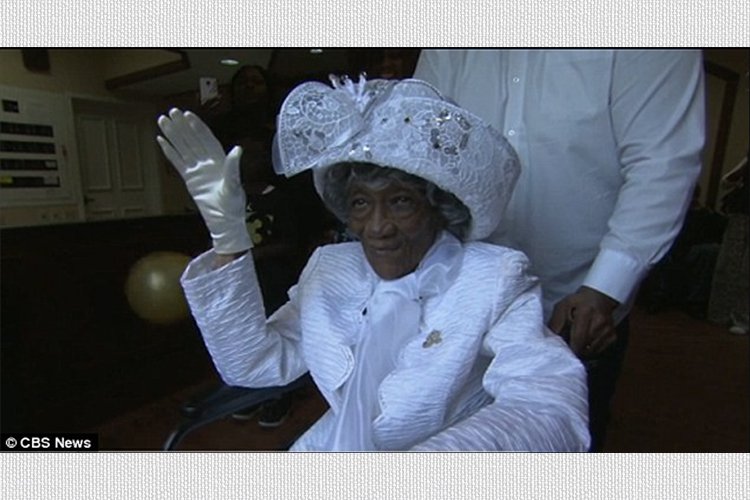 One Florida woman is celebrating a very special birthday and a huge milestone as she is America’s oldest-living leap year baby.  Born on February 29, 1916, Daisy Belle Ward celebrated her milestone birthday this past weekend in Sunrise with a four-day long birthday bash complete with an 80-piece marching band that she danced along with,CBS News reported. 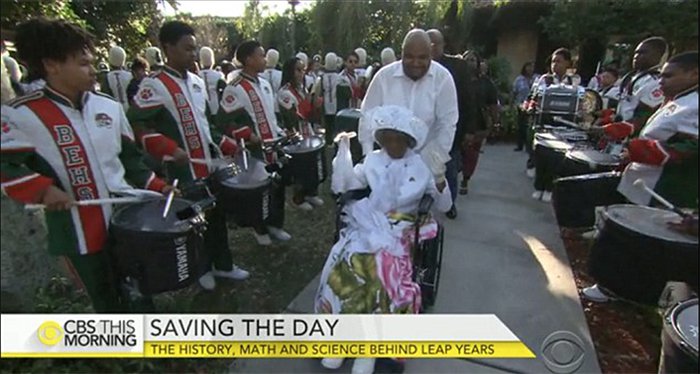 The party was a celebration of her 100 years of life, or her 25th birthday according to the calendar.

Sporting her Sunday’s best, Ward was honored by city officials, saw a gospel performance led by recording artist Dottie Peoples and attended an all-white gala where she was presented with the Centennial Certificate issued by President Barack Obama, CNN reported. Her son, Clinton Ward, said the family is happy the remarkably healthy woman reached age 100. 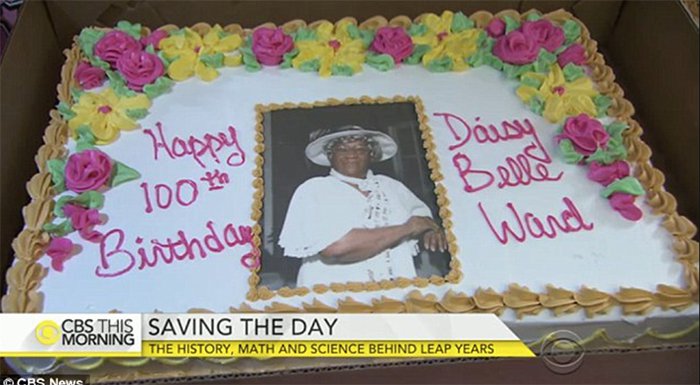 Clinton Ward told CNN that leading up to the big celebration, his mother ‘was excited about it and every time we’d come to [visit her] she’d think it was the day.’

The mother-of-four previously worked as a care giver living in New York City in the 1930s before moving to Florida, according to a website created by her family to celebrate her birthday. The Rocky Ford, Georgia native currently lives in an assisted living facility, but still enjoys living a very exciting life as she still shows her independence and refers to herself as ‘the boss’.

Reaching the age of 100 in her family isn’t new, as her older sister, Harriet, lived to celebrate her 102 birthday.  Her family has submitted paperwork to have her entered into the Guinness Book of World Records.  There is no Guinness title holder for the oldest living leap year baby, according to CNN.  Every four years an extra day is added to the end of February and there are almost five million leap day babies in the world, CNN reported. The chances of a person being born on leap day are one in 1,461.
Source: Daily Mail