Home » »Unlabelled » Epic Bridge to Connect America with Russia, So You Can Road trip from NYC to Moscow‏

Epic Bridge to Connect America with Russia, So You Can Road trip from NYC to Moscow‏

9:29 AM
shanka
1
A road trip stretching from New York City all the way to London could be possible if Russia’s plans work out to build a mega highway connecting Russia’s easternmost border with Alaska’s westernmost border. 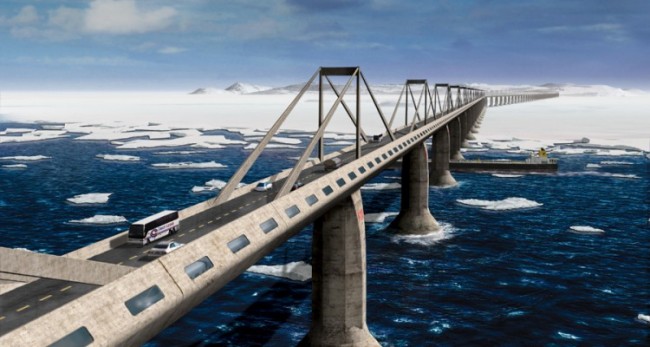 The idea has been speculated for years, but the Russian Railways’ President Vladimir Yakunin finally proposed plans on March 23 calling it the “Trans-Eurasian Belt Development” (TEPR).

So what does a road trip from New York City to London entail exactly?

Beginning from New York City, the route would go across the northern border of the United States with the following scenic pit stops: 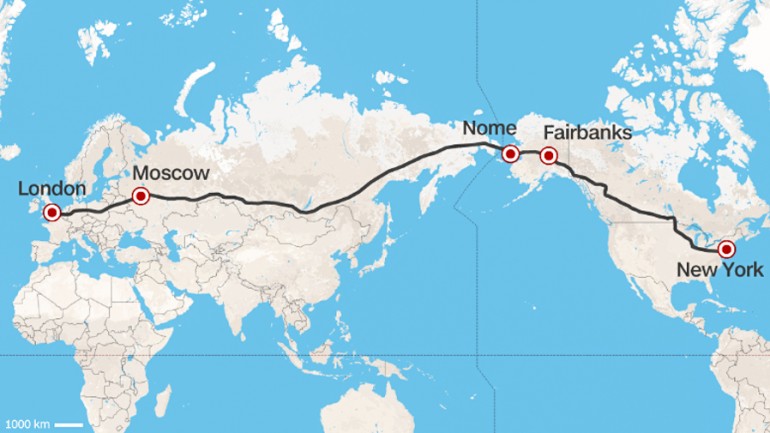 After driving through part of North Dakota, the route crosses over the border into Saskatchewan, Canada and passes through the following Canadian attractions:

The route would then pass over the border again, but this time into Alaska. The nearest city to the proposed bridge right now is Fairbanks and if you’re wondering how far you have come at this point, that’s a total of 4,244 miles, which would approximately take a little over three days of driving straight through.

This is where new construction would have to come in. A highway would have to be made for travellers to go from Fairbanks to the westernmost tip of Alaska—where no road currently exists. The road would be about 520 miles, another eight hours driving through Alaska.

If the proposed connection—it is not clear whether it will be a bridge or a tunnel—is built where it is intended, it would be 55 miles long, taking about an hour to cross.

Once in Russia, the longest stretch of the road trip is still ahead. Russia, being the largest country in the world, stretches about 6,200 miles. The route goes through the popular cities in Russia including its capitol, Moscow, taking a little over four days to complete.

The rest of the European countries are significantly shorter than Russia, with only about 1,500 miles left which would be approximately one full day of driving. The route passes through the following six European countries:

BelarusPolandGermanyNetherlandsBelgiumFranceFinally, after reaching the English Channel at the northwest corner of France, the route crosses over into the UK and reaches the final destination of London.

That’s a grand total of 12,519 miles and almost nine days of driving straight, not to mention all of the incredible stops along the way.

Before you start planning the most impressive road trip ever, be aware that the plans have not been officially accepted since specific details of the highway still need to be discussed, including the large budget. The project is estimated to cost trillions of dollars, but Yakunin is confident that despite the large price tag, Russia will still receive a profit from the major highway.

With this new super highway, the majority of the world will be connected via road, creating a way to travel and exchange products in a way that has never before been done.

Time to start saving for a motorcycle (and 12,519 miles worth of gas). 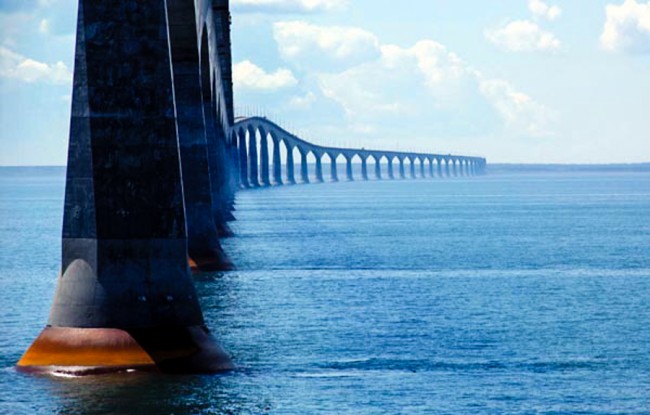 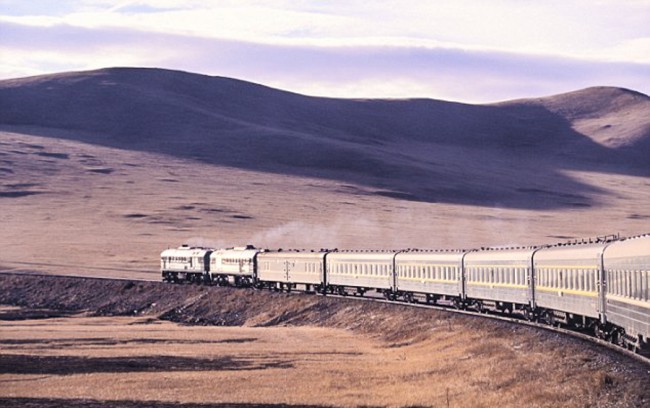