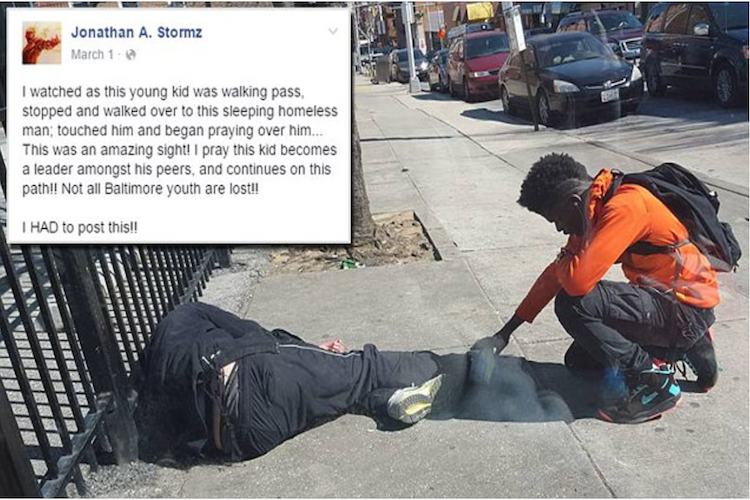 A Baltimore police officer on patrol stopped in his tracks when he saw a touching moment unfold right before his eyes on Tuesday.

In front of him was a young teen, praying over a homeless man who was sleeping on the streets.

Eric Gaines had seen other people look into the man’s pockets as they passed him, and he expected that the teen would be no different.

But the boy, who the University of Maryland, Baltimore officer believes was 15 or 16, simply knelt down and, resting one hand over the man’s shoe, began to pray. 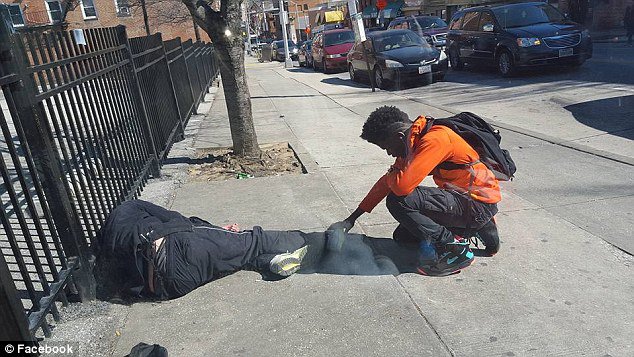 ‘It was a powerful moment,’ Gaines told ABC News. ‘Everyone who saw him in the area was moved.’

Gaines said the teen almost missed his bus as he took the time to stop for the homeless man. 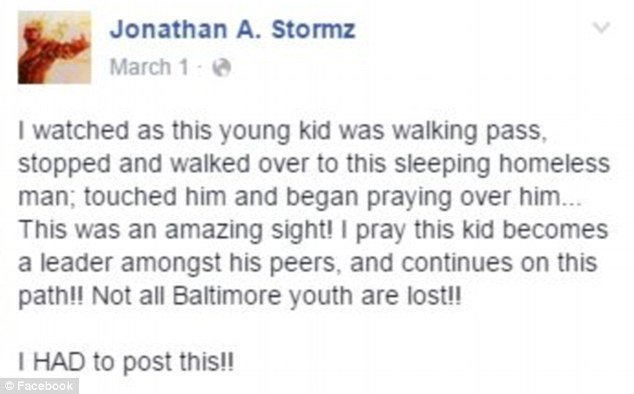 The photo of the powerful moment, first posted on Facebook by Jonathan A. Stormz on March 1, has since been shared more than 32,000 times.
Via : Michaelbaisden
at 10:42 AM