11:06 PM
shanka
The mainstream media is aging and collapsing under the weight of its own hubris and arrogance.

Now entirely formulaic in presentation and predictable in substance, the ‘major’ outlets of news, which are monopolized under only a small handful of corporations, serve the purpose of misleading the public on important issues and manufacturing consent for government and the oligarchs.

The public is still largely numb to this reality, and in a wicked catch-22 for modern man, many people are still addicted to the very media that serves as the primary weapon of social control against them.

The tide is turning, however, and to help break the spell we bring you this comprehensive list of 11 tactics used against the public by the mainstream media to coerce consensus, divide, conquer, ridicule and stifle truthful or meaningful conversation about the state of our world. 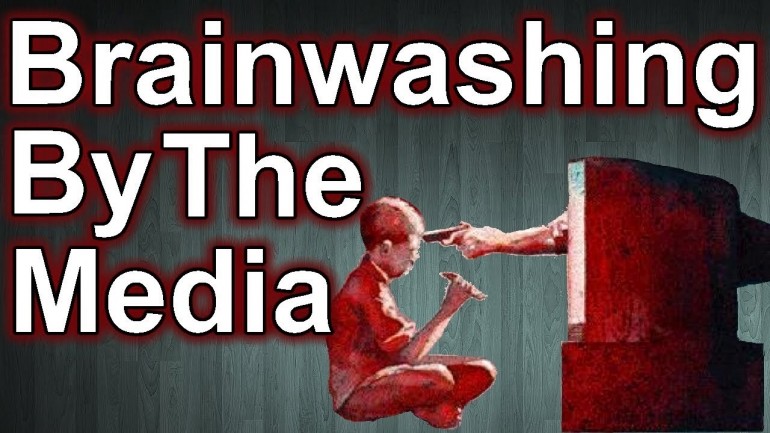 01. Lying by Omission – What is not on the nightly news?

This is the most important question to ask when consuming mainstream media.

The average hour long broadcast consists of 48 minutes or less of actual news programming, minus, of course, the chit-chatting, the expensive motion graphics and the bumpers, highlights and story recaps.

With a formula like this, full of pomp and grandstanding, the impression given is that if does not make it on the nightly news, the it is not of significance.

The most obvious way in which the mainstream media manufactures consent for policy makers and advertisers is by omitting from the news reel those stories and perspectives which may compromise the broadcasters agenda, whatever that may be.

Who is arguing, and for what cause?

News programs are businesses just like anything else, and as such news executives keep a go-to list of  contacts to fulfill any necessary role in a program or segment.

If the government needs credibility, they roll out an ex-president and remind you that he has ‘gravitas.’ If the military industrial complex needs a voice, then they roll out a familiar think-tanker to interject in a debate with a common-sense perspective in favor of national security.

If something is too complicated for public consumption, then they open the rolodex to the ‘experts’ page and shuffle some know-it-all in front of the camera.

The media is laden with groomed pundits, so-called opinion leaders, and commentators, and each one has a definite reputation, each one resonates with a specific target audience, and each one fills a predictable role in a conversation.

Program guests are very well vetted, and news is a science, a very lucrative science that excels in giving the impression of a diversity in ideas while keeping the debate sequestered in a very well constructed box. The characters in this box make all the difference.

Our lives have been pegged to the dollar, and as such, a ‘good job’ is valued above many genuine virtues.

People like to keep their jobs, as do news anchors and news casters, and since news is, again, a business, the voices and faces on news programs are hired to perform a role, a job description, a task. They are not employed to pursue morally driven journalism for the benefit of society.

If they perform as they are required, they advance and gain more exposure. If they rock the boat, there are a thousand other hungry job-seekers chomping at the bit to replace them and do exactly they are hired to do.

News anchoring is a job like anything else, and those at the forefront are the best at playing the role.

One of the creepier and more blatant efforts to homogenize thought and manufacture consent is to script the news at high level, then distribute these scripts to many different locales and anchors to read verbatim, while they feign authenticity.

This is partially a result of the business decision to save money by employing as few actual news gatherers as possible, but is also a key part of the strategy to achieve conformity amongst people of different backgrounds and interests.

The government has also been known to interject itself into the chain of command for selecting which news scripts are to be disseminated to the public.

This is the most fundamental characteristic of propaganda, and is rather embarrassing to witness once you realize just how disingenuous your local news presenters are and just how easily duped most people are.

Language is the greatest weapon of social control, and with mainstream media, powerfully debilitating language is pushed into every corner of our consciousness.

Conservative vs. Liberal. Democrat vs. Republican. Right-winger vs. Left-winger. Good vs. Bad. Left vs. Right. Right vs. Wrong. White vs. Black.

And so on. Ad nauseam.

The truth is that ideas and opinions are as vastly different as grains of sand on a beach, yet the media intentionally frames every issue in terms of a phoney left-right paradigm that has been constructed to pigeon hole complex ideas and interests into a cheapened thought prison.

No unorthodox idea or point of view can reach critical mass because everything is automatically framed in a ‘with us or against us’ mindset, turning people against each other for no reason other than to appeal to our desire to be on the winning team.

The mainstream media is the chief party responsible for creating the constructs of ‘left’ and ‘right,’ which have been tightly integrated into our social consciousness as a means of achieving divisiveness and disagreement among the populace.

This is the chief tactic of divide and conquer, and when people are compelled on any issue to ‘pick a team’ and fight the rivalry to it’s bitter end, many opportunities for true progress are lost and the populace is easily goaded into a position favorable to the elite.

6. Using the Language of Separation and Labels

Sometime in the 1990’s, the mainstream media stopped referring to people as ‘people’ or even as ‘citizens’ and began calling everyone ‘consumers.’

Once again, language is important to shaping reality, and as ‘consumers’ our role in the affairs of business and state are reduced to hapless bystanders whose job it is to choose and reject, not interject and affect.

We’ve all heard the label ‘conspiracy theorist,’ which is the most popular label used when an idea or story is unfavorable to the mainstream media and the interests that back them up.

You are a ‘conspiracy theorist’ if you ask questions, assimilate facts in a logical manner, or pursue justice outside of the main flow of public discourse on a popular issue.

This type of language is also part of the process of politicizing everything, and by also labeling people in accordance with their country of origin, religion, skin color, economic class, or whatever else, more wedges of division are driven into the populace, deflating our inherent power in numbers.

Press access to ‘important’ people in our society is tightly regulated, and the powers that be don’t like to be confronted with unexpected and hard questions.

For this, the mainstream media dutifully uses its access to people in high places to ask softball, trivial, nonsensical, ignorant questions about irrelevant and superfluous issues.

Independent media is winning the long race against corporate/fascist propagandized media because people are naturally inclined to resonate with common sense and truth, which is not at all what corporate mainline media is involved with.

White house correspondents shouldn’t waste our time and insult our intelligence by asking a war time president about his pet dog or a recent golfing trip. But they do, all the time.

8. Closing the Book Too Soon

Moving an important or complicated issue from the front page as quickly as possible is a common strategy to remove touchy subjects from the public conversation.

Sadly, our national attention span is at an all time low, mostly because we’ve been trained to move from issue to issue with lightening speed, never soaking up any one thing for too long.

With such a short term memory, it is easy to protect a politician, forget a genocide, ignore the long-term effects of a bank bailout, and so on, just by moving onto to something new.

Once the media has signaled that a story has been resolved or adequately discussed, then any after thought, individual investigation, or further inquiry is labeled as extremist and ignored.

With all of the important decisions being made daily by powerful people, decisions that genuinely affect quality of life for many people, the news outlets are steadfastly devoted to engaging in gossip, entertainment, murders and acts of violence, car accidents, disasters and other pablum.

The body politic is kept confused by celebrity happenings, endless sports contests and other such pageantry, and the media uses these many forms of distractions to fill time and brain space so that important issues are seen as a drag or as a downer, and never given proper reflection.

This is so ubiquitous in our society nowadays that there really is no escape.

When all else fails, just lie, make it up as you go along, sell your air time to the highest bidder, and never look back.

In the internet age, people are pretty keen on fact checking, rebutting, arguing, and gathering stats, and there are enough facts available to prove any side to any story.

In fact, this has become an art form for major media, and the ability to gather facts in accordance with an agenda is a profitable skill for the mainstream media.

Lying has always worked, and the bigger the lie, the more likely it is to be believed.

This one is a bonus and part of the new era of network news. Rather than employ virtuous gumshoes and hardcore reporters of truth, mainstream media instead invests in graphic artists to make each frame of the broadcast an over-designed motion collage of brain-melting info overload.

Staying focused on what the anchor or guest is actually saying is impossible.

By design, the news is presented in a mad shotgun blast of competing signals, and your attention is split in ten directions with tickers, bubbles, stock footage, gyrating lights and special effects.

The point here is to exhaust the mind with over-stimulation so that the brain cannot function methodically and cannot process an issue beyond the shallow surface. This is also known as hypnotism, or mind-control.
Conclusion

News is a commodity just like everything else these days, and although many still believe the point of news is to inform, it is important to accept the hard truth that the purpose of the news is really just to sell something, be it a product, an idea, a candidate, a public image, a war, or whatever.

For this, the mainstream media is focused on first deciding which issues are to be discussed in the public forum, then by using a bagful of tricks to shape people’s perceptions of an issue, the media divides us and pits us against each other while leading us into consent for an underlying and hidden agenda.