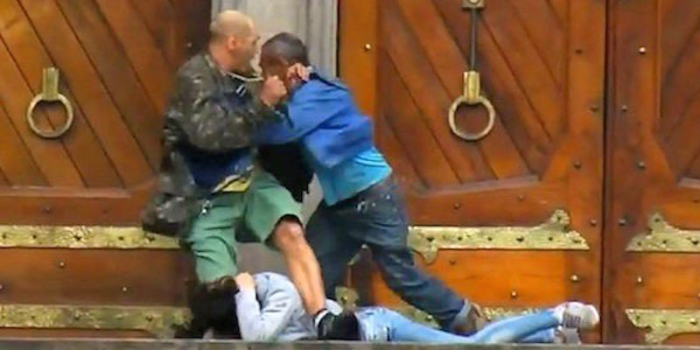 If you see a homeless man sitting on the street, what’s your snap judgement? Do you think he should shave and get a job? Do you walk right by?

Francisco Erasmo Rodrigues de Lima, a 61-year-old homeless man in Brazil, is probably someone who would be judged harshly by many – yet he did something incredible. He sacrificed his own life to save the life of a woman being held hostage at gunpoint.

Francisco cornered and tackled the man, allowing his victim to run away. During their fight, Francisco was shot twice. He died of his wounds not much later.

The gunman was 49-year-old Luiz Antonia da Silva. He previously served 22 years in jail for theft. After killing Francisco, Luiz was himself shot and arrested by police.
Source: Womansvibe
at 10:58 AM
Email ThisBlogThis!Share to TwitterShare to Facebook
Newer Post Older Post