Home » »Unlabelled » The Plant That The Bible And Quran Speak Of It Cures Everything, But Death

The Plant That The Bible And Quran Speak Of It Cures Everything, But Death

9:11 PM
shanka
Have you ever heard of Nigella Sative? You may not, but you surely have heard about black cumin which is an annual flowering plant from the Ranunculaceae genus, which is popular for its black seed fruit that is known as black cumin.

Black cumin is even mentioned in the holy books like the Bible and Quran. It is believed that black cumin is God’s plant because of its powerful healing abilities for any disease that human can have.

This is one of the most popular plants in the medicinal field. The ancient Egyptians have treated poor digestion, colds, headaches, toothaches and infections with this plant. When Tutankhamen’s tomb was discovered, the archeologists found black cumin seeds inside. You can find records about this plant in the Bible and the Hadith where the Islam prophet Muhammad says that “Black cumin can heal every ailment except death”. 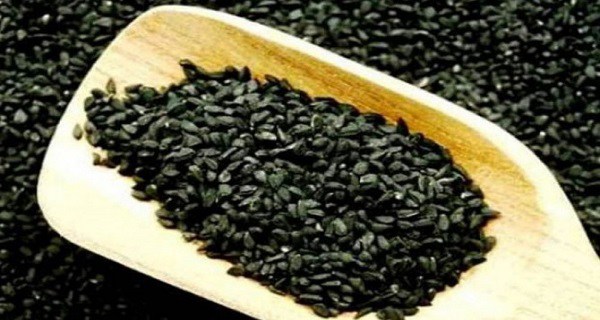 The history of using this plant dates further than the ancient Egyptians and today it is considered as the most efficient healing plant that can prevent or cure many health conditions. The medical experts often call it a universal cure because it is helpful in treating almost all health conditions.

Over 200 researches have been conducted about the healing abilities of black cumin by many universities, which confirm that the black cumin seeds have positive effect on many diseases, particularly autoimmune ailments such as rheumatoid arthritis, psoriasis, asthma, allergies and allergic rhinitis. It also reduces blood pressure, cholesterol levels and triglycerides; diminishes eczemas, acne, pneumonia, bronchitis, sinus congestions, ulcers, gastritis, helicobacter infections, liver ailments, chronic fatigue, poor circulations and cancers. Also, it reduces the side effects of chemotherapy.

In addition, it has been clinically proven that the black cumin eases the symptoms of allergies, allergic rhinitis and allergic asthma. Its oil unblocks the respiratory canals allowing easier breathing, while its antibiotic characteristics can disable the development of secondary bacterial infections which often come along with seasonal allergies. Black cumin improves your organism’s reaction to allergies and increases its tolerance step by step, completely naturally and safely.

Great for the heart

Black cumin positively impacts the cardiovascular system. It firms the inner walls of the blood vessels and raises their elasticity, which normalizes the blood pressure.

According to several researches black cumin oil lowers the triglycerides and LDL (bad cholesterol) levels. It reduces the blood sugar levels very effectively by causing the pancreas to produce insulin and increase the cells’ sensitivity to it. It is particularly efficient in type II diabetics.

These researches have proved that the black cumin has potent anti-cancer properties and it can be freely included in cancer treatments because it impacts the malign cells and improves the immune system.