10:26 PM
shanka
4
While the President of the United States is seemingly taking the side of radical Islamists, and working to weaken and destroy the fundamental principles that Western civilization and society are built upon, other leaders are stepping up to lead the fight against the destructive and murderous ideology.

The United Kingdom’s Prince Charles is in the middle of a week-long tour of the Middle East, where it is expected that he will deliver a strong message to Muslim leaders regarding the prevalence and growth of the radical Islamist mindset. 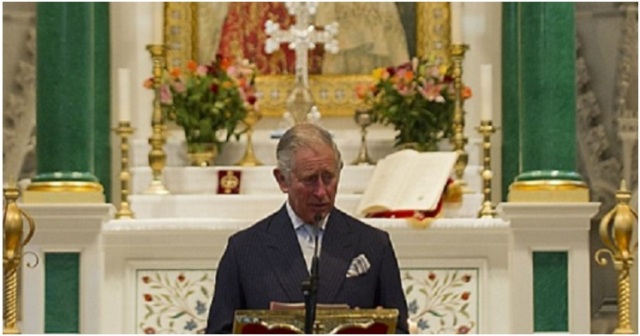 According to news the Crown Prince intends to demand that Muslim leaders in the U.K, and around the world, stop radicalizing young people, and to show some respect for Western culture and values.

He is also telling them that any Muslims who come to the U.K. need to abide by the English standards that are already in place, and stop trying to force their way of life on the people who were there before them.

“The radicalization of people in Britain is a great worry,” the prince told the BBC. “The extent to which this is happening is alarming, particularly in a country like our’s where we hold values dear.”

The prince is further troubled by how rampant the radical ideology is on the Internet, and how easy it is for young people to be radicalized online.

Such a strong stance against radical Islam and in defense of Christianity has elevated the prince to the historic title of “defender of the faith.”

The prince has lived up to the title by calling out Islam for the persecution of Christians and other minority religions in the Middle East, by unequivocally stating that Christians were in the region first, hundreds of years before the arrival of Islam.

He has strongly denounced the atrocious actions of the Islamic State, and how they have slaughtered and exiled hundreds of thousands of Christians and Yazidis from northern Iraq.  He says that if this continues there may soon come a day when there are no more Christians in the Middle East.

“The tragedy is even greater because Christians have been in the Middle East for 2,000 years, before Islam came in the 8th Century,” Charles stated.