Home » »Unlabelled » Do You Know the Truth Behind The Nickel-Sized Scar On The Upper Left Arm and Its Real Meaning?

Do You Know the Truth Behind The Nickel-Sized Scar On The Upper Left Arm and Its Real Meaning?

11:02 PM
shanka
Our skins record the histories of life’s close scrapes. One of the most common marks that humans carry is, we hope, bound for extinction: the nickel-sized cicatrix left by a successful smallpox vaccination.

The deadliest disease in history, smallpox was eradicated worldwide more than thirty years ago. With each passing year, fewer of the world’s inhabitants bear the mark of smallpox vaccination on their arms.

Fewer still can remember what those scars once meant. Our fading vaccination scars are not simply a tattooed testament to one of the greatest scientific and medical triumphs of all time.

These scars are also a reminder of the shocking level of coercion and harsh treatment once used in vaccination campaigns—and the widespread popular resistance sparked by those measures. 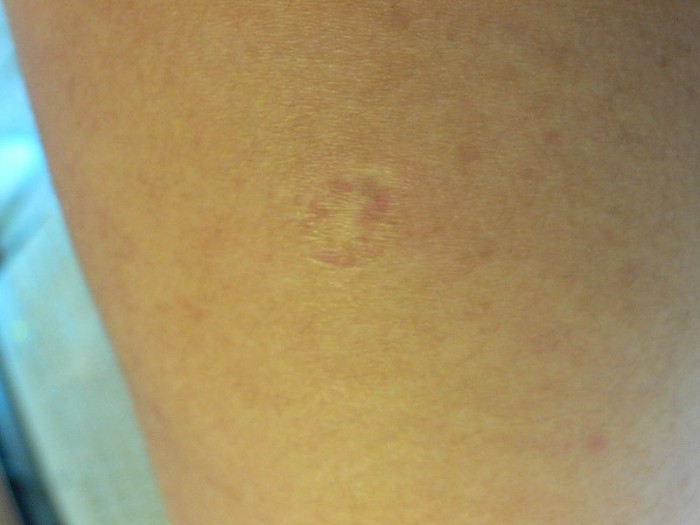 As smallpox spread across much of the country, infecting and killing thousands, a vaccination scar on the upper arm assumed a new sociopolitical significance.

By 1900 the mark of vaccination, a medical practice already more than a century old, should have occasioned little notice. But as the United States stepped onto the global stage as an imperial power, the most productive industrial economy in the world, and a principal destination for the world’s immigrants, the scar became a badge of “civilization” and citizenship.

Immigrants could not enter the country without one. On US soil, the scar served as a kind of domestic passport, required for admission to many schoolhouses, workplaces, and public spaces. During a smallpox outbreak, anyone who lacked a vaccination scar risked arrest, shotgun quarantine, and, if the person refused to bare an arm for the vaccinator’s lancet, forcible immunization. Seasoned health officers knew better than to trust paper vaccination certificates; they demanded to see the scar. As one writer noted in American Medicine, “This certain, well-defined sign cannot be forged.”

Smallpox is a horrible disease that caused a scarring rash and killed many people.

The World Health Organization organized a vaccination campaign that eliminated Smallpox from the world.The last natural case of Smallpox occurred in Somalia in 1977, and the disease was officially declared eradicated in 1980.

Routine smallpox vaccination stopped in 1972 in the U.S. All countries had quit routine vaccination by 1986.

So, that leaves the BCG vaccine. BCG stands for Bacillus Calmette-Guérin. The BCG vaccine is used to protect people from human tuberculosis.

Interestingly, the BCG vaccine strain was developed from the bacteria that cause tuberculosis in cows. People can catch cow TB by being in close contact with cows or by drinking infected milk.

People will not develop cow TB from the BCG vaccine strain because it is attenuated. Attenuated means it is a weak form without the ability to cause disease. It is better adapted for living in culture dishes than in a living body.

People develop an immune response to the BCG vaccine that provides some protection against severe cases of human TB.

The BCG vaccine also makes people have a positive skin test for TB. There is not any easy way to tell if a person who has a positive TB skin test has been exposed to TB or if it is a reaction to the BCG vaccine.

Because of these issues, the BCG vaccine is routinely used only in countries with high rates of TB.

Fortunately, the turn-of-the-century vaccine wars left their marks not only upon the nation’s arms but also on its law books. In order to strengthen public confidence in vaccines, Congress enacted the Biologics Control Act in 1902, establishing a new federal system for licensing and regulating vaccines. American courts issued rulings that placed public health authority on firmer legal ground while also establishing key protections for individuals’ civil liberties. Perhaps most important, popular opposition taught government officials that when it comes to public health, education can be more effective than brute force.

The stories our scars can tell.