12:31 PM
shanka
A strong alpha female might seem intimidating at first, but there’s more to her than just her fiercely strong persona. The alpha female, if you dare dabble, is the best girlfriend you’ll ever have. Here are just a few reasons why: 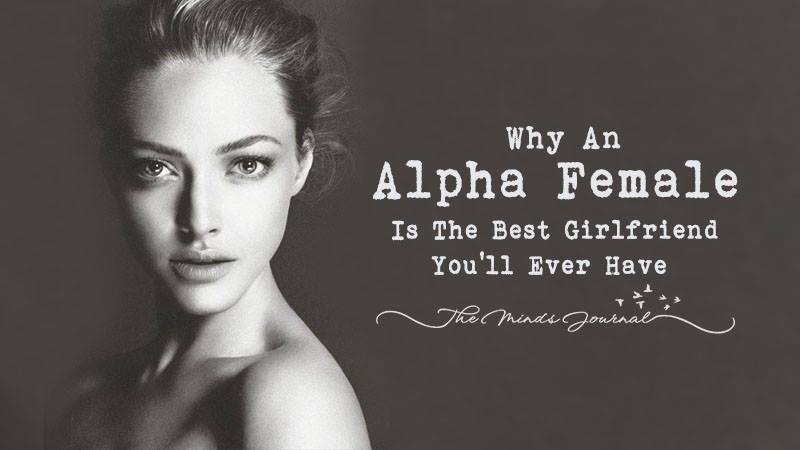 You never have to guess if she’s putting on a front just to reel you in, because she doesn’t really care what you think. She’ll be her authentic self because she lives by the mantra, “Take me as I am, or watch me as I go.” She holds her dignity in high regard and doesn’t feel the need to act innocent and fragile just to avoid scaring you off.

2. She’ll Challenge You To Be A Better Man.

If there’s anything her man wants out of life, whether it’s a project or a goal he’s working towards, she’ll push and support him in his pursuit of obtaining it. She wants her partner to succeed, too, because she knows it makes them a better team when they’re both winning.

3. She Lives Life In The Fast Lane, Which Makes Being With Her Fun.

She maximizes her downtime as much as her crunch time. When she’s not working her ass off to better herself, she’s enjoying life in the best ways she can. She’s not the homebody type and would rather go out and be social, hike a mountain, or jet off on a trip to make fun and lasting memories than get into a sweatpants-and-couch rut in her relationships.

She doesn’t need a man to provide for her in life, because she provides for herself. This means if she’s with you, it’s purely because she wants to be with you. There’s nothing more sincere and amazing than a woman who truly wants you around even when she can rock the game of life on her own.

If you forget to do things that need to be done from time to time, she won’t waste her time getting on your case about it. Instead, she’ll figure out a way to get them done on her own. She has better things to do with her time than nagging her partner about petty things.

6. She Won’t Give Up On The Important Things.

She won’t throw in the towel on her relationships at the first sign of struggle, because struggle is her middle name. She faces all challenges head on and she won’t hesitate to find ways to improve the life you share.

Sex with an alpha female will always be amazing because not only does she genuinely enjoy passion and intimacy, she’ll actually be the one to initiate most of the time. Sometimes after a long hard day of killing it, she just wants to rip off the clothes of the man she cares about. And she’ll always leave you wondering when she’s about to jump you next.

8. You Don’t Need To Worry About Her.

If she goes out with her girls or has to take a trip somewhere without you, you don’t need to worry she’s going to be faced with any damsel in distress moments, or that you’ll need to rescue her from any situation. She’s a woman, not a princess; she’s got this shit handled.

The alpha female likes to be on point, always. This goes for her career, her health, and her looks, so you don’t need to worry about her falling into any lazy ruts or that eventually she’ll be rocking nothing but sweatpants and a messy bun for days on end. She’ll have lazy days like any other woman, but they won’t last long because she can’t stand not being the best version of herself she can be.

10. She’s Extremely Loyal To The Ones She Loves.

When she’s in love, she has her boyfriend’s back in every way, shape, and form. She’ll challenge you to be the best version of yourself while taking care of anything you need in support along the way. She views her relationships as priceless partnerships and just like her go getting attitude about her life overall, she’ll strive to make your duo the best possible team you can be together. Because she doesn’t live a mediocre life, she only wants what’s amazing. If she’s with you, you must be pretty amazing to capture her heart and attention.
Written by: Andrea Wesley  via :  Thinking Humanity