12:28 PM
shanka
It’s been almost two years of the investigation known as “Operation Pacificer,” but 870 suspected pedophiles have now been arrested. The news was announced on Friday by the FBI and Europol just days after a court sentenced Florida-based Steven Chase to 30 years in prison. Chase is the alleged founder of the Playpen pedophilia network. 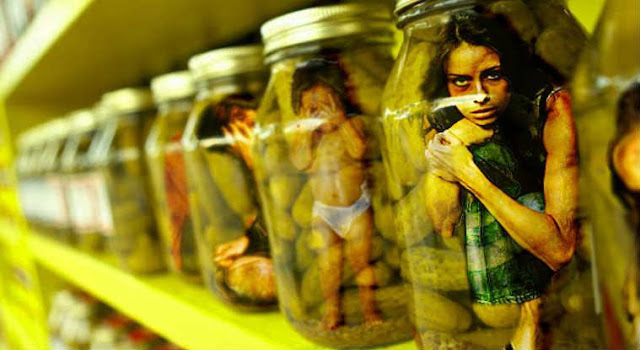 Thriving on the darknet, Playpen works around legalities by using encryption and anonymity software to ensure users keep their identities hidden. The secret network allowed users to anonymously share photos and videos that exposed the sexual abuse of children. The FBI used malware to occupy the forum, which ultimately gave them the ability to track and identify its users.

Chase’s 2014 arrest marked the beginning of a long investigation into the members-only forum, resulting in hundreds of arrests.  However, despite at least 259 sexually abused children having been identified from the massive underground network, American mainstream media has remained silent on the story.

Of concern is law enforcement’s choice to partake in pedophilia for the point of tracking down the actual facilitators of child pornography, along with hacking and tracking users with just a single warrant.

Law enforcement authorities then took over the network and operated the pedophile site for several weeks – technically making them facilitators of child pornography themselves — hacking and tracking users of the site by installing malware onto their computers.

“The warrant here did not identify any particular person to search or seize. Nor did it identify any specific user of the targeted website,” the Electronic Frontier Foundation (EFF) said regarding Operation Pacifier. “It did not even attempt to describe any series or group of particular users.”

But Steven Wilson, head of Europol’s European Cybercrime Center, called such methods necessary. “We need to balance the rights of victims versus the right to privacy,” he said. “If we operate by 19th century legal principles then we are unable to effectively tackle crime at the highest level.”

However the piece of the puzzle that continues to go unnoticed is the role of global elitists in this unfathomable ring. Take a look at President Trump’s press conference on the subject this past February, discussing his plans to go after the victims of the “human trafficking epidemic,” in which former U.S. Congresswoman Cynthia McKinney said that doing so would result in the downfall of both Republicans and Democrats in the United States.

But the silence only protects people in power, and continues to affect so many children. Child trafficking is a growing problem that cannot be ignored, and the media can no longer stay silent about, regardless of fears that it will call out powerful people and harm tight relationships.

There have been too many instances to ignore, including the 1,400 individuals that underwent investigation by the British police as part of the historic VIP sex abuse network believed to include celebrities and politicians. The inquiry fizzled out as a result of heavy pressure from powerful brokers in the U.K. establishment.

There are various other cases to note, and yet pedophilia and child pornography continue to escape justice. One can only assume that blackmailing and bribery are keeping lips tight.