11:49 AM
shanka
Slavery may be deemed a historical term in many societies at this point, but it’s certainly not a thing of the past. Human trafficking, for instance, produces hundreds of billions of dollars in profit by trapping millions of people in unfathomable situations around the world. Human traffickers resort to violence, threats, deception, debt bondage, and other forms of manipulation to force people to take part in commercial sex or other services against their consent. 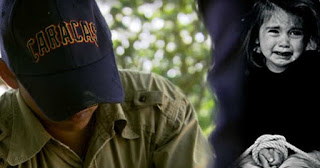 According to the International Labour Organization, there are an estimated  20.9 million victims of human trafficking globally, with 68 percent of them trapped in forced labor, 26 percent being children, and 55 percent being women and girls. The organization also estimates that forced labor and human trafficking is a $150 billion industry worldwide.

It’s unlikely you’ll hear of a human trafficker coming forward about their crime, but recently, one has done just that, going on the record and confessing during a filmed interview that he sold thousands of children into sex slavery and killed hundreds who he wasn’t able to sell off.

Ross Kemp, a British investigative journalist, was able to get a hold of the child trafficker for an interview. Kemp is an award-winning journalist known for his raw documentary making that exposes situations many others would fear.

According to the child trafficker, he admits to losing count of just how many young girls he killed. However, he estimates that it’s “somewhere between 400 and 500.”

In the interview, it seems clear Kemp displays immense discomfort and uncontrollable emotional unease as he sits face-to-face with the man, who admits to essentially dehumanizing so many innocent children, even killing hundreds of them.

Of the interview, Kemp revealed he had to fight back tears, saying he was “shocked” and “horrified” by the serial killer’s words. He said, “interviewing a guy who admits to killing 400 to 500 kids but doesn’t know exactly how many – that did make me cry.”
The trafficker, “Mr. Kahn,” hits Kemp with extreme confessions that would make even the most fearless journalist, never mind any bystander, squirm in their seat. Kahn revealed he had “trafficked three or four thousand” young girls, or perhaps even more. With such a revelation, Kemp goes on to ask the human trafficker if he sold girls as young as nine for sex. The man admitted to selling girls who are 12.

As for whether he ever returned children, Kahn said no. Rather, he simply killed them. Kahn said, “If they try to run away, or if there’s any trouble selling them, they are killed and buried.”

Kahn even convinced young girls he would marry them.

At the time of the interview, Kahn had 75 traffickers working for him, and was currently being investigated for over 25 different offenses, though he has never been tried for any of his crimes. He had been trafficking for seven years.

“We go to poor communities, often Muslim or tribal, and look for real beauties,” Kahn said of what he looks for in a victim. “The girls are auctioned, and go to the highest bidder.”

The full interview, below, may present some disturbing facts, but it’s the awareness that’s needed regarding the awful crimes.