Scientology centers in Tennessee have been closed after police rescued two patients being held and medicated against their will. 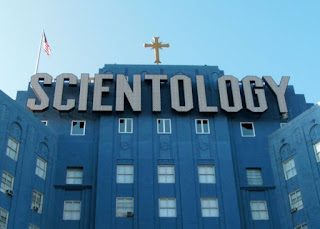 Tiny cabins and a double-wide trailer belonging to the Church of Scientology were recently raided by Tennessee police after they received a 911 call from a person trapped inside.

“We proceeded up the hill through a gated, makeshift paddock that is secured externally with a steel latch,” the Cannon County officers reported.

There, they saw the person who had called them looking out through a Plexiglas window.

“He is locked inside the cabin with no way to remove himself from the building,” the report went on.

The site’s caretaker, Dennis Flamond, allowed the officers inside, where they found a mostly empty room with a small pile of sheets in the corner.

The caller told officers that he had been held there against his will for nine months and was being given unknown medications supposedly meant to “cleanse” him through Scientology. The man said that he was being mistreated and showed the officers his bare, lightless room.

The officers removed the man from the premises and contacted his mother, who was in disbelief. She had learned about the facility online, where it was portrayed completely differently than the grim reality.

By the time officers returned with a search warrant for the rest of the facility, Flamond was packing his things.

Officers also found a female patient, who was also hospitalized, along with several boxes of evidence.

Three suspects have been arrested and two of them — Flamond and Hans Snyder Lytle (the site’s manager) — have pleaded guilty to two counts of false imprisonment.

Scientology is a controversial church founded by Ron Hubbard in 1955. It has achieved widespread fame with the help of celebrity members like Tom Cruise, John Travolta, and Beck. It was recently involved in another bout of scandal after former member Leah Remini released a docuseries on the institution.

“You’re not going to continue to lie to people and abuse people and take their money and their lives,” Remini tells the church in the show’s opening. “If I can stop one, then I’m gonna do it.”