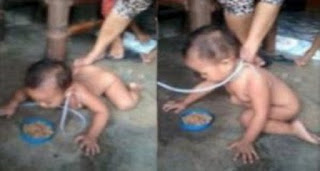 It seems the whole world got outraged at a woman by the name Ayra Dela Cruz Francisco. The reason for that, she reportedly posted photos of her baby in a dog leash eating what appears to be dog food.
Lurleen Hilliard from the anti-child abuse campaign “No longer Victims” from Dublin, Ireland was one of the people who immediately intervene in this bizarre case.
“No longer Victims“
She told the Daily Mail:
“I was trawling through Facebook on Monday when I came across the images she had posted on her page.”
She also added:
“If we tolerate this level of abuse and parents think they can post these images online in order to boost their page or to make themselves look good then all we’re doing is saying that we support, and we’re enabling, child abuse.”
Lurleen said that if this is what she does to her baby and post it online, imagine what she might be doing to that little poor soul when nobody’s watching.
Soon as she saw the pictures, she immediately contacted the authorities in the U.S. Dela Cruz Francisco now is in custody but as Lurleen explains, she is still worried about the outcome of this tragic situation.
She said:
“Apparently, the father works for a government agency so whether they’re going to try and pull some strings to allow her off with a slap on the wrist, but I’m determined that that’s not going to happen.”

“I’m going to keep on at it and keep pressure on them for her to be charged, because it’s not acceptable.”
The Secretary of the Department of Development and Social Welfare, Dinky Soliman said that this is a clear case of child abuse.
You Can See the Images Bellow! 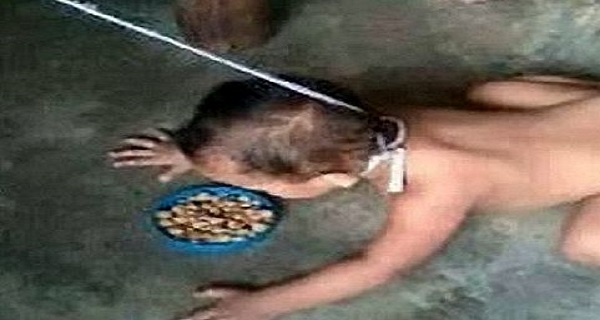 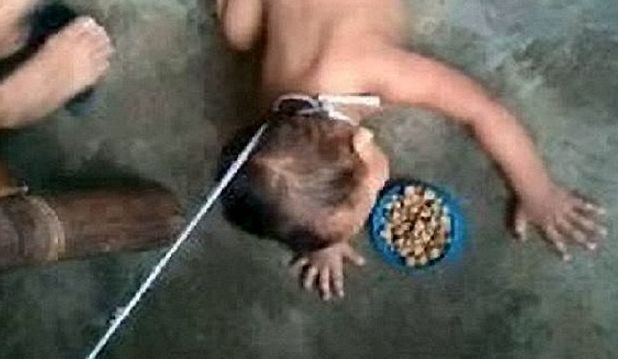