Home » Life » If He Does These 11 Things, He Doesn't Give A Crap About You
Life

If He Does These 11 Things, He Doesn't Give A Crap About You 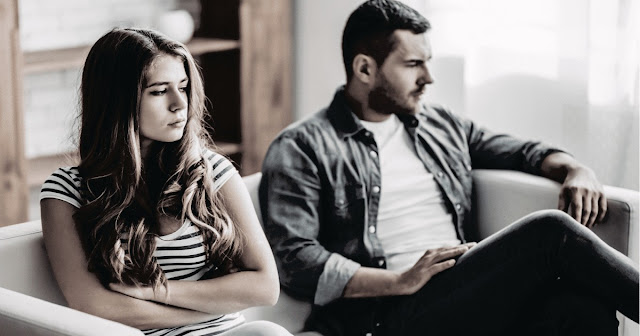 1. He leaves you right after sex.

All he wants from you is your body, and nothing else. If you have a magical night in the bedroom with him, and he leaves right after without even making an effort to engage in small talk with you, then you’re just out of luck. He wants nothing more out of you and he’s really not interested in loving you at all.
2. He doesn’t reciprocate your compliments for him.

If you tell him that he has a nice haircut, or that his clothes look good on him on that particular day, and it seems like they fall on deaf ears, then he really doesn’t care about you. He doesn’t give importance to your thoughts and opinions of him, and he also doesn’t care about giving you compliments to make you feel good either.
3. You catch him looking at other girls in your presence.

Your feelings don’t matter to him and he knows that you’re probably going to get hurt if you catch him staring at other women, but he can’t help it. He’s not interested in you, and he’s more. interested in strangers around him.
4. He will avoid making eye contact with you at all costs.

Eyes are windows to the soul, and maybe he just doesn’t want to hurt your feelings when you discover the truth about his intentions. If you manage to see the expression of disinterest in his face when he looks at you, then you’ll get disappointed really quickly.
5. He looks like he’s always sad.

Despite being in a relationship with you, he always looks like he’s depressed. It’s as if you always leave him feeling unsatisfied and unhappy. The reason why he could be experiencing chronic sadness is because he really doesn’t love you and he knows it deep down.
6. He never replies to you on social media.

Snapchat stories? Facebook tags? Instagram messages? Yeah. It’s as if you’re engaging in a conversation with a wall. He will never make an effort to acknowledge your presence on social media because he just doesn’t care about you enough to do so. He sees you as just another person who isn’t worthy of his attention or time.
7. He doesn’t make an effort to look good for you.

Your opinions and your thoughts of him couldn’t interest him any less. He doesn’t care about what you think of how he is or how he presents himself because he really just doesn’t care about you in general. He doesn’t believe that he should be making an effort to look good for a girl he really just doesn’t have an interest in.
8. He always chooses his friends over you.

He blows you off in favor of his friends a hundred percent of the time. He doesn’t see you as an important person in his life, and he would rather devote his time to other people who actually mean something to him. His friends will always come first in his mind when it comes to choosing between the both of you.
9. He doesn’t make an effort to initiate conversations with you.

If you’re the one who is constantly trying to initiate conversations, then you’re probably the only one who is interested. Especially when you notice that he’s not interested in prolonging whatever conversations that you’re engaging in, then you should just take that as a sign to find someone new.
10. He tries to distance himself from you.

If he’s constantly making an effort to be away from you, then maybe he really isn’t the guy for you. If he always has an excuse to not spend time with you, then he’s practically avoiding you because he’s just not interested in you. He doesn’t care how it makes you feel because he hopes that someday, you’re just going to get over the fact that he doesn’t love you.
11. He never give you his full attention.
If it feels like he’s constantly distracted when he’s talking to you, it’s probably because he is. There are other things on his mind that he finds more interesting than you, and you will never have the privilege of gaining his full attention. He doesn’t leave much room for you to occupy in his mind and it’s probably best for you to just move on.

This article was republished from relrules.com. You can find the original post here.