Home » »Unlabelled » Architect Turns Old Cement Factory Into His Home, And The Interior Will Take Your Breath Away

Architect Turns Old Cement Factory Into His Home, And The Interior Will Take Your Breath Away 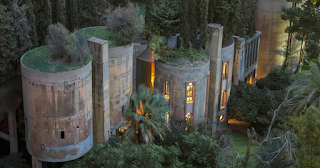 When Ricardo Bofill stumbled upon a dilapidated cement factory in 1973, he immediately saw a world of possibilities. La fábrica was born, and almost 45 years later, the structure has been completely transformed into a spectacular and unique home.

The factory, located just outside of Barcelona, was a WWI-era pollution machine that had closed down, and came with many repairs to be done when Ricardo Bofill and his team purchased it. After years of partial deconstruction, the determined architect proceeded to lace the exterior of the property with vegetation, and furnish the interior as a modern living and work space.

La fábrica is a work in progress to this day, to which Bofill likens his own life, as his visions for the future continue to change shape. The industrial chimneys that once filled the air with smoke now overflow with lush greenery, a fine example of the beautiful transformations that result from creative thinking. 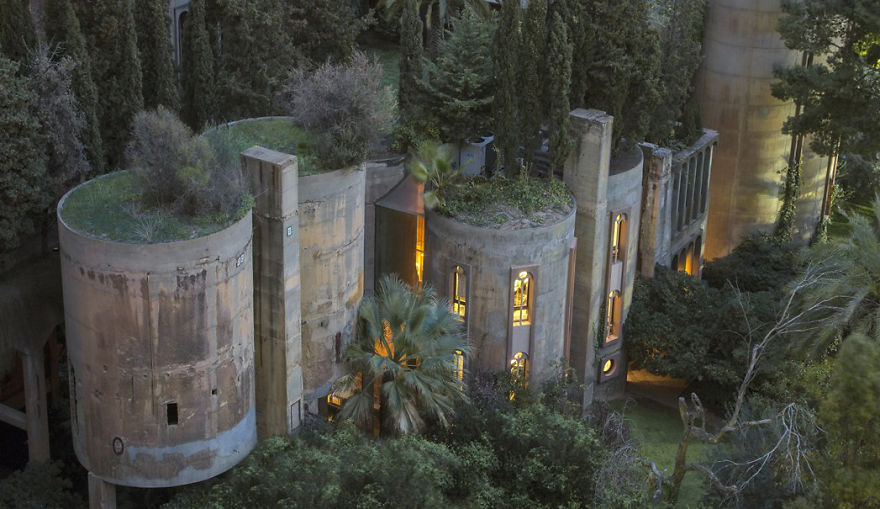 He immediately saw potential in the building, and began renovating it into his home 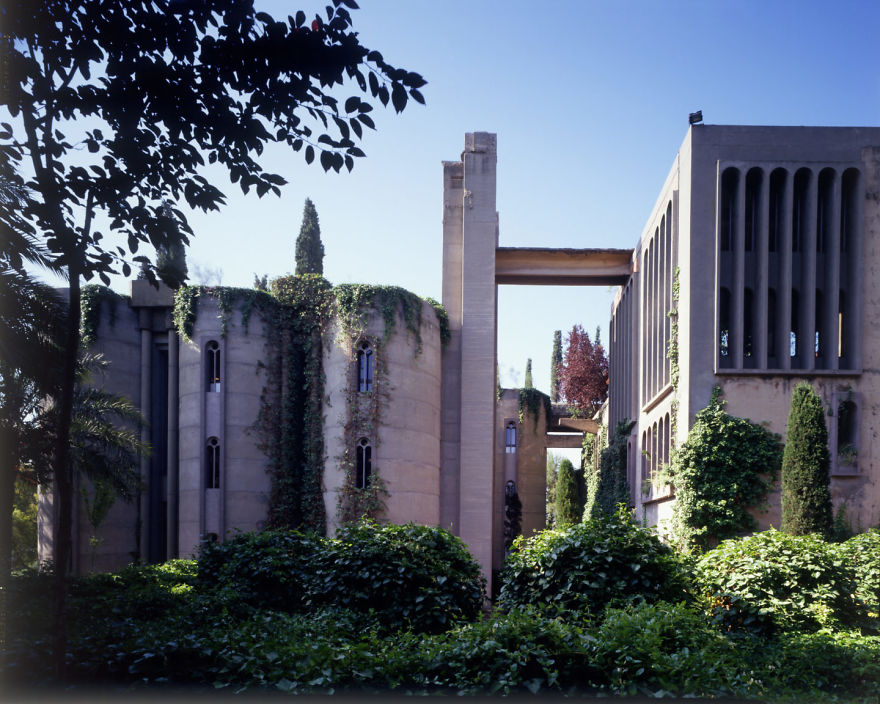 After years of partial deconstruction, his team proceeded to furnish the interior as a modern living space 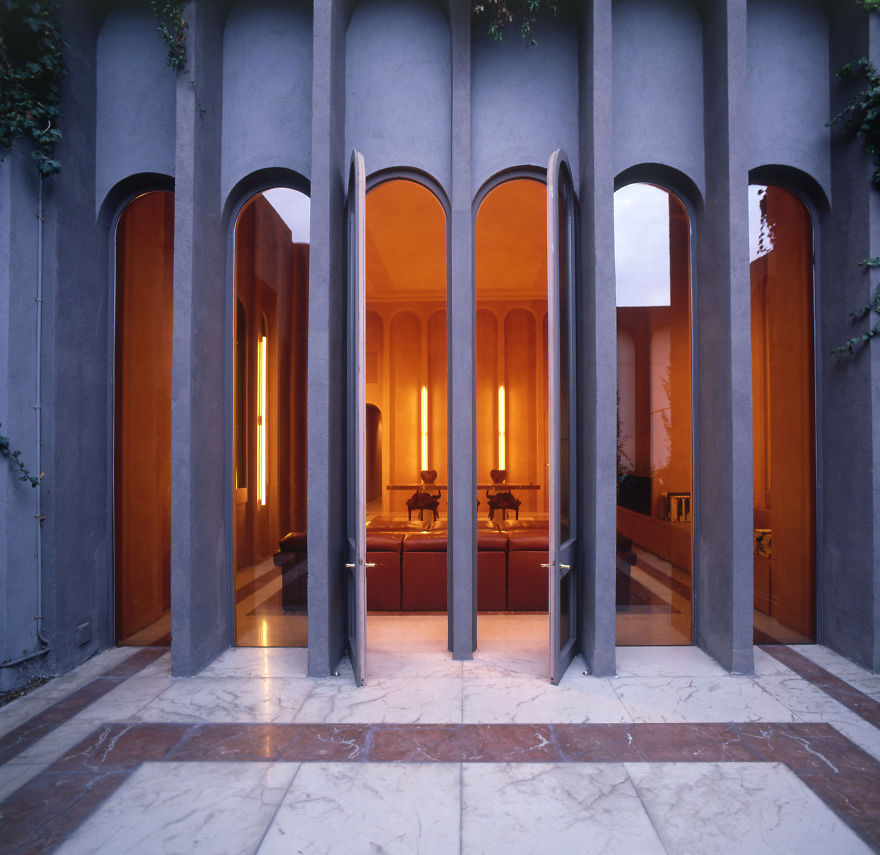 The exterior was laced with vegetation, and now overflows with lush greenery 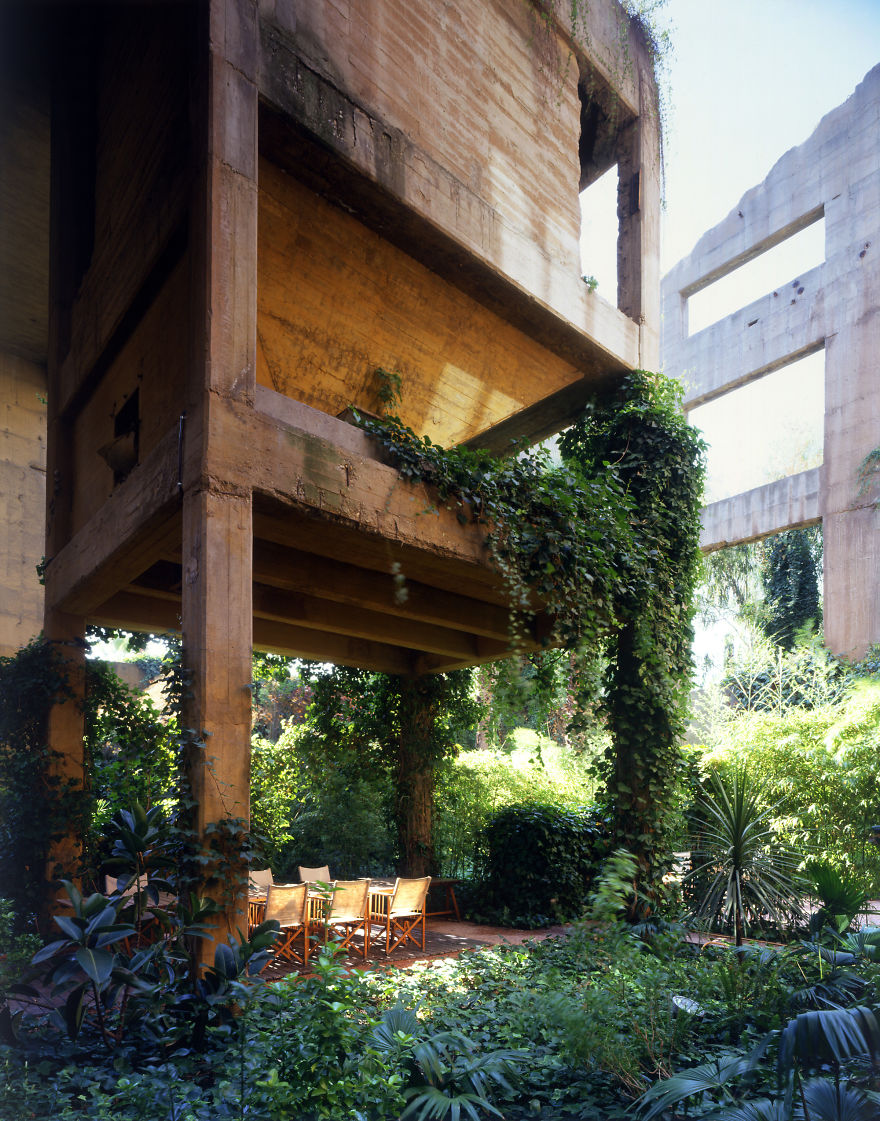 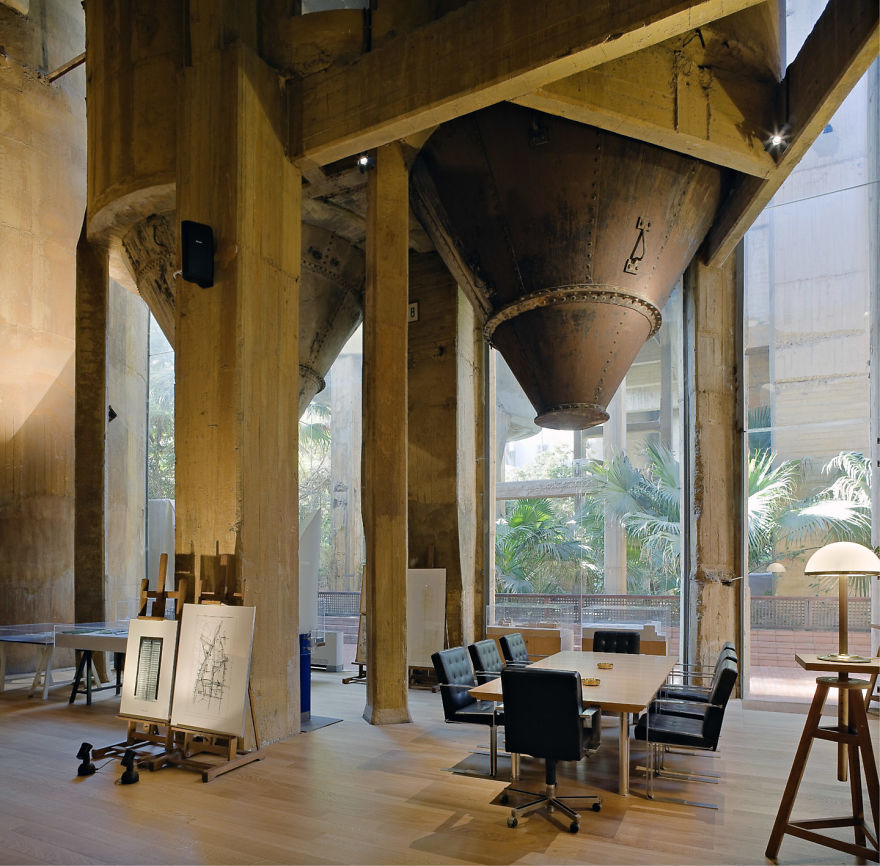 Each room is designed with its own special purpose, and no 2 look quite alike 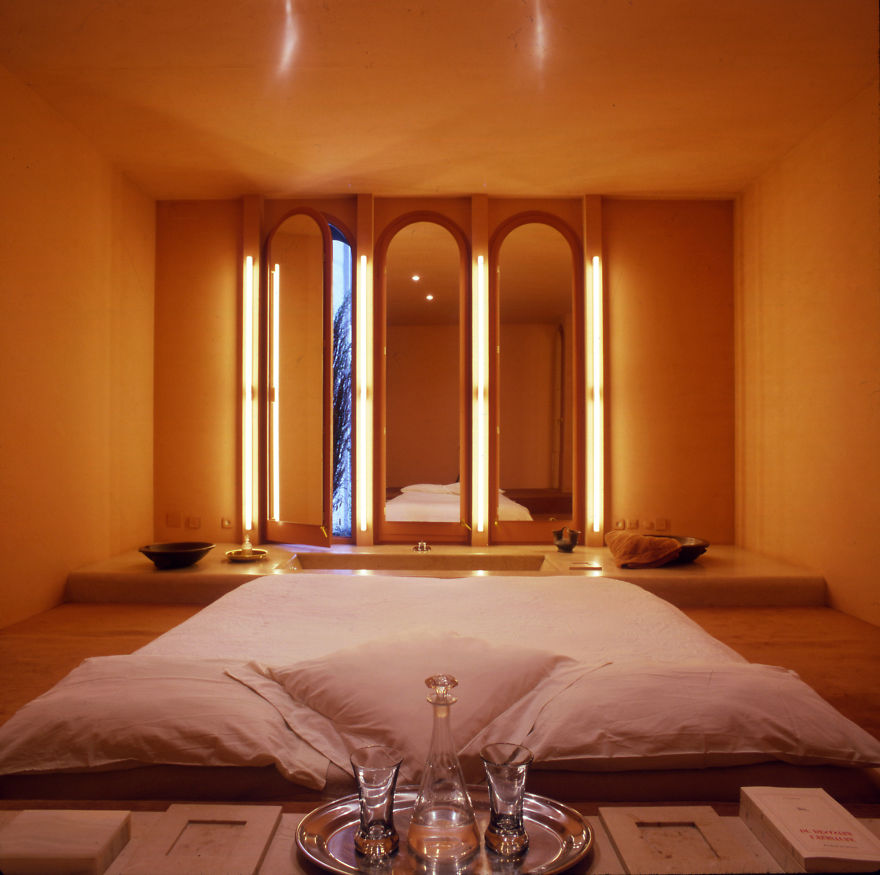 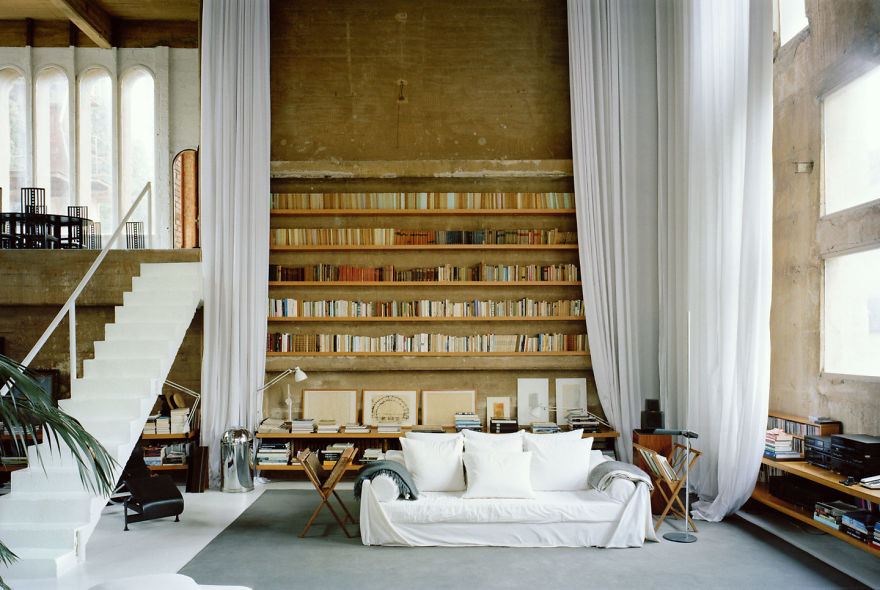 “Life goes on here in a continuous sequence, with very little difference between work and leisure” 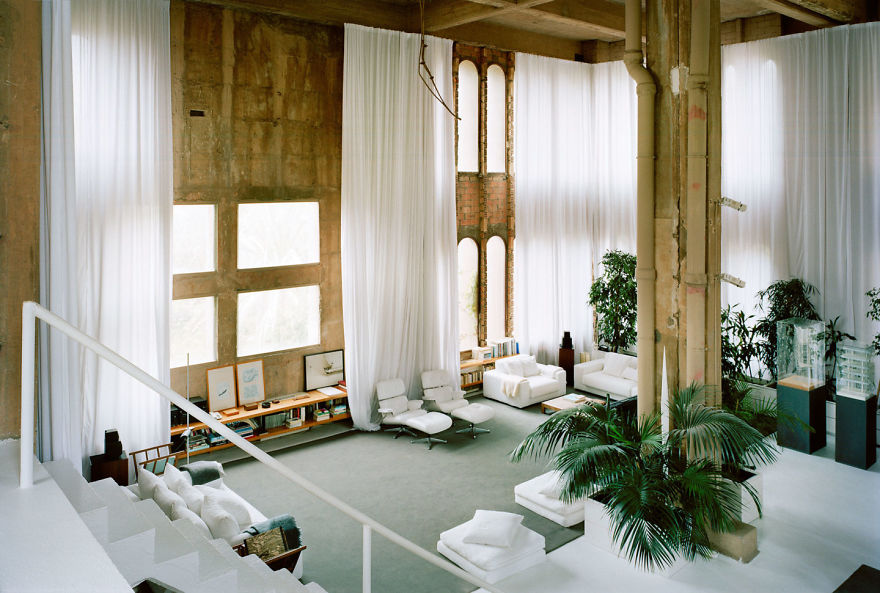 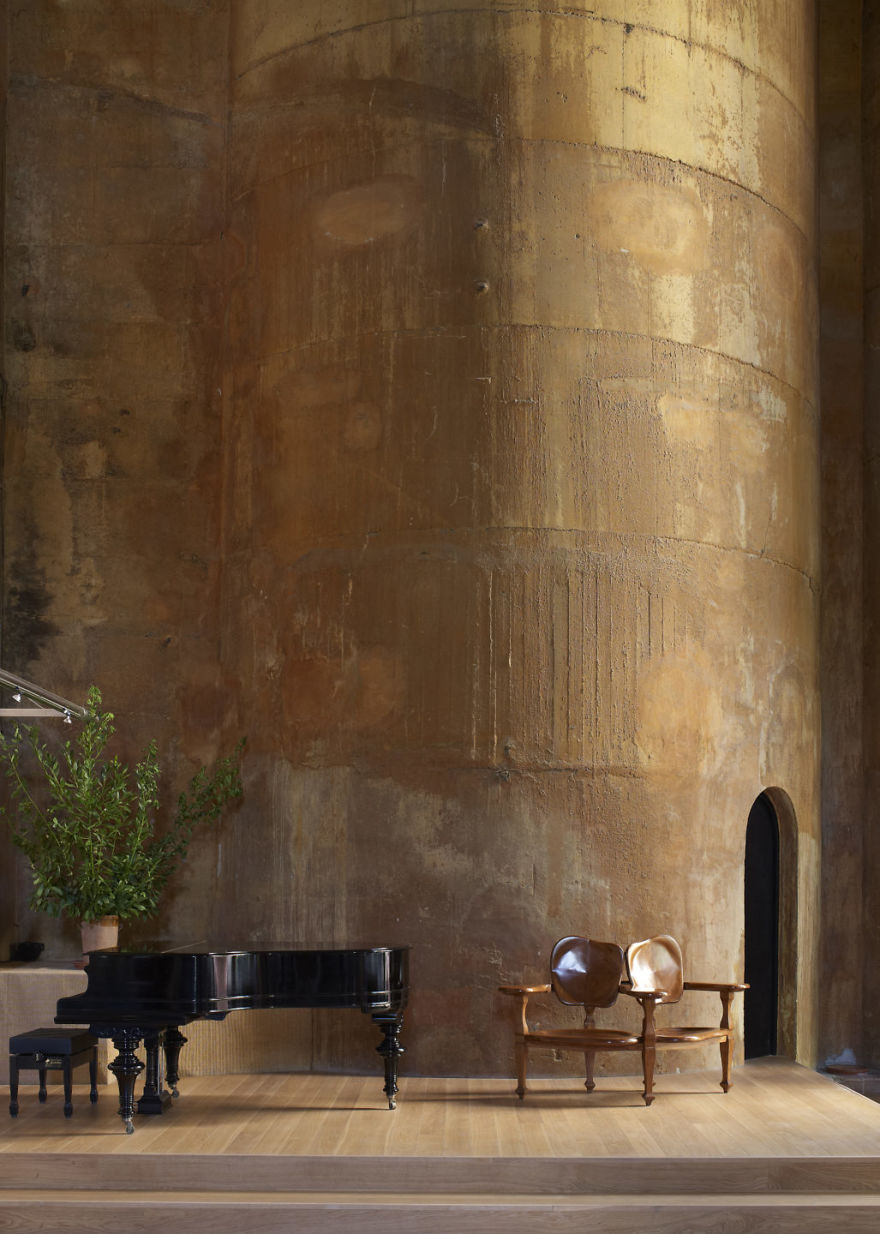 Work space is also a crucial component here, as Bofill’s team uses part of the residence as a studio 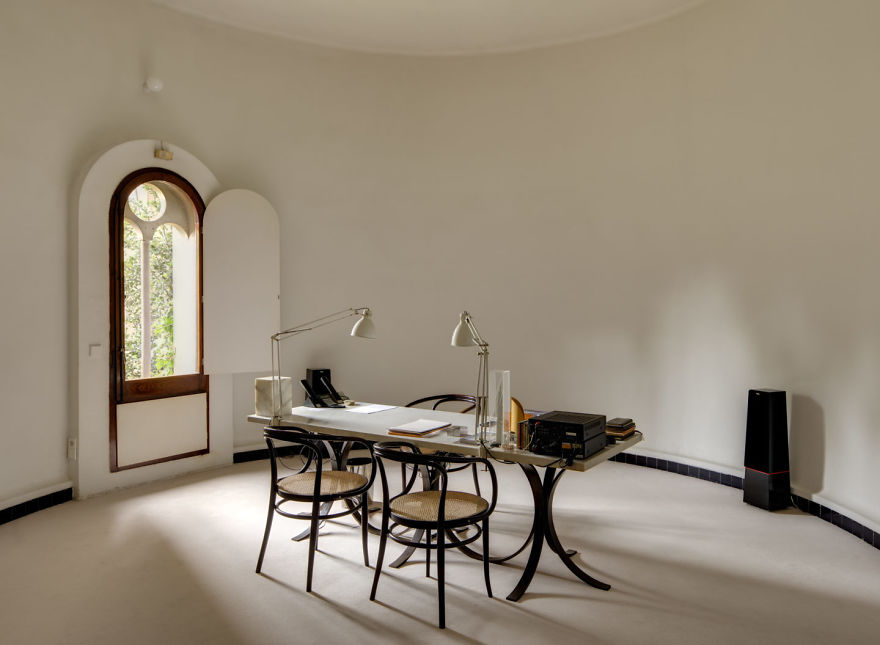 The exterior is mostly covered by grass, but also eucalyptus, palm, and olive trees 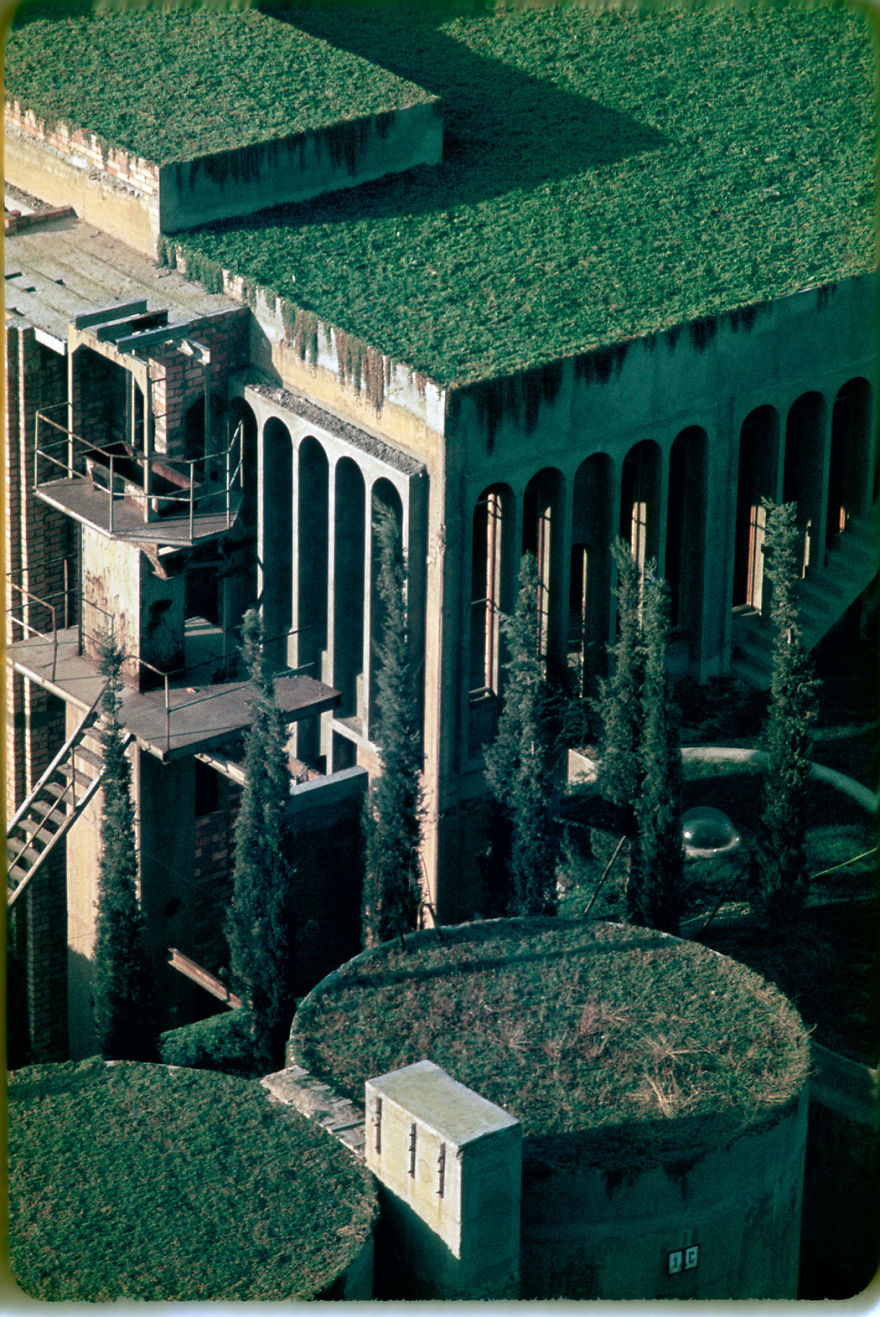 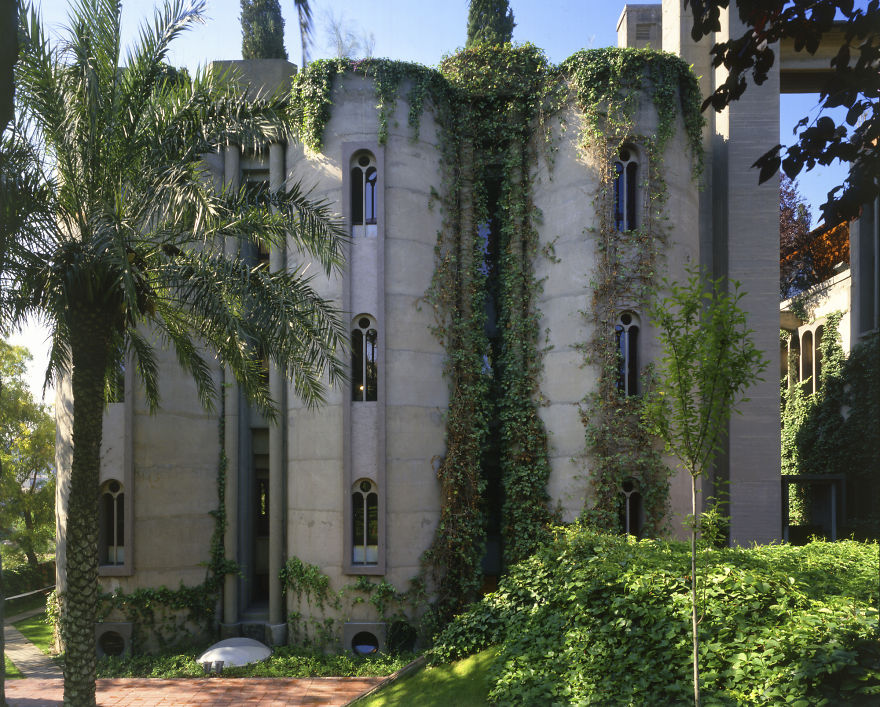 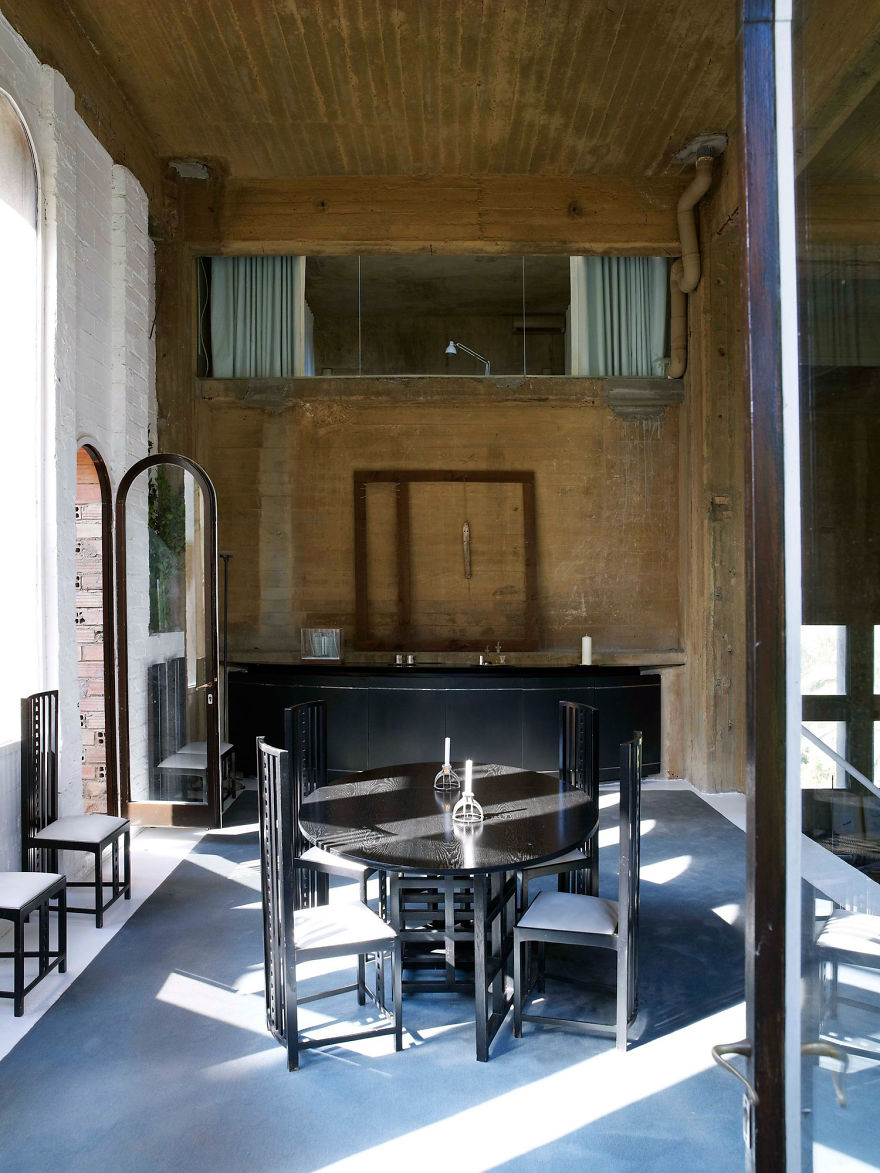 Despite its incredible transformation, the factory is still a work in progress to this day 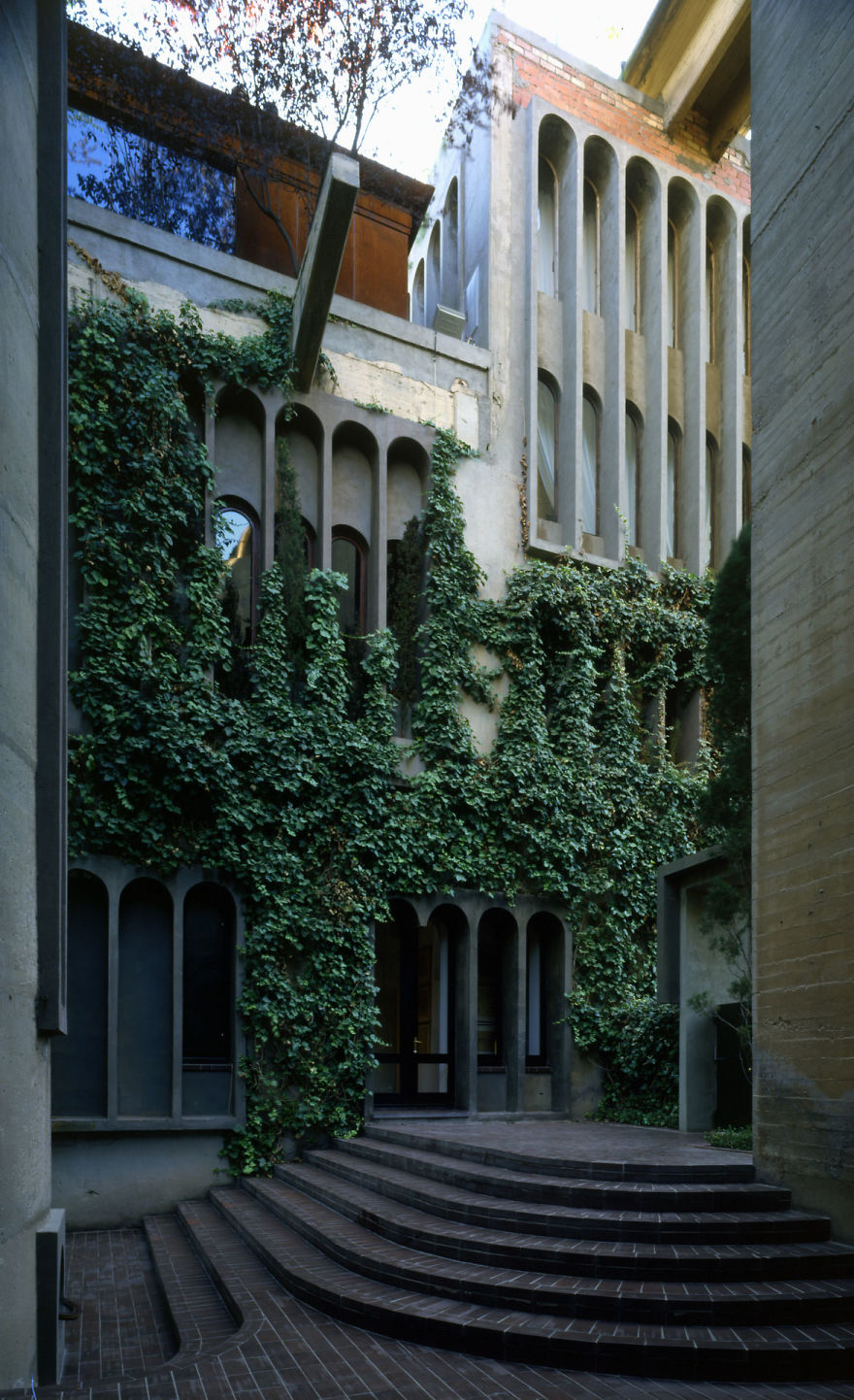 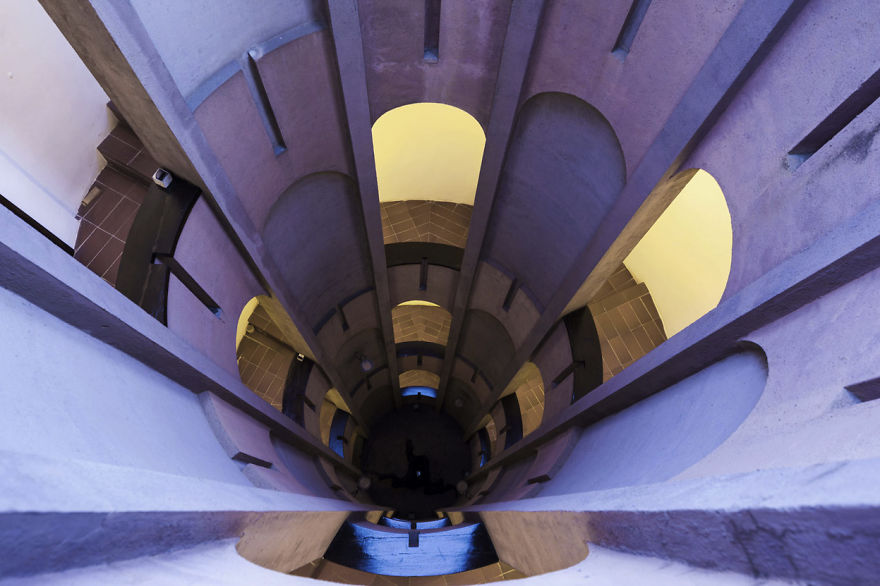 La fábrica will always have further work to be done, which is part of its symbolic charm 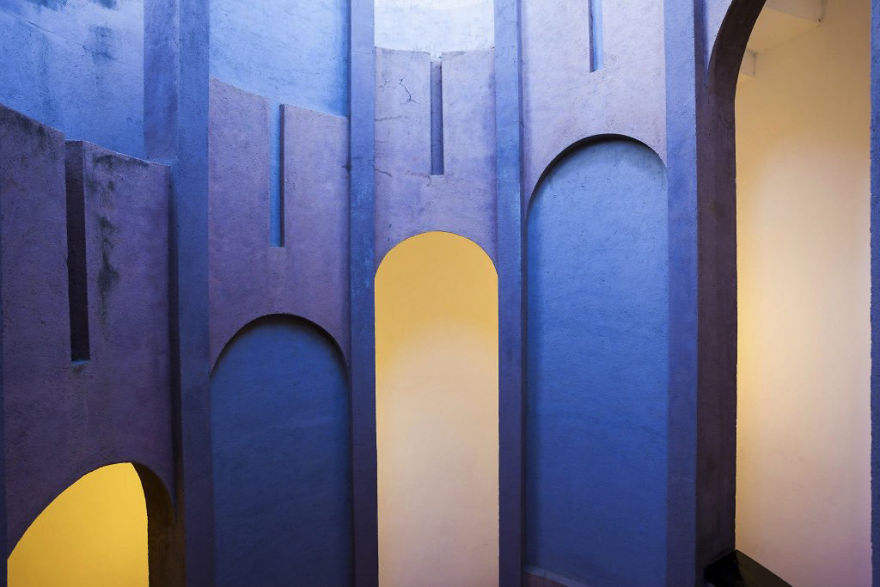 With enough creative thinking, any space can become something new and beautiful 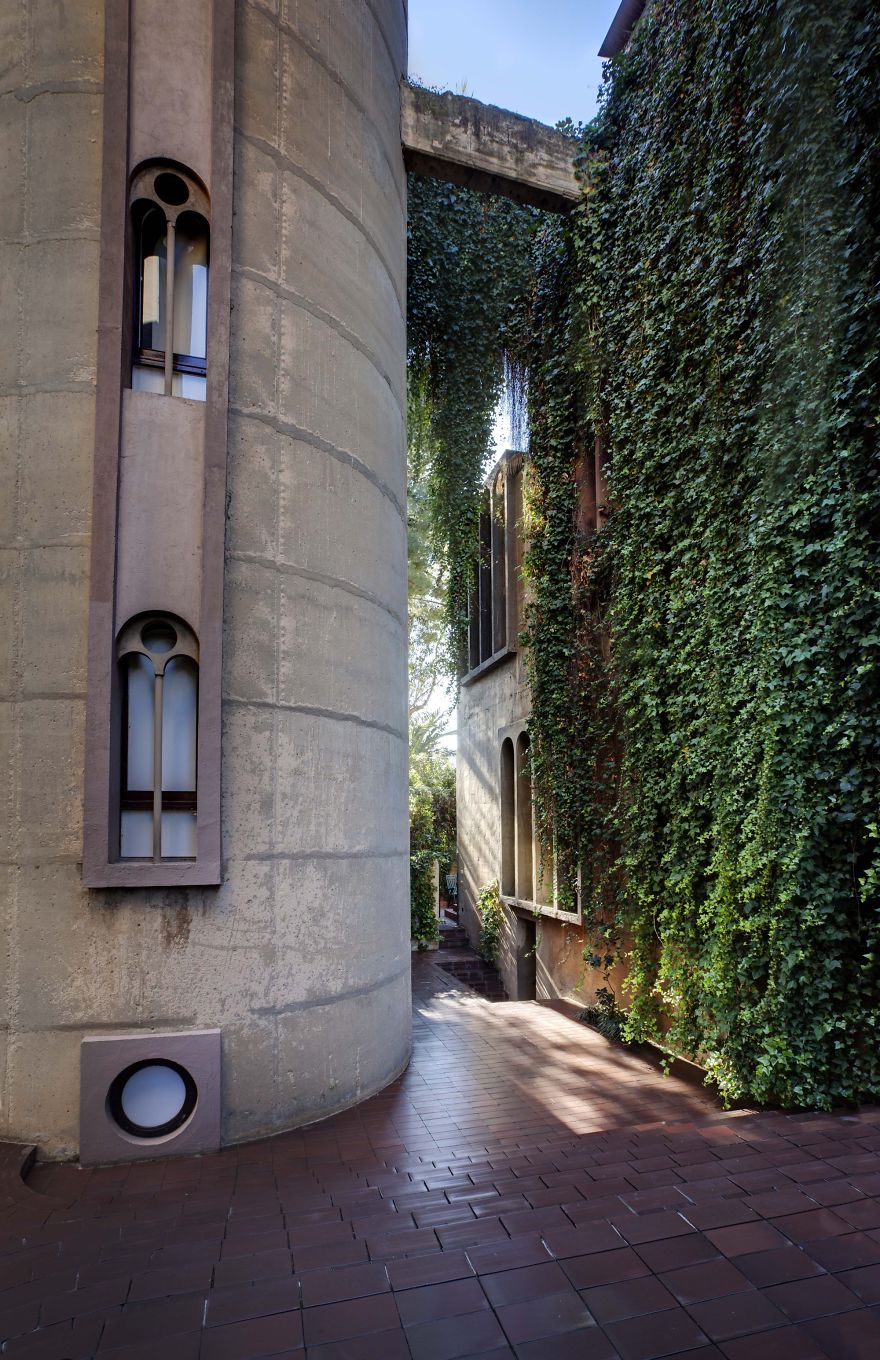