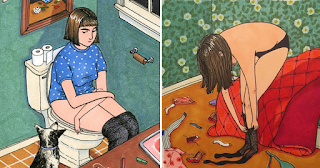 In April 2015, Little Rock Illustrator Sally Nixon started a project called "365" in which she had to create one illustration per day for a whole year. As it was not that easy to think of new ideas so frequently, Sally started to search for inspiration in her own life and simple routine moments that she's going through. The artist wanted to show the natural side of women besides staged Instagram selfies, Snapchat filters, and all the other forms of social media that rule our world.

The women of Nixon's illustrations are captured doing their casual things like taking a shower, eating in bed, brushing their teeth, walking around the house without pants, and having lazy TV time with their friends. In other words - women when nobody's watching.

"They don’t have perfect bodies or perfect habits and that makes them relatable,” she explains to TL Andrews. “The scenes I create around them are everyday places: a bathroom, a restaurant, a messy bedroom. However, my goal with each drawing is to elevate the seemingly mundane to something special.” 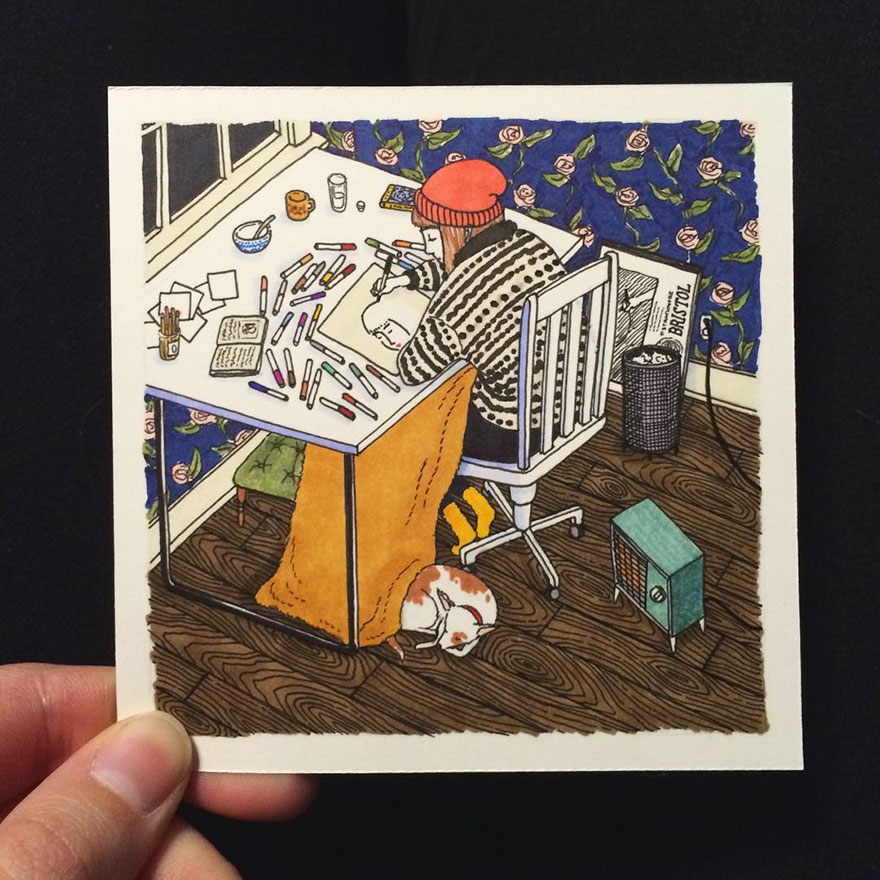 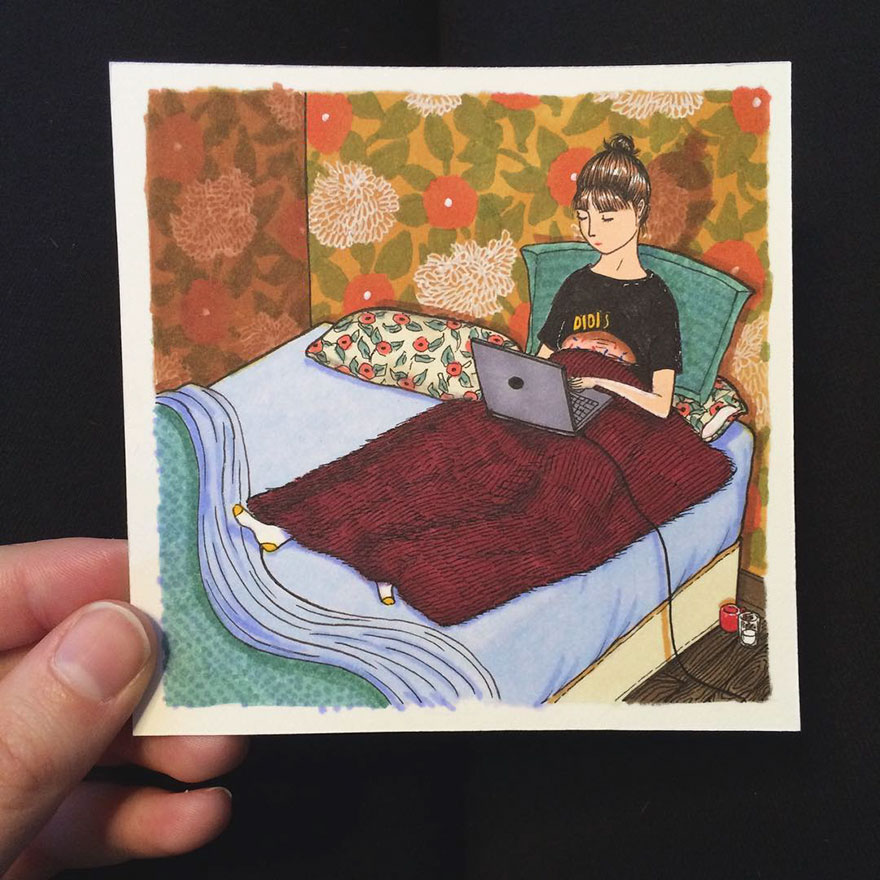 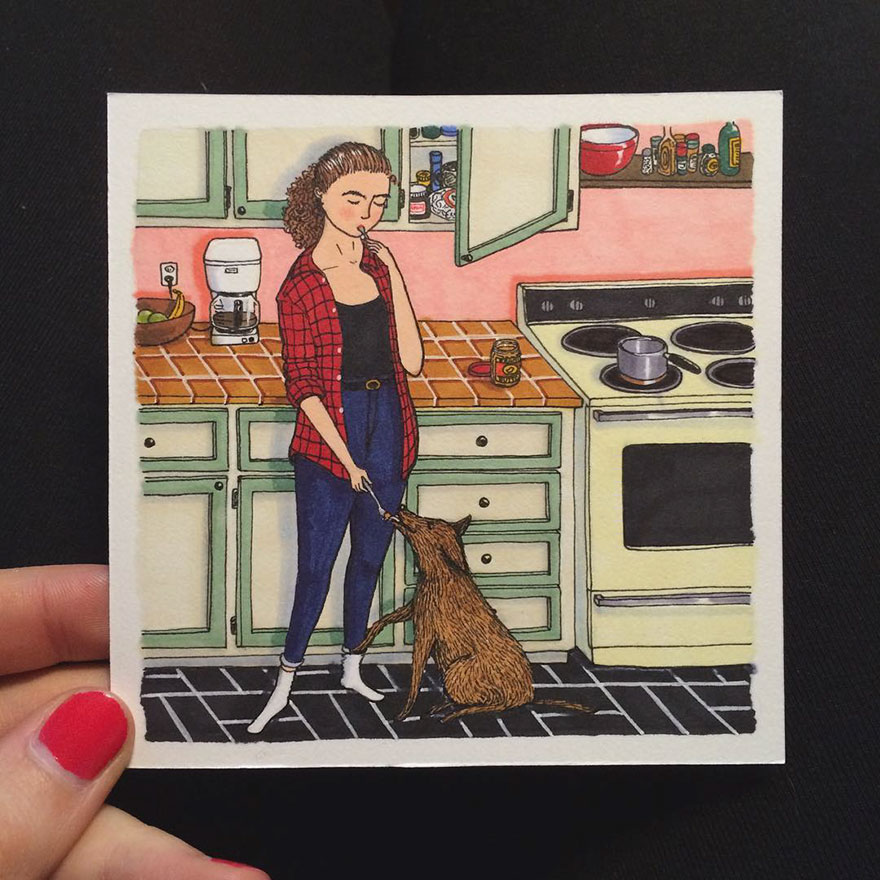 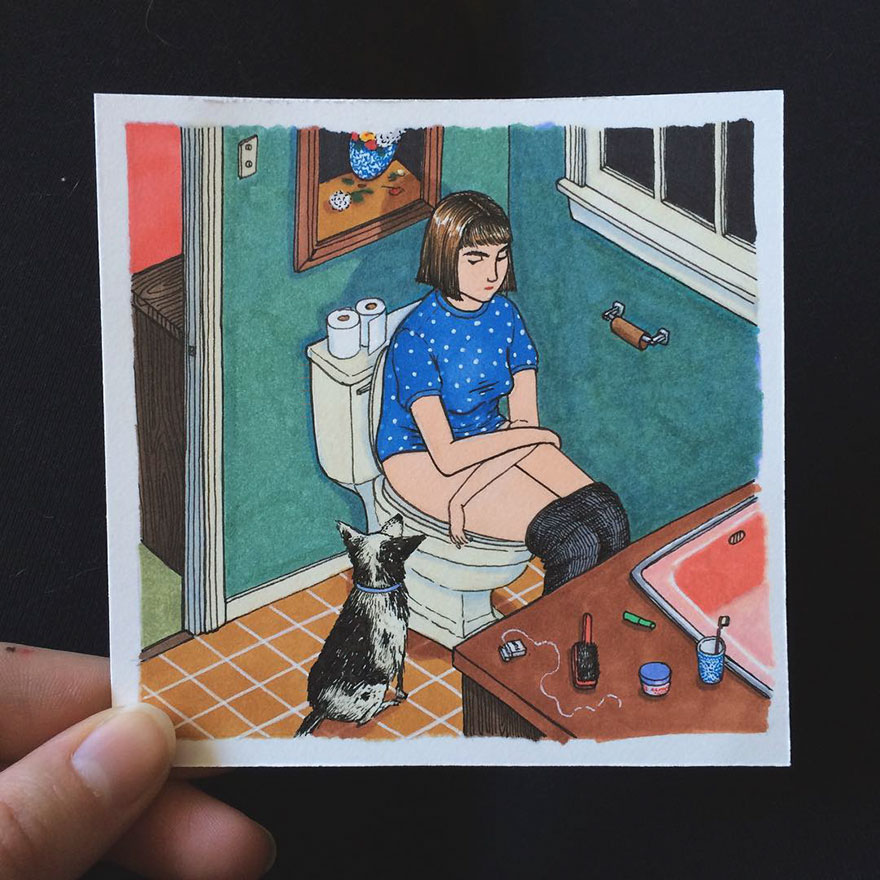 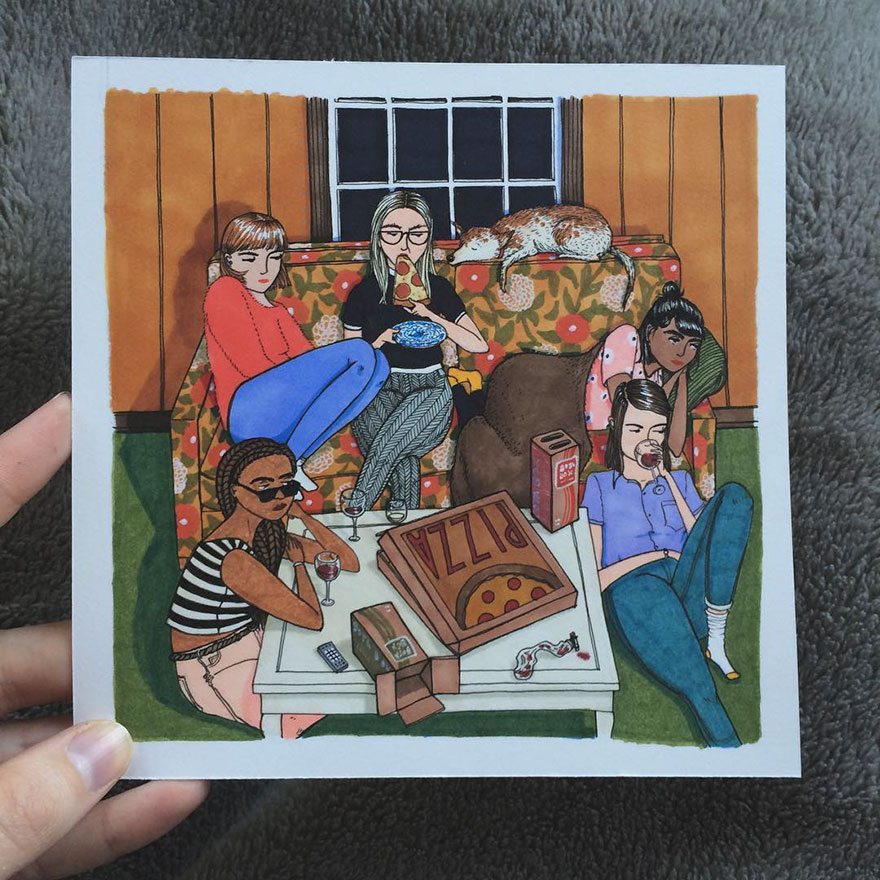 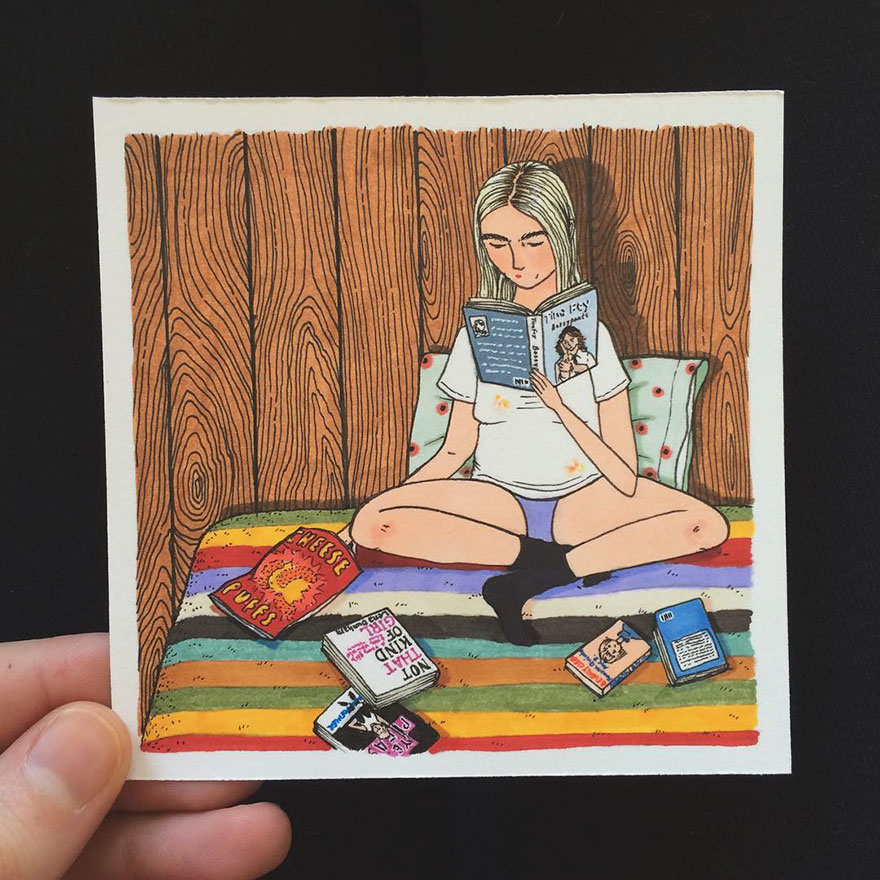 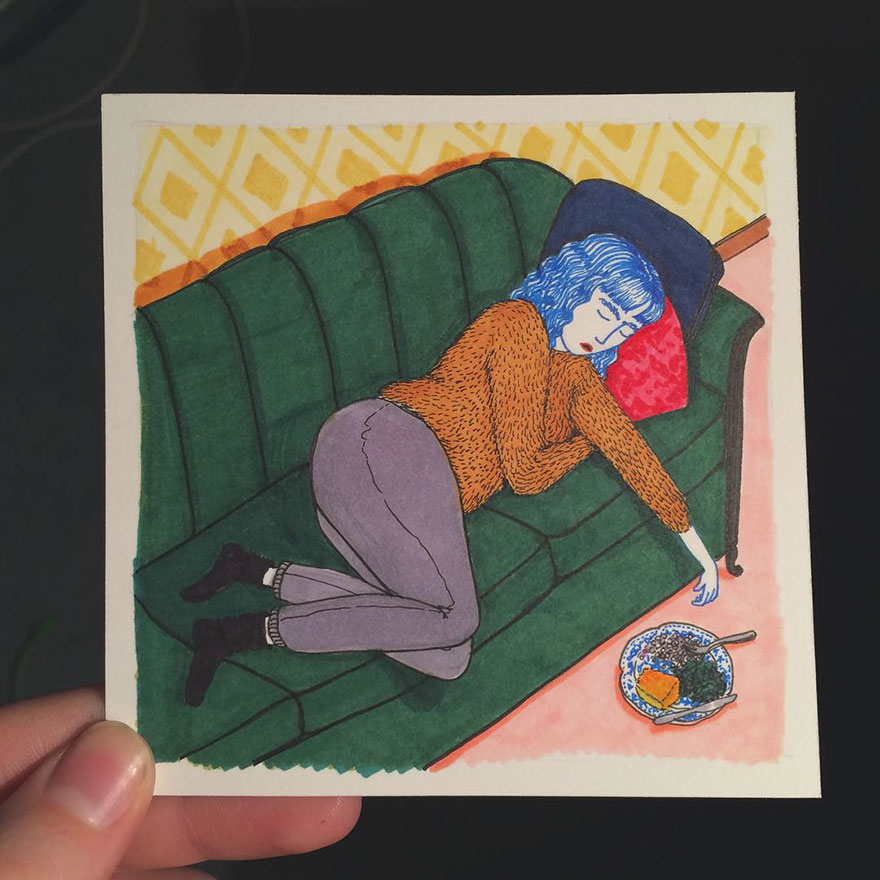 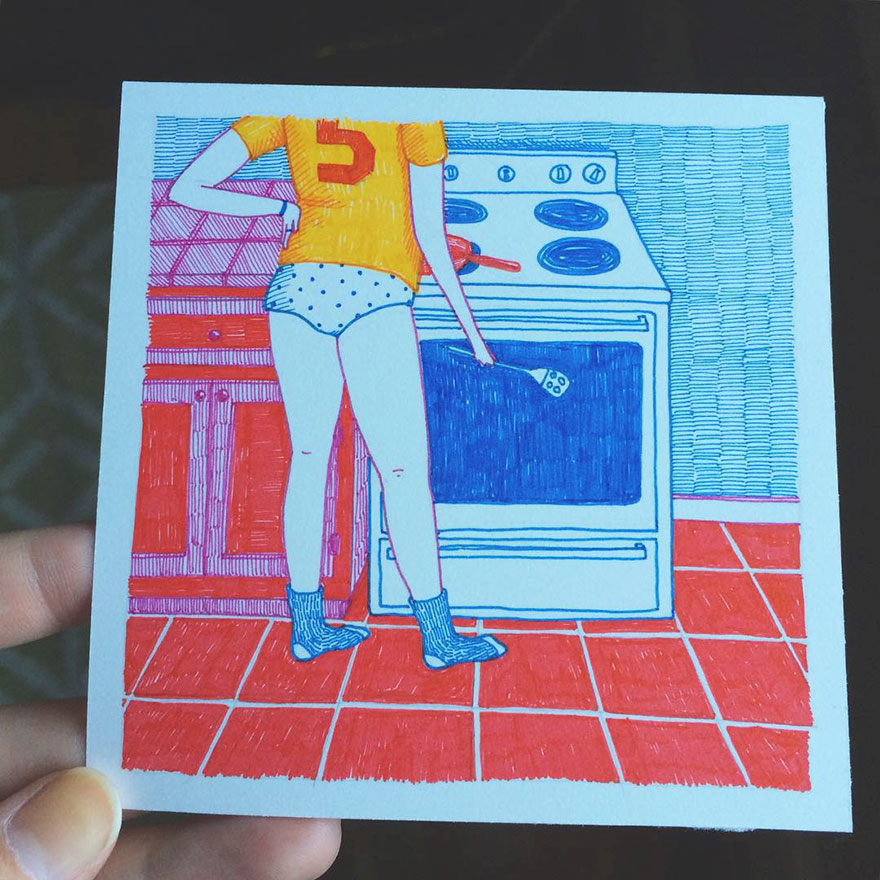 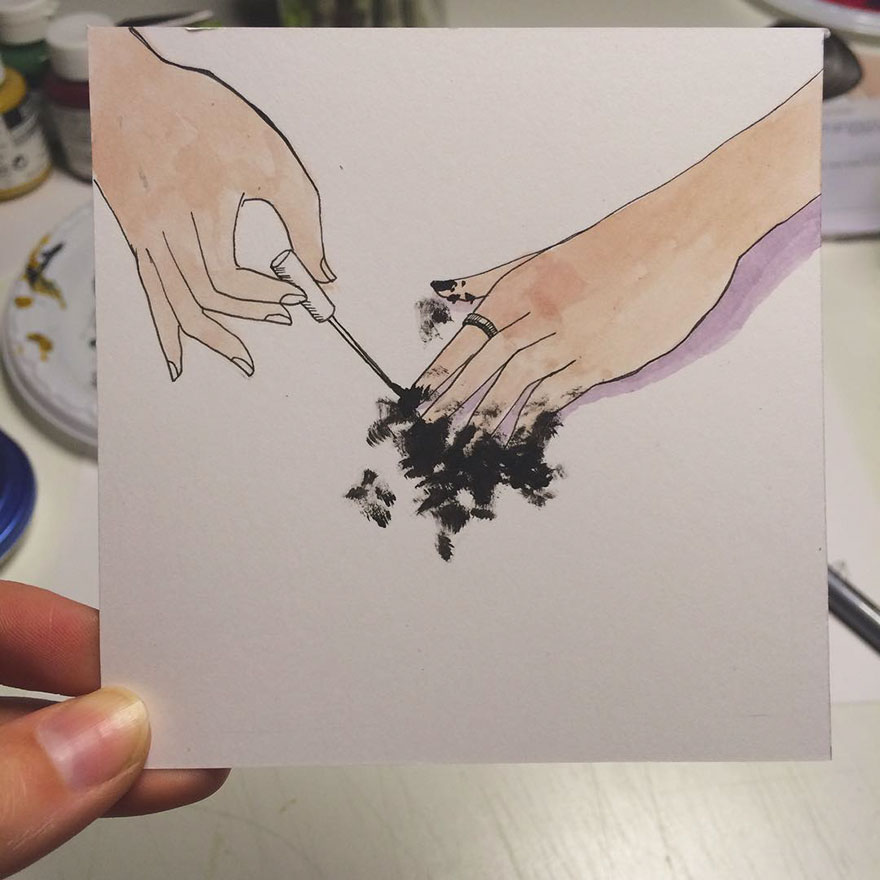 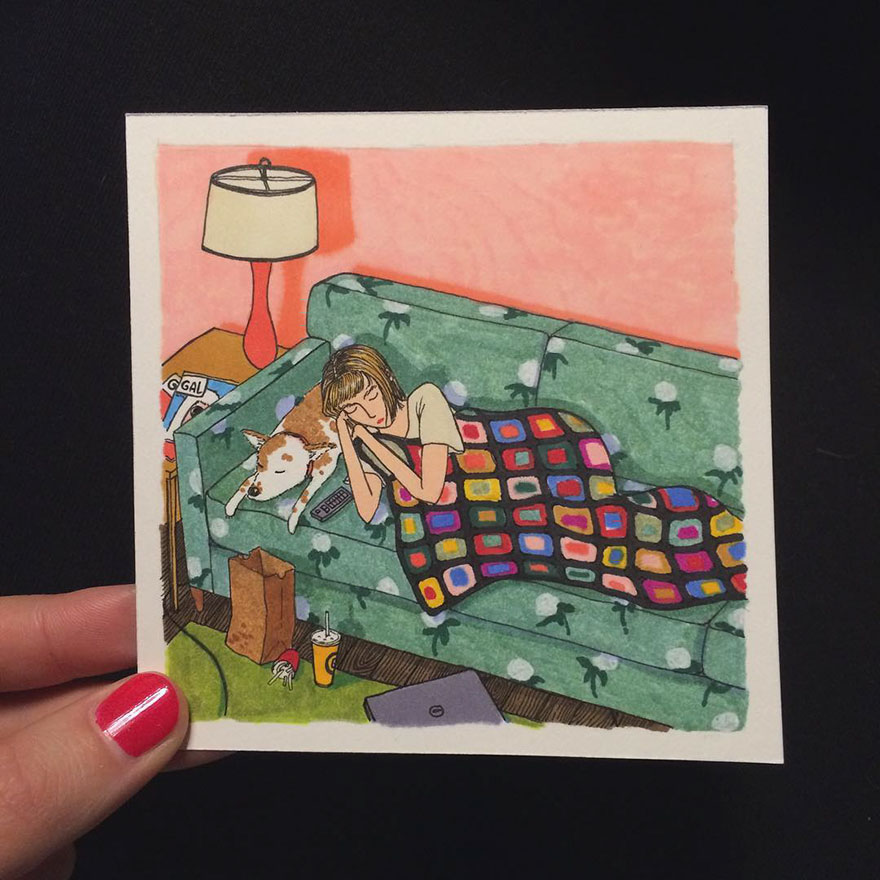 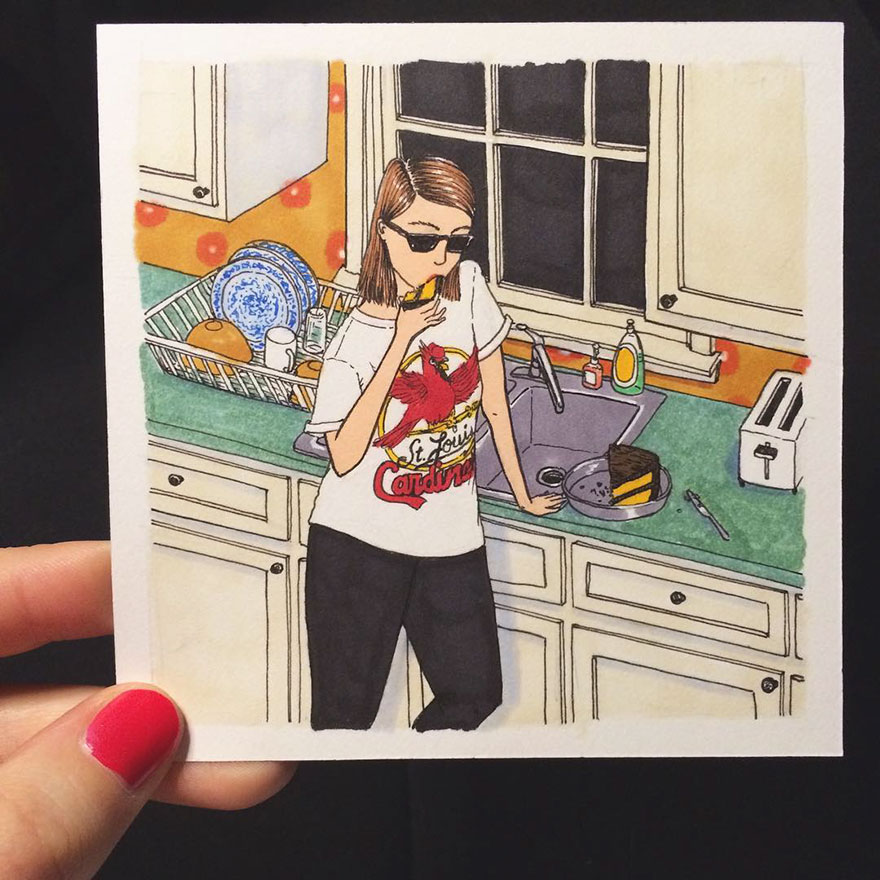 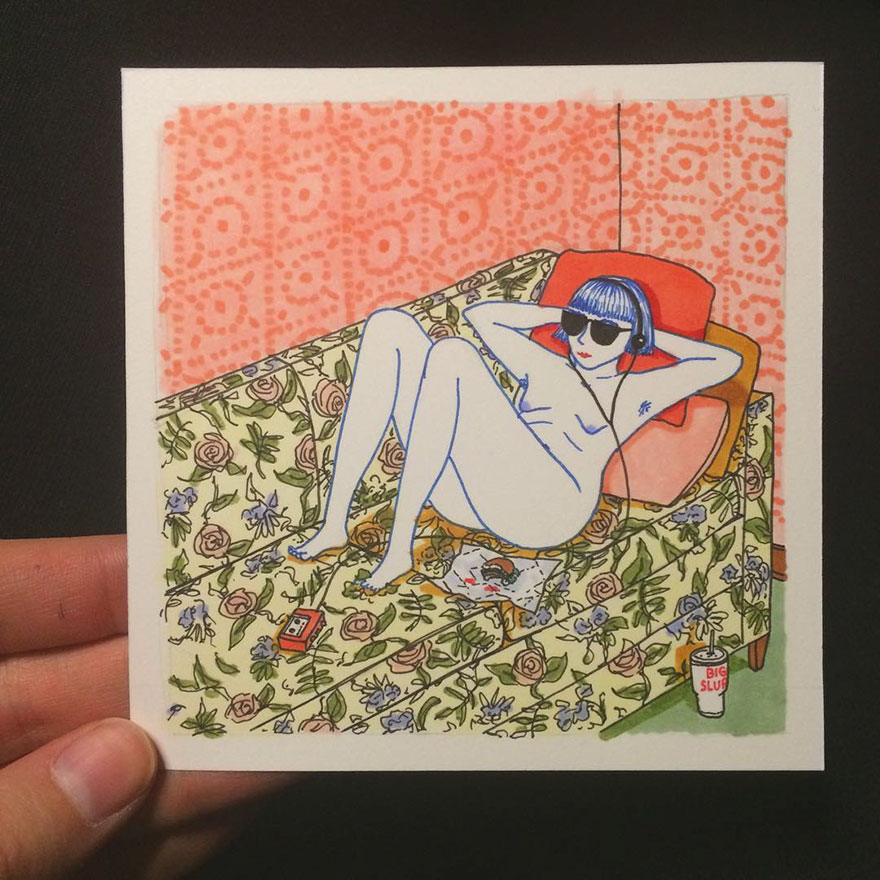 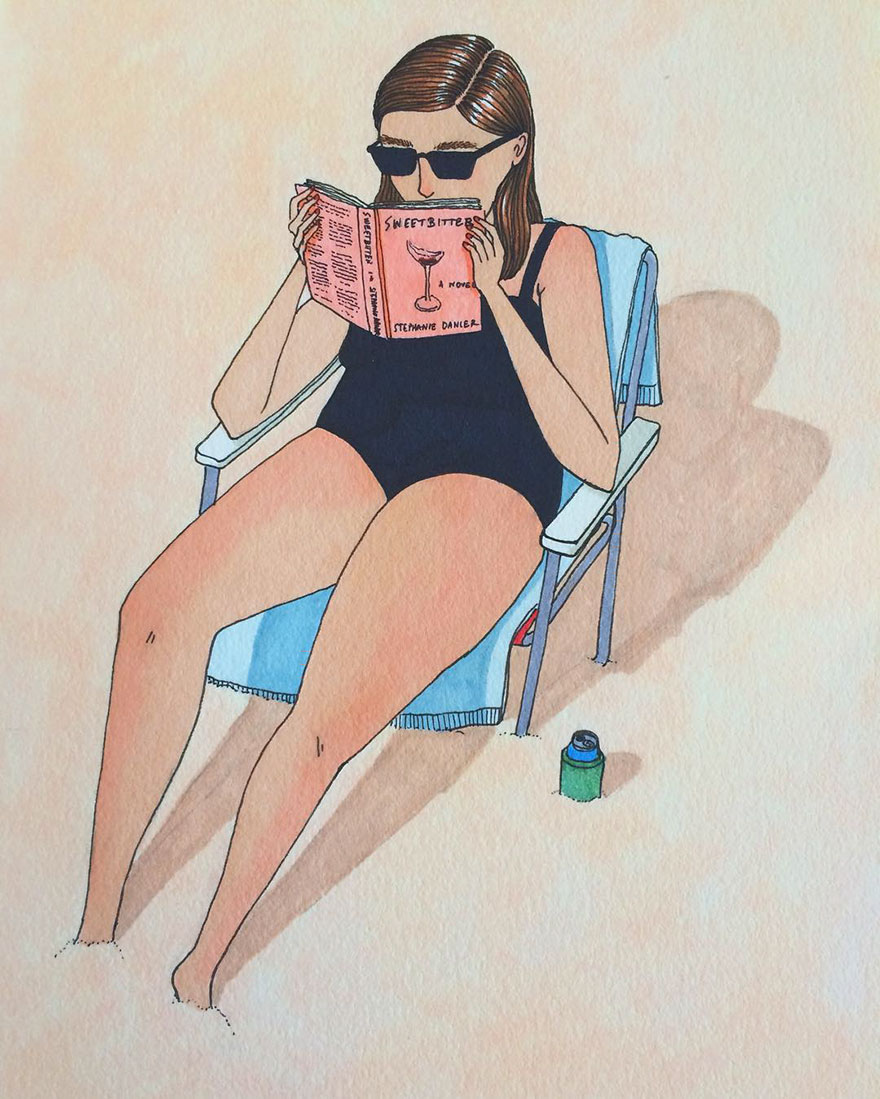 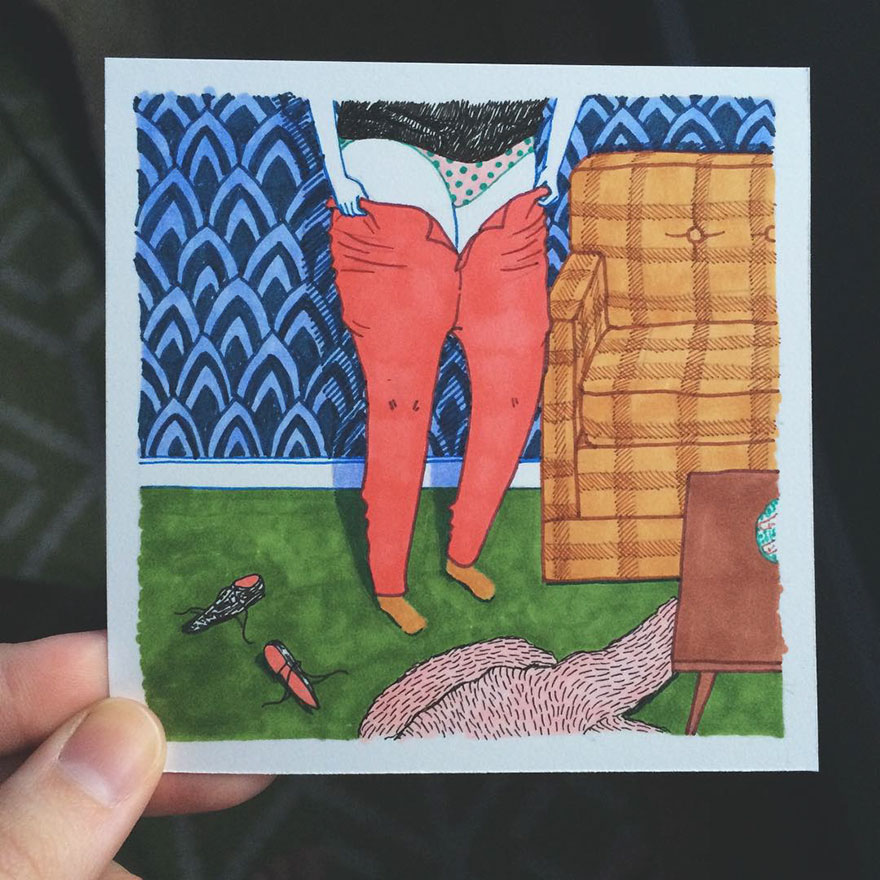 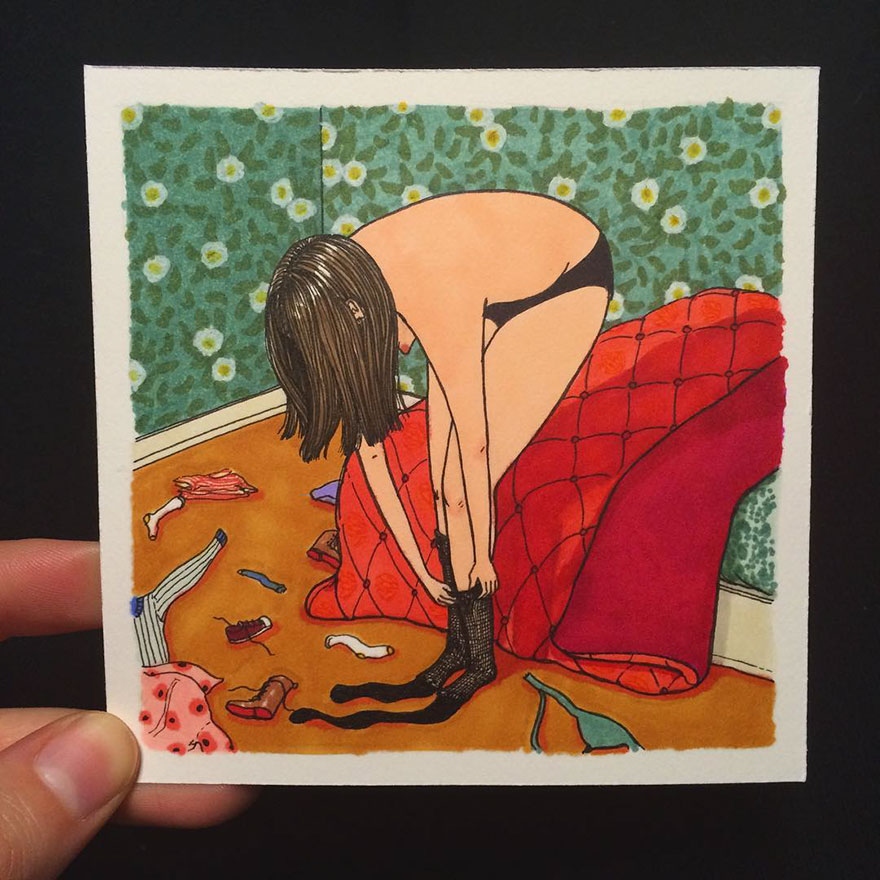 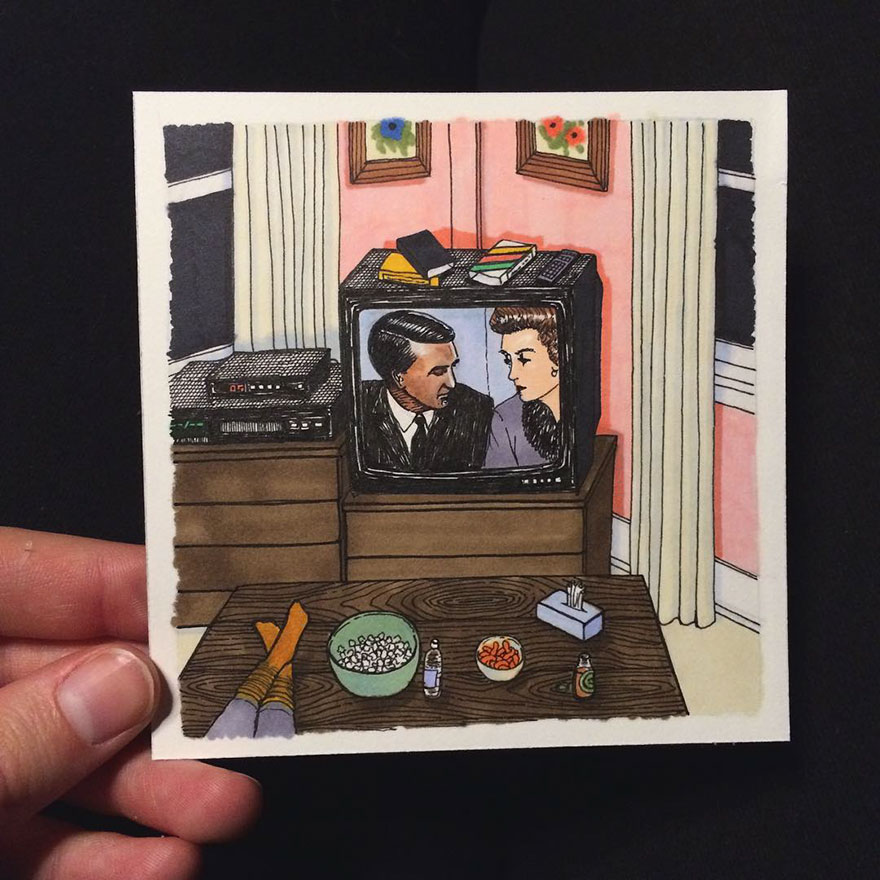 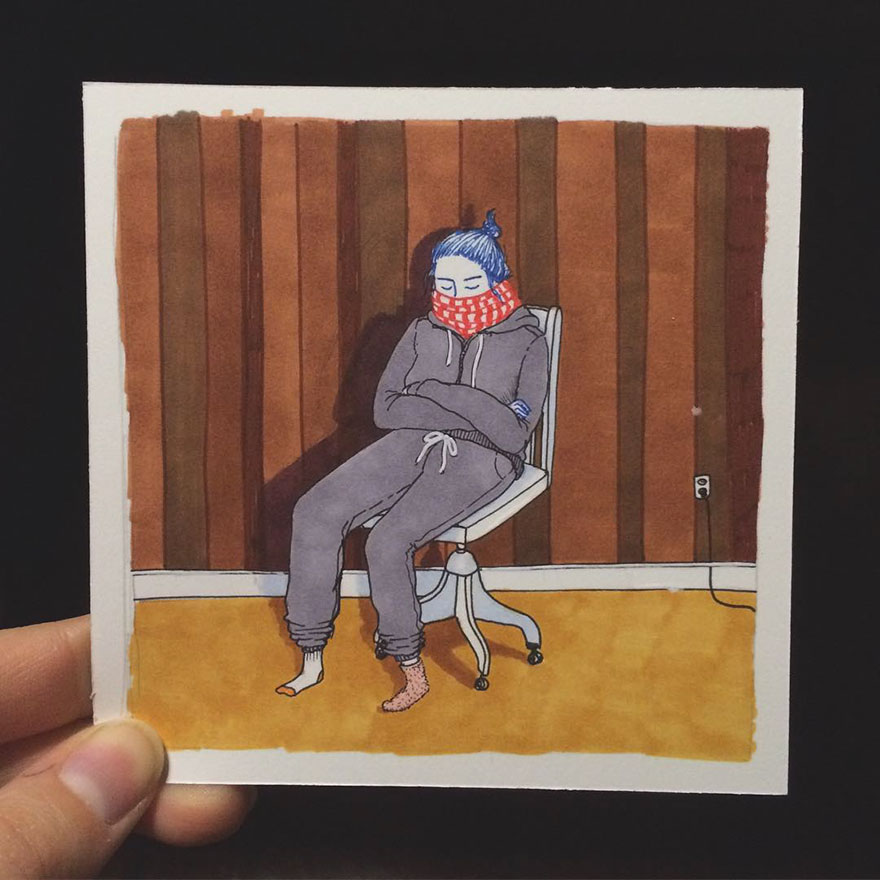 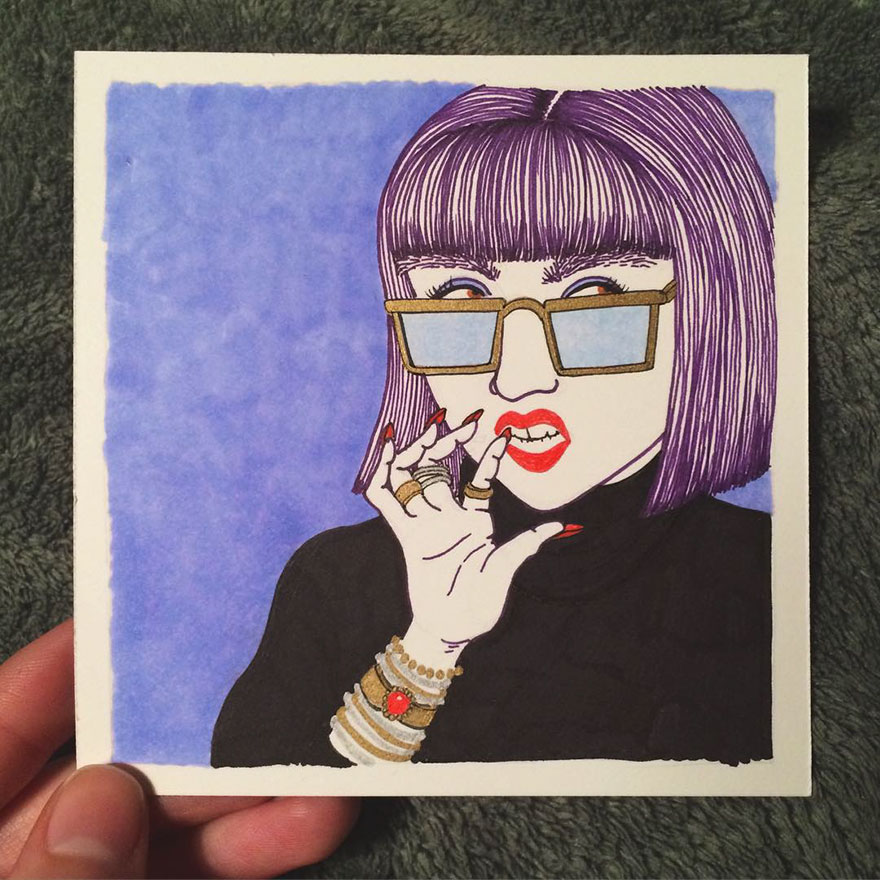 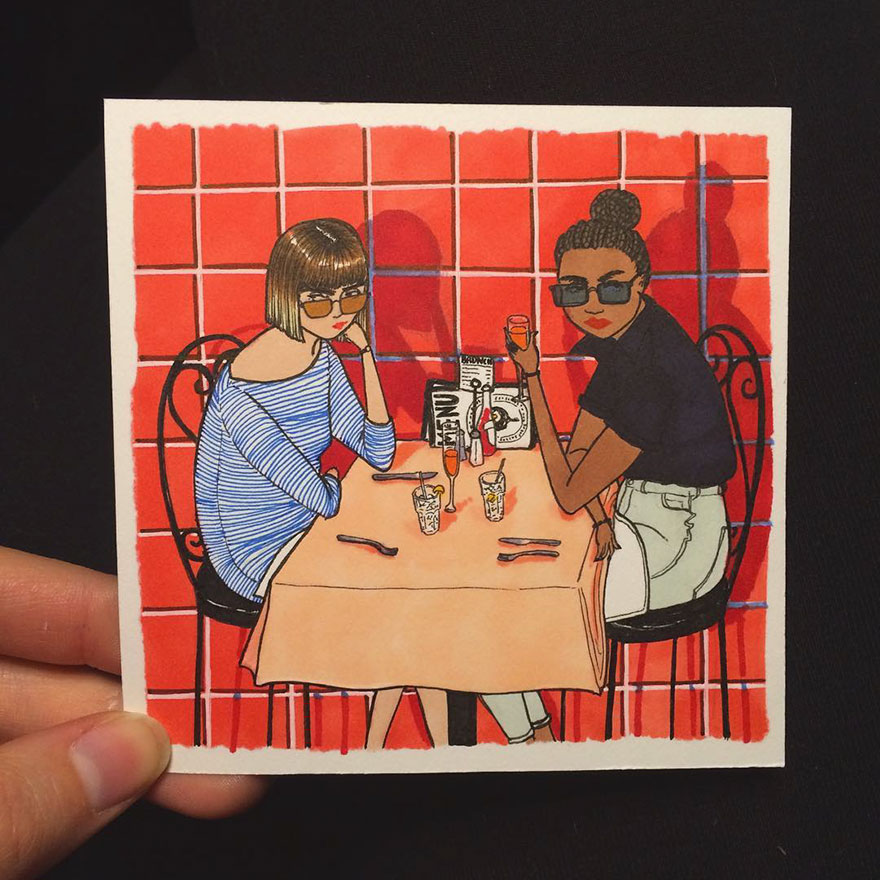 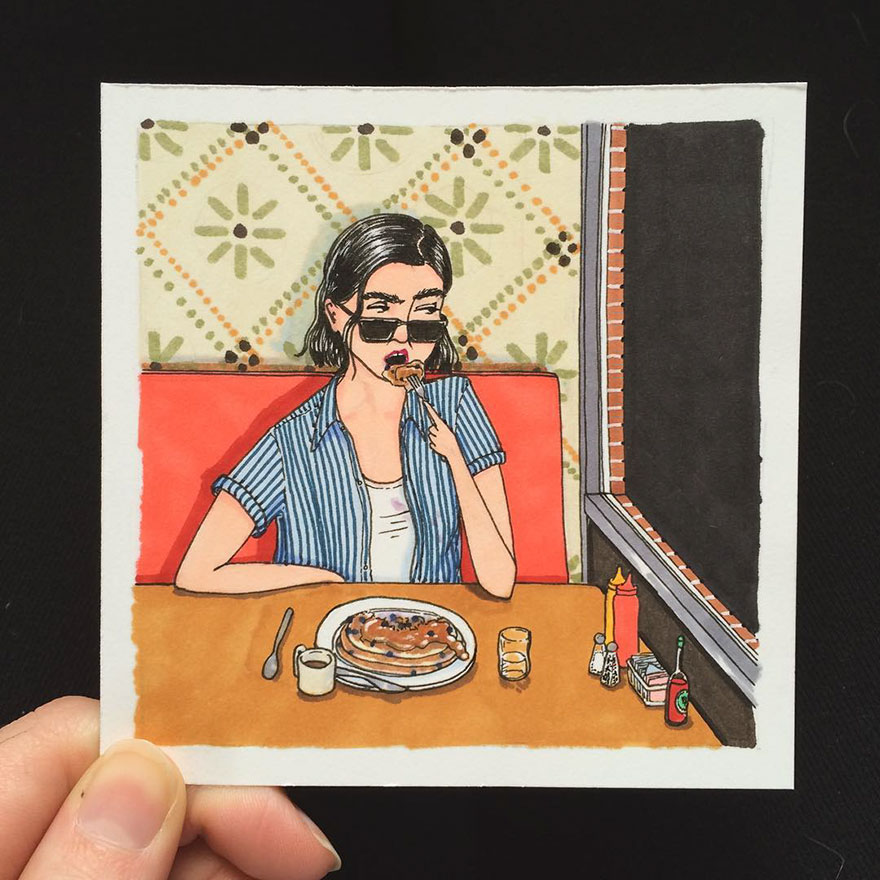 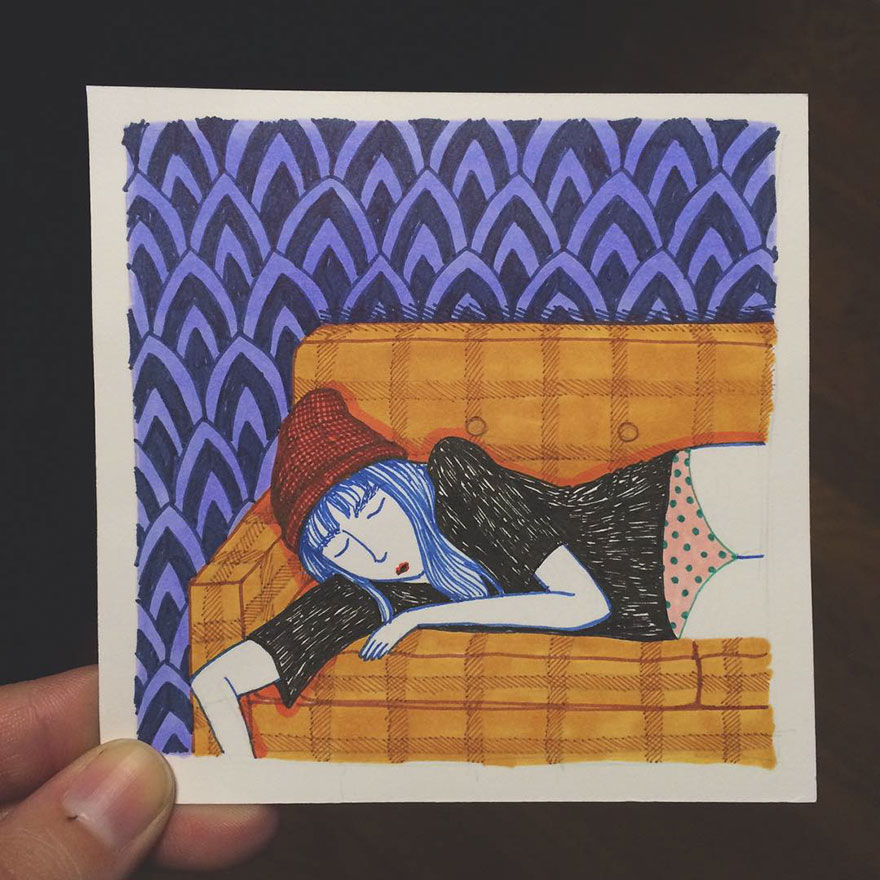 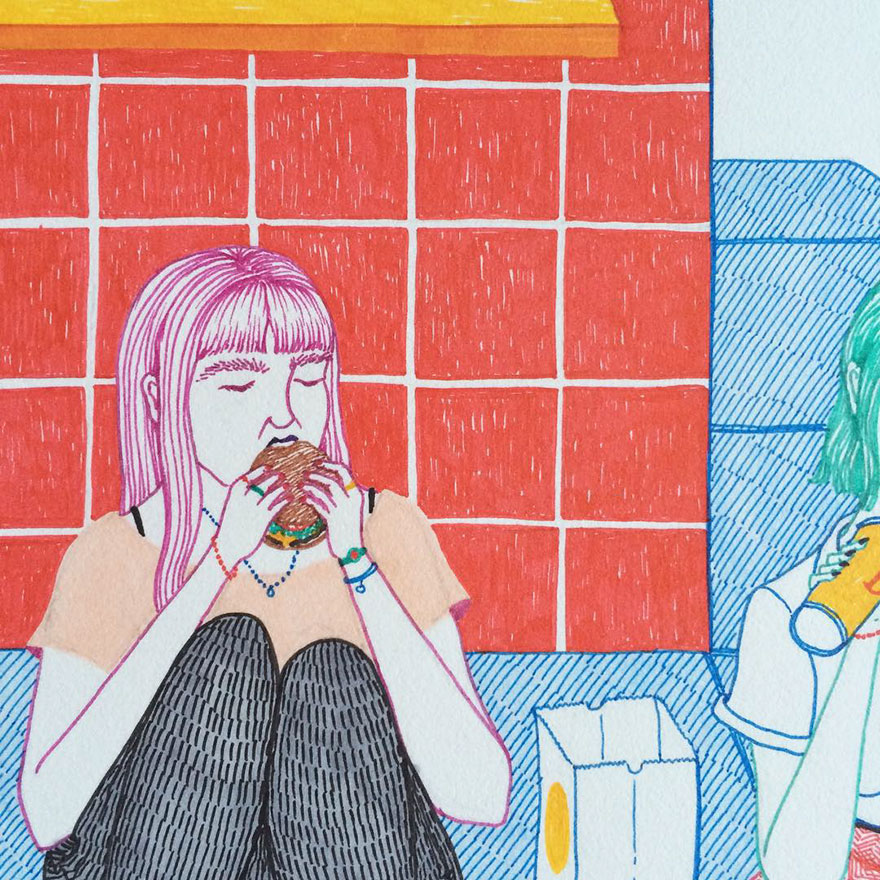