Home » »Unlabelled » 7 Months After Suspect Spits In Cop’s Face, She Passes Away. Police Finally Release Cause

7 Months After Suspect Spits In Cop’s Face, She Passes Away. Police Finally Release Cause

8:19 AM
shanka
After a reveler spat in a policewoman’s face on New Year’s Day 2016, she contracted tuberculosis and died seven months later. 35-year-old Arina Koltsova was arresting a man when he grew angry and spat into her face. She did not know he was carrying tuberculosis at the time. But soon enough she got sick. 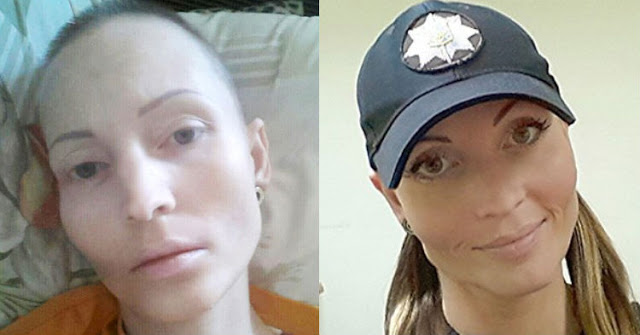 Although she wasn’t feeling well, she tried to ignore it. Then the sickness got worse. One day, she collapsed at work. Her fellow officers rushed her to the hospital where she was diagnosed with tuberculosis. She started treatment immediately, but by then it was already too late…

“She became ill after New Year’s Day,” Her on-duty partner, Officer Mikhail Kindrakevich, told the Daily Mail. “She had arrested this guy and he spat in her face. Some time later she collapsed. She had received treatment. She underwent chemotherapy, she was fed food through an IV drip and she had lost a lot of weight”

On July 25, 2016, Koltsova died from complications associated with tuberculosis. Two days later she was buried in Kiev.

“This is an irreplaceable loss for the whole of Kiev police, fond memories of Arina will remain in our hearts forever,” Koltsova’s police department wrote on its social media page.

If caught early, tuberculosis can be treated. The National Institute of Health says that it takes about six to 12 months of antibiotics to treat tuberculosis. Rare cases are drug resistant and are hard to treat.

It is unclear if Koltsova’s case was resistant or simply caught too late for treatment to be effective.

After her demise, locals came out in droves to share tributes for the “irreplaceable” woman who was very popular with the local community. She was well known in the Ukrainian capital because of her good looks and her hard-law mentality.

It is unclear if the criminal will face charges for murder or manslaughter. But one thing is certain. Kiev is calling for such a charge as is the public on the internet.

Here are a few responses from livid readers at Daily Mail:

“Why is it “unclear if he will face charges”? It’s at least assault, and if he knew he had the disease, it’s definitely manslaughter, and quite possibly murder.”

“Sorry for the officer may she RIP,” wrote Lorraine Bourque. “As far as that scum lock him up.”

“Charge should be upgraded to murder,” Sonja Gatlin suggested.

“RIP dear lady. Our men & women in blue face this type of situation on a daily basis,” Judy Allen wrote. “Wonder how the waitresses, Walmart cake decorators, restaurant owners and others who refuse service to those in blue would react if somebody came in & spat or coughed in their face? Karma may come back to haunt them, I hope not.”

What do you think should become of the man who spat in her face?

Please SHARE YOUR OPINION in the comments below now!