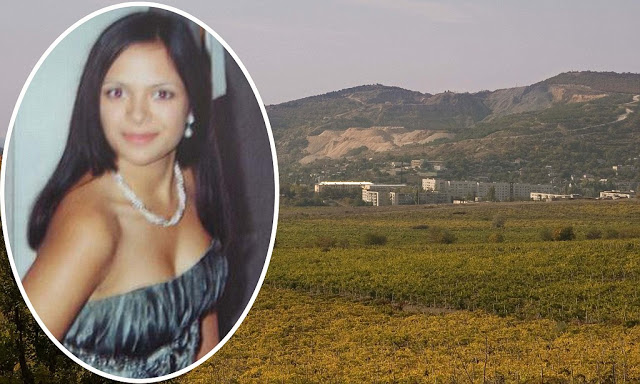 Daily Mail | A teenage Muslim girl was stoned to death under 'Sharia law' after taking part in a beauty contest in Ukraine.

Katya Koren, 19, was found dead in a village in the Crimea region near her home.
Friends said she liked wearing fashionable clothes and had come seventh in a beauty contest.

Her battered body was buried in a forest and was found a week after she disappeared.
Police have opened a murder investigation and are looking into claims that three Muslim youths killed her, claiming her death was justified under Islam.
One of the three - named as 16-year-old Bihal Gaziev - is under arrest and told police that Katya had 'violated the laws of Sharia'. Gaziev has said he has no regrets about her death.
Stoning is a divisive subject among Muslims, with some groups interpreting it as Islamic law and others disagreeing.
According to Amnesty International's annual report on death sentences worldwide, issued in April, there were no reports of judicial executions carried out by stoning in 2010.
However, new death sentences by stoning were reportedly imposed in Iran, the Bauchi state of Nigeria and Pakistan.
At least 10 women and four men remained under sentence of death by stoning at the end of the year in Iran, where adultery is the only crime which carries that penalty under Sharia law.
It was widely imposed as a sentence in the years following the 1979 Islamic revolution, and even though Iran's judiciary still regularly hands down such sentences, they are now often converted to other punishments.
The barbaric practice was thrown into the international spotlight last year when an Iranian woman, Sakineh Mohammadi Ashtiani, was sentenced to death by stoning for adultery after suffering years of abuse at the hands of her drug addict husband.
Miss Ashtiani's lawyer said she was allegedly beaten and sold for sex by opium-addict Ebrahim Ghaderzade, who she is accused of killing.
She was jailed for ten years for murder and sentenced to death for adultery. She was also convicted of having illicit relations for which she received 99 lashes.
The Iranian authorities eventually suspended the stoning after an outcry from the international community.
The European Union has called the sentence 'barbaric', the Vatican pleaded for clemency and Brazil, which has tried to intervene in Iran's stand-off with the West over its nuclear programme, offered Miss Ashtiani asylum.
A number of celebrities, including Robert Redford, Robert De Niro and Sting called for her release in an open letter to the Iranian regime, backed by more than 80 actors, artists, musicians, academics and politicians.
When Carla Bruni, the French First Lady, prominently gave her support to the 43-year-old mother-of-two, Iran responded by launching two scathing attacks on Miss Bruni, branding her an adulteress with a 'vastly immoral lifestyle'.
Last week Amnesty international called for 'clarification' on the legal status of a jailed lawyer who represented Miss Ashtiani, Javid Houtan Kiyan.
It issued a statement that read: 'If – as appears - he is held solely for the peaceful exercise of his right to freedom of expression, including in connection with his work as a defence lawyer on behalf of Sakineh Mohammadi Ashtiani, he should be released immediately and unconditionally.
'The allegations that he has been tortured while in detention should be investigated immediately and anyone found responsible for abuses brought to justice.'
The Islamic republic says the death penalty is essential to maintain law and order and is applied only after exhaustive judicial proceedings.
Murder, rape, armed robbery, drug trafficking and adultery are all punishable by death in Iran.
In March, Iran hanged a woman convicted of murdering a love rival.

Shahla Jahed, 40, had been a 'temporary wife' of Nasser Mohammad Khani, a former striker for the Iranian national football team.
The execution was thought to be the 146th so far this year. At least 270 people were executed in 2009.
This article was republished from dailymail.co.uk. You can find the original post here.