9:31 PM
shanka
Indonesia has apparently begun a trend that’s quickly flying out of control, as now there are even more people targeting child molesters and castrating them, the biggest difference here being that at least the Indonesian government is using a painless, chemical means. The ‘New Generation’ Cartel has decided that in order to curry favor with the locals they needed to start doing a bit more community outreach; initially they accomplished this by severing the hands of thieves targeting the locals and their businesses, but here lately they’ve upped their game with a bit of physical castration – and regardless of how you feel about the topic the way they do it is not pretty.

There’s no noble intention behind these vicious attacks, there’s really no other reason at all than to bolster their reputation as Guardians of the People. These actions actively help ward off any other cartels looking to move in to their territory as they have gained the trust of the locals, effectively giving them all a free pass for as long as they maintain it. 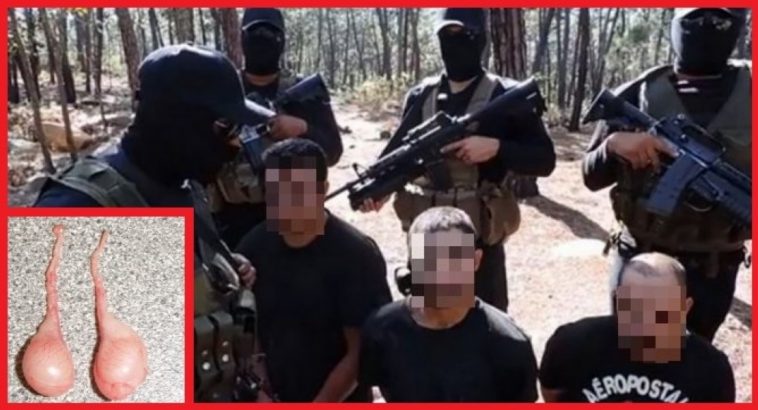 It’s not as though they’re simply kidnapping these guys and cutting off their berries from the start, why would they ever stop there? Instead they’ve begun kidnapping these guys and forcing them to do all the odd, menial jobs they don’t want to do. Whoever complains or isn’t satisfactory enough in their performance is then castrated as a warning to the rest, giving them all ample motivation to do… well, anything. If you have testicles or you’ve ever considered what it would be like to have them, this would be like removing an entire section of self. Some reports even indicate the members force the guys to eat one of their removed testicles!

Arguably these aren’t the types of people whose “self” is really worth saving, but in the end we need to remember the lessons we’ve learned throughout history. This is wrong, and there are much better ways to go about dealing with pedophiles and there are many people in Jalisco who agree with that sentiment, though there are those that aren’t as well. Some view it as a blessing since their children are safer, which is a fairly good argument, but the cost is high. Human. Rights. I suppose this is just the year we throw those out the window once again based on everything this crap-fest of a year has shown us.