Home » »Unlabelled » It’s Not Salt or Sugar! This is the Worst White Poison We Eat Every Day!

It’s Not Salt or Sugar! This is the Worst White Poison We Eat Every Day!

1:04 AM
shanka
Everyone knows that sugar and salt are bad for our health, but there is an ingredient which is much worse than them. Sodium glutamate E621 is a food additive used on almost any food to intensify the flavor, but this crystalline substance can lead to increased appetite, overeating and obesity. 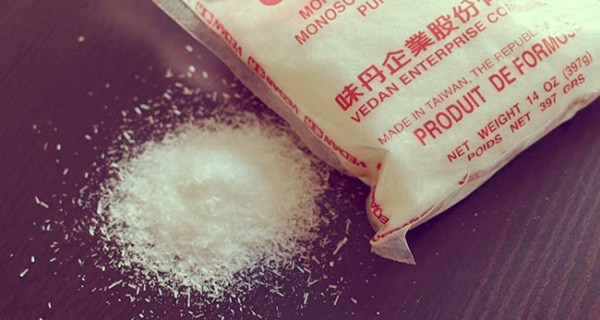 According to experts, sodium glutamate stimulates certain cells in the brain which causes a drug-like effect and creates a change in the genes responsible for the sense of taste. The ingredient can be found in anything from sausages to beer. The recommended dose of sodium glutamate E621 is 1.5 gr. for adults and less than half a gram for children, but in reality, we consume way more than that. The symptoms of consuming too much sodium glutamate (also known as the Chinese restaurant syndrome) are dizziness, migraines, hormonal imbalance, nausea, chest pain and more.
The ingredient was discovered by Japanese scientists in the 70s. While researching the effects of sodium glutamate, they discovered that besides enhancing the flavor, the ingredient improved the taste and aroma of most canned, frozen and fast food products. This harmful substance caused blindness in mice when added to their diet, which speaks volumes about its negative effects.
One of the worst consequences of sodium glutamate consumption is losing the sense of taste, and its addictiveness has been compared to certain drugs. Sodium glutamate is also the reason why some people prefer certain food products and helps the food companies boost their sales.
Food manufacturers benefit from the ingredient greatly, as the supplement reduces production costs and masks the low quality of the products. This is why you always need to read the product label carefully and use natural spices when cooking at home.
Source: www.healthylifestyleadvice.com
at 1:04 AM