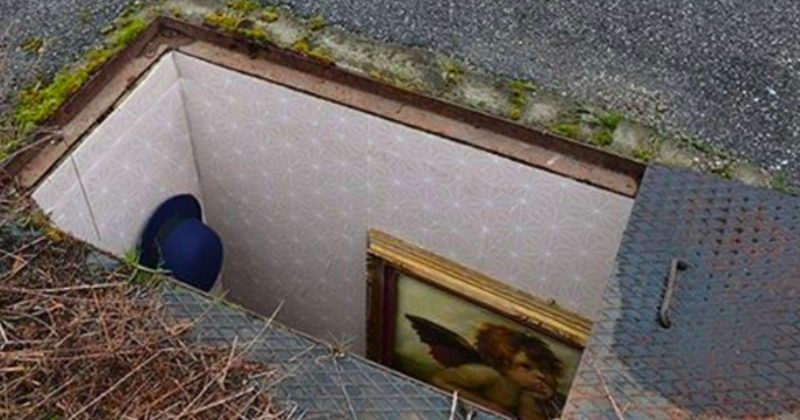 If you ever snuck around your grandmother's house as a kid searching for secret rooms, this art installation is about to send you on a trip back in time.

As children, we were regularly confronted with the fact that our superhero parents knew everything and we knew painfully little...about anything, really. That could be why the prospect of finding secret chambers and passageways was so appealing — an attempt at one-upmanship, if you will. Knowing something Mom and Dad didn't was always satisfying.

And that fascination with secrecy never really goes away, which has probably contributed to the buzz surrounding this project by Italian urban artist Biancoshock.

Although the series may bring up feelings of nostalgia, Biancoshock started his "Borderlife" project to comment on something far more serious.

By creating three rooms hidden under manholes in Milan's Lodi district, the artist aimed to bring attention to the fact that hundreds of underprivileged people in Bucharest, Romania, call the sewage system home.

"If the problems cannot be avoided," he writes, "make them comfortable." In each small space, Biancoshock managed to cram a domestic scene that sat in sharp contrast with its surroundings.

Even by urban art standards, his work is atypical to such a degree that he felt inclined to give his approach its own name. He calls his process "Ephemeralism."

"Ephemeralism has the purpose of producing works of art that have to exist briefly in space, but limitlessly in time through photography, video, and the media," he writes.