Home » »Unlabelled » The neighbors see this woman bringing him home with her. 2 months later they beat a path to her door.

The neighbors see this woman bringing him home with her. 2 months later they beat a path to her door. 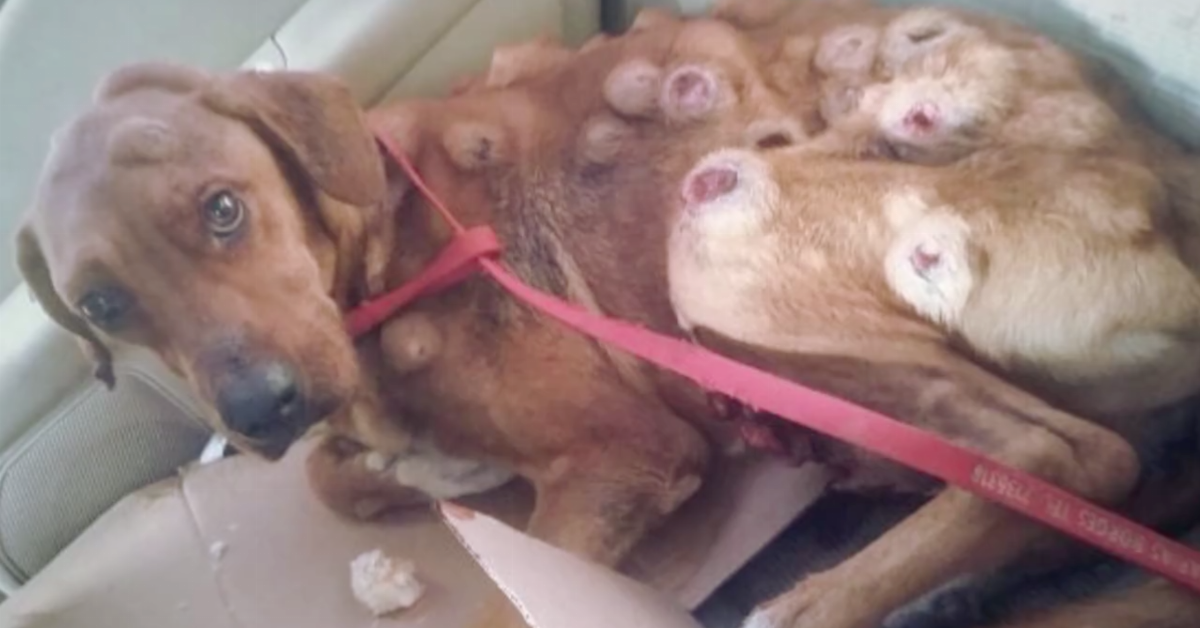 In February 2015, a passerby on the streets of Mexico City spots something gruesome. Considering there are over 1 million stray dogs roaming the city streets, you would think that the citizens must have seen it all by now. But this poor dog is a horrible sight:

The dog is not only starving, but its body is covered with cancerous tumors. Deeply shaken, his rescuer brings him to animal-rights activist Dalia Gámez. Dalia adopts the dog, calls him Boby and decides to take care of him. She takes Boby to a veterinary hospital where they examine him from head to paw.

According to the vets, Boby must be around 2 years old. They prescribe chemotherapy for the tumors. As the treatment itself is quite aggressive, Dalia hopes that Boby's spirit will help him pull through. She keeps him company all the way through chemo, takes him under her roof and shares his story on the internet.

Boby has to face 8 sessions of chemotherapy in 2 months – that's a tremendous ordeal even for a well-nourished animal. Dalia asks herself daily, will the worn out dog pull through?

But Boby soon shows her what he is made of. Dalia is amazed at his quick recovery after the exhausting procedures. Boby's wounds heal quickly, and shiny fur covers up his scars.

Soon, Boby is running around again. His incredible recovery makes him a local sensation – Dalia's neighbors stand in line to see the amazing dog. Boby's fame helps Dalia on her next mission: finding a loving foster family for him. It doesn't take long until that mission is accomplished.

With bittersweet feelings, Dalia says goodbye to Boby and leaves him in the care of his new family. Boby's foster parents are glad to give such a brave and beautiful dog a home, and they love watching him flourish. Full of beans, Boby enjoys his life to the fullest. Only a scar to two are left to remind him of the darkest chapter of his life.

Boby's transformation shows that every living creature deserves to be given a chance. In the eyes of most passersby, Boby was a lost cause. But thanks to good samaritans like Dalia who don't just look the other way, people might someday open their eyes and stop treating stray dogs like garbage.
Via : Hefty
at 10:13 AM
Email ThisBlogThis!Share to TwitterShare to Facebook
Newer Post Older Post