Home » »Unlabelled » No doctors believe this mom when she tells them what’s happening to her 6-year-old son. But then she films him and it opens their eyes.

No doctors believe this mom when she tells them what’s happening to her 6-year-old son. But then she films him and it opens their eyes. 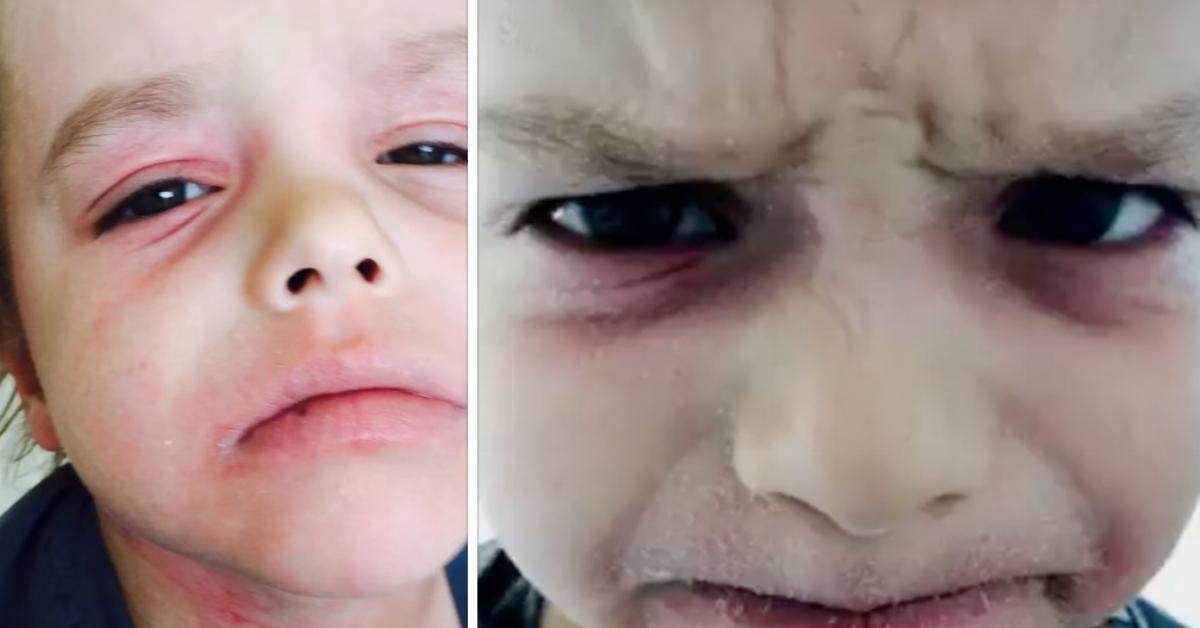 6-year-old Tyler Saunders from Old Bar, Australia, regularly tossed and turned at night, screaming in pain. Since his birth, Tyler's body was covered in inflamed eczema. The extreme pain and constant itch left the boy and his parents seldom a calm moment. His mom Debbie felt helpless, she'd been looking after her son's condition for years and was perplexed by the fact that it seemed to constantly get worse. She'd never dreamed that it would continue for this long.

Doctors diagnosed Tyler with "atopic dermatitis," not an uncommon disease, but they didn't seem to believe Debbie when she told them about the intensity of her son's condition. She even filmed him to try and demonstrate the degree of his discomfort. She had to do something because Tyler's life was being so affected by his condition: He couldn't sleep due to pain and itch, he was missing school on a regular basis, and was teased by the other kids when he did go. His mom had tried everything: making him wear socks on his hands, all sorts of creams, wrapping him in moist bandages to soothe his discomfort. She was ready to give up and then she happened upon this doctor's information online.

Dr. Richard Aron is a dermatologist from South Africa who is a dermatitis specialist. Via an online appointment, Dr. Aron suggested an ointment combining lotion, corticosteroids, and antibiotics. Debbie felt hopeful and purchased the various ingredients, spending around $40 in total, but she never guessed that the results would be so dramatic.

After just two months, Tyler's eczema had completely disappeared and healthy, soft skin replaced it. It was like a new lease on life for Tyler. He was finally able to live his life pain and itch free and do more of his favorite activities, especially dancing.

After he gets a license, Tyler hopes to start dancing on the street. He said he'll donate part of his earnings to a dermatitis foundation to help other kids. His parents couldn't be happier and are so grateful to Dr. Aron for turning their son's life around.

Here is a video of Tyler's dramatic change:

That smile is enough to prove you should never give up hope, especially if you're dealing with a chronic illness. What an amazing change - thank you doc!
Via : Hefty
at 8:46 AM
Email ThisBlogThis!Share to TwitterShare to Facebook
Newer Post Older Post