Home » »Unlabelled » Man Gets Custody Of Baby, Puts Him To Disturbing Use

Man Gets Custody Of Baby, Puts Him To Disturbing Use

7:18 AM
shanka
When a judge with over 30 years experience calls a case one of “the saddest and worst” ever when it comes to child abuse, you know it has to be extremely bad.

He sentenced the father involved to 27 years.

It was 26-year-old Isaac Hernandez of Nampa, Idaho, who was charged with the death, the very cruel death, of his son, Sylys, who was only 3-months old.

The injuries on the baby were horrific as outlined by prosecutor Erica Kallin. They include the following:

26 fractures to the boy’s ribs, both legs broken, torn frenulum in his mouth (likely from being punched in the face), underfed, dehydrated and bruises on face, wrists, hands and the penis.

Here’s what prosecutor Kallin had to say:

“In those three short months, we’re talking about a child who knew nothing but pain, suffering and hunger.” 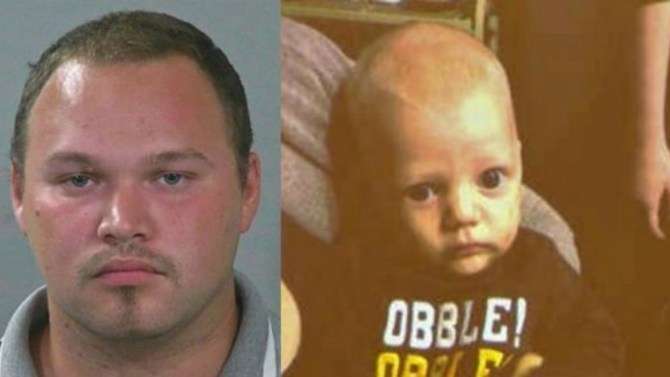 Where was the mom during all of this? In prison for a meth charge. Sylys was given to his father for care, and that’s exactly what he did not get. Witnesses say what they say was disturbing. Most of the time the baby was strapped to a car seat and always seemed to have a bruise or injury on him, which the father would make an excuse for.

But there was a friend who saw Isaac punch the infant’s stomach while pushing his face into a blanket to make his crying silenced.

There was a woman who lifted the baby’s legs up in order to change his diaper. She screamed. The legs were broken. She then realized what had happened.

A pool of blood the size of a hand had collected in the baby’s crib according to a relative. An anonymous tip finally came in saying that the baby was abused. This tip came in November 2014. Caseworkers for some reason unsubstantiated the report, and never went to check on the child. A month later the baby was dead.

Kallin had the following to say:

“Society demands justice in this case. We have a child who, because he’s passed, cannot be protected in the future. But he is somebody who can have justice, and his death isn’t meaningless.”

It wouldn’t be until 8 months later, when Isaac was finally charged in the death of his son. It was either manual suffocation or SIDS according to the coroner. And the reason is listed as “undetermined, but the father blamed Sylys’ injuries on other people. The judge didn’t buy it, and said the following:

“It does not appear that that child had even a day of joy in his life.”

Totally heartbreaking, but yet another reminder that there are indeed evil people in this world, and when they are in the care of an infant, it’s important to report it as quickly as possible, before something horrible occurs, such as in this case where the child ended up suffering and then dying.