11 Signs There’s A Toxic Person In Your Life

10:12 PM
shanka
As we’ve noticed by now, not everyone is a delight to be around. This doesn’t make them a bad person necessarily; it just means that they don’t necessarily serve as a healthy influence.

Even stating that someone is toxiccan be a bit harsh; however, if a person displays behavior that has a negative impact on us in any way, itis unhealthy (toxic) for us. Quite frankly, we shouldn’t have to subject ourselves to someone else’s toxicity. Despite our tendency to want to give someone the benefit of the doubt, it’s not mandatory that we do so. 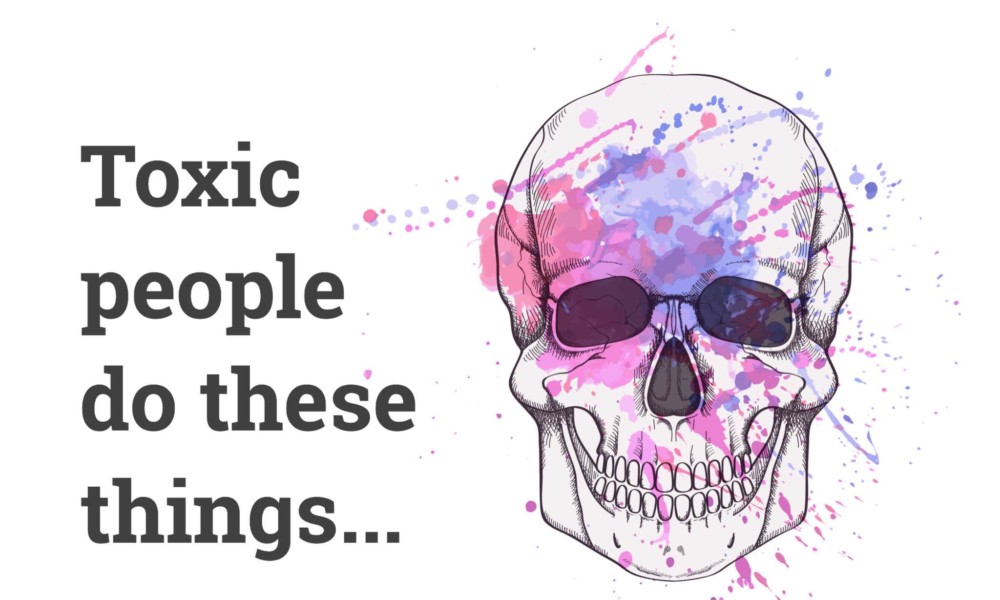 WHAT ARE THE SIGNS OF A TOXIC PERSON? WE’VE COME UP WITH 11…

Something to address, quickly: it’s normal to want to think of something to say while someone else is talking. After all, nobody likes sounding “unsure” or “dumb”.
Two things: (1) trying to think of something to say when another person is speaking is not effective (2) this is not what makes somebody a bad listener.
A lack of acknowledgement, lack of response and just plain disinterest is what makes someone a bad listener. Many times, they’ll just continue talking about themselves anyways.
Related Article: How to Deal With People Who are Bad Listeners

To them, any adverse situation is the result of someone else’s actions. Have a break up? It’s always their evil partner. Came in late to work? Well, it’s the traffic (always (despite nobody else seeing it). Flop on the exam? Well, the questions didn’t match the study guide!
It doesn’t matter if they are at fault – they’ll never admit it. These people have usually gotten so good at making up excuses that they’re uttered semiconsciously.

Ever been somewhere and heard a toxic person make a rude comment about someone in the room that they’ve never even met? It’s weird and shocking at the same time – weird because it’s so out of nowhere and shocking because 99% of people don’t do that.
But some toxic people will say they have the magical ability to innately “feel” when something is wrong with someone else. Worse yet is when they make a crack on someone else’s physical appearance.

Then we have this group – the ones always needing attention. The easiest way to detect this is in a conversation: they’re always interrupting, dominating, and controlling.
They only time they’re happy in a conversation is when they are turning it back onto themselves. They’re also the ones who always seem to always find themselves in the middle the group picture while simultaneously being the loudest one anywhere.

It’s still shocking to people watch and witness how some folks act. People still litter, graffiti property, cut people off in traffic, don’t say “thank you” (always, always been a major pet peeve of this writer), etc. These misguided, socially wretched behaviors are very disturbing.
(Anybody else ever wonder who raised these people?)

Interrupting conversations, interrupting traffic, interrupting with their phone; these folks are constantly in “me mode” and to heck with anyone else that tries to get in their way. They’ve got better things to do than display some empathy or patience.
In seriousness, this is really annoying. It’s human nature to interject someone and apologize. It’s downright rude to be so self-centered and clueless.

Quick question: how do most people come to the conclusion that someone is exceptional (as a person or at something)? Well, we simply observe and come to the conclusion.
Michael Jordan never had to tell us he was a great basketball player. Mother Theresa never had to tell us she was a loving, kind person.
So, when we hear someone talk about how they’re great without being asked and without merit, it’s (again) weird and shocking. Most people are modest about their qualities, but toxic people are not “most people.”

In other words, they always have to be right. No amount of evidence to the contrary can sway a toxic person’s illogical conclusion that they are right.
Some people will go to the extreme of a loud, vocal argument to “prove” they’re right. Mind you, there is nothing of substance that is being said – they’re trying to “win” the debate on noise level alone.
Bottom line: not being able to admit that they’re wrong and not being able to admit when someone is right are undesirable characteristics in a person.

A close cousin of #2 and #10, some people don’t take responsibility for anything. Unfortunately, these people can’t see that their own actions yielded an undesirable result.
As for examples, we see this when someone is arguing with an authority figure – a cop, teacher, judge, etc. – and illogically pleading a case without actually having a case. For rational folks, we simply see this as a childish attempt to deflect responsibility from where it belongs.

Ever seen the movie Clueless with Alicia Silverstone? If so, it’s quickly apparent that Cher (Silverstone’s character) and their group look down on pretty much everyone. Everyone else is dirty, badly dressed or otherwise unworthy of their recognition.
There are still people who act “as if” (get it?) it’s still high school. If someone else isn’t driving the newest car, flashing the latest threads or populating the same neighborhood, they’re simply not worth the time. Toxic people consider themselves in another class that only a few, if anyone at all, deserve admittance.
Source : Power Of Positivity
at 10:12 PM
Email ThisBlogThis!Share to TwitterShare to Facebook
Newer Post Older Post