Here’s What Will Happen When You Stop Eating Bread

9:45 AM
shanka
Bread is the foundation of Western diet. Hence, westerners combine bread with almost every meal, either at home or in a restaurant. Globally speaking, bread accounts for 20% of the total calories intake. It’s important to mention that bread needn’t be excluded from your daily nutrition, but at least you should lower the intake. This is because some amazing things happen with your body after you lower (or stop) the intake of bread. 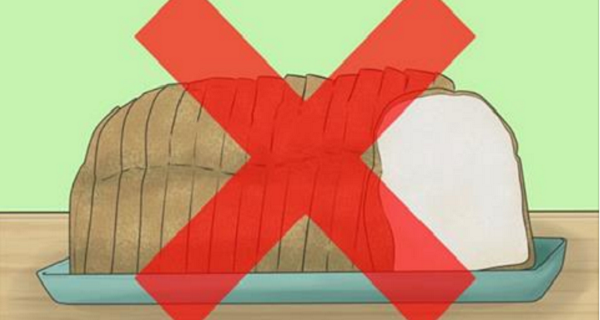 -Weight loss
When you decrease the intake of carbs, you will definitely lose weight. And you should know that it’s not the fat that’s being eliminated, but the water deposits. Namely, experts claim that when the body stores carbs in the form of glycogen, each gram of carbohydrate stores three to four times its weight in water.

-Fatigue
Carbohydrates are the brain’s source of energy and this is why you feel tired after you stop consuming them, especially as the glycogen stores lower and eventually deplete. When the body uses up all the glycogen there is, it begins breaking down fat and runs off of small carbon fragments or ketones. When this happens, you might experience bad breath, dry mouth, fatigue, weakness, insomnia, dizziness, nausea, and brain fog. But, don’t worry, after some period your body and mind will get used to this change and you’ll no longer feel this way.

-Digestion issues
A recent study showed that whole-grains intake plays a major role in the fiber supply. What’s more, the study concluded that a staggering 92% of U.S. adults aren’t getting nearly as much of these grains as they should. In fact, fibers are very important in stabilizing the blood-sugar levels, lowering the chances for obesity and chronic diseases. Moreover, they regulate bowel movements.

-Anxiety
Anxiety takes place after you stop eating carbs because carbs are known to increase the brain’s levels of the neurotransmitter serotonin. Thus, when a person stops eating healthy carbs like whole grains, his/her mental health experiences the change.
Source: The Health Guide
at 9:45 AM
Email ThisBlogThis!Share to TwitterShare to Facebook
Newer Post Older Post