10:34 PM
shanka
Potatoes are a delicious and versatile food, but they can be deadly if improperly prepared or old. If you have old potatoes in your home, you should throw them out or you will suffer the fate of 8-year old Maria Chelysheva of Russia, who became an orphan in 2014 after her family died from an old batch of potatoes that decomposed in their cellar!

Maria’s father went to the basement one day to get potatoes for lunch, but when he didn’t come back, her mother went down as well. However, she didn’t come back either. The same thing happened with Maria’s brother and grandmother – everyone who entered their cellar never got out! 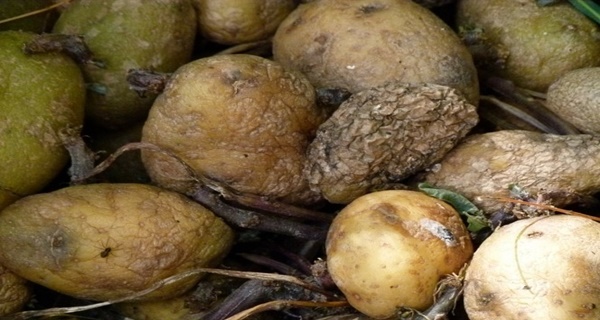 Potatoes are rich in glycoalkaloids, chemical compounds that can be found in various poisonous plants such as nightshade. They make potatoes highly toxic in the right circumstances, and they can be deadly not just when ingested, but when their fumes are inhaled as well. As potatoes rot, their glycoalkaloid concentration goes up, making them emit dangerous gasses which can kill people. Maria almost died as well when she went searching for her parents, but luckily, the gas dissipated as her mother left the cellar open.
Sadly, Maria became an orphan, but her story will surely serve as a warning to others – you should throw out potatoes whenever you see them rot!