Home » »Unlabelled » They Look Like Any Other Couple, But When I Saw The Rest Of The Picture, I Lost It..

They Look Like Any Other Couple, But When I Saw The Rest Of The Picture, I Lost It..

10:32 AM
shanka
Taylor Morris grew up as an adrenaline-seeking kid with a passion for extreme sports. Part of the reason why he excelled in such gravity-defying hobbies was his natural knack for being incredibly calm under intense pressure. This made him a prime candidate for the Navy’s EOD, Explosive Ordinance Disposal. According to the US Army, the EOD are “warriors who are properly trained, equipped and integrated to attack, defeat and exploit unexplored ordnance, improvised explosive devices and weapons of mass destruction.” 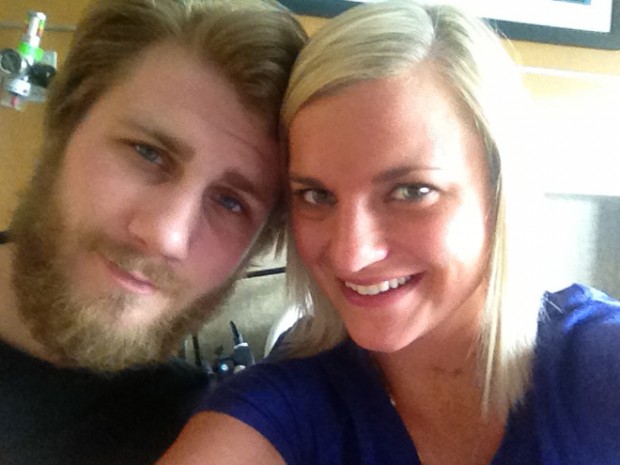 In 2012, the then 23-year-old Taylor led a team of Army Special forces to a classified location when he suddenly stepped on an IED that exploded underneath his body. Both his arms and legs were blown off as a result. Although he was bleeding profusely, Taylor told the medics not to get him. He feared there were other IEDs in the area, and the medics would be put in harm’s way.

After the area was cleared, and Taylor had survived the blast, the team rescued him. Taylor became only the fifth person at the local hospital to survive a quad limb amputation. While most would be mentally wrecked after such a traumatic experience, Taylor’s spirit and optimism baffled his peers. Eventually he was fitted with prosthetic limbs.

But the best part of the story is the story between Taylor and Danielle, his girlfriend of nine years. Danielle never left Taylor’s side throughout his recovery. Their devotion to one another quickly went viral on the Internet, and Taylor proposed to Danielle in 2014.

The video below documents the emotional rollercoaster of a journey that Taylor and Danielle went through during Taylor’s recovery. By the end of this, I was bawling, and I think you will be too.