9:18 PM
shanka
The whole world is buzzing about the new rapidly spreading virus Zika. It’s transmitted to people via mosquito bites. People who contracted this virus experience fever, rashes, joint pain and redness in the eyes. Most commonly it doesn’t have any severe consequences and the symptoms last from a few days up to a week. The cases where hospitalization is required are quite rare and uncommon.

The Pan American Health Organization first alerted the public about the Zika virus infection in May 2015. The  first reported case was in Brazil. After the outbreak in Brazil there were reports of Guillain-Barre syndrome and pregnant women who contracted the virus faced serious and unfortunate consequences. There were many pregnancy which ended with poor outcomes and birth defects.

There are 5 crucial things you need to know about this virus and you need to share this information with everyone you know so that people can get more informed. This will lower the risk of further spreading the disease. 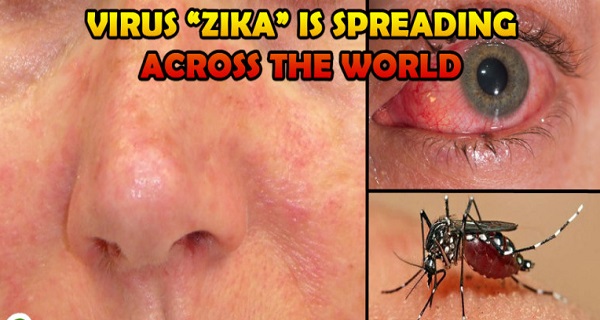 01.The ZIka virus cannot be treated with medications nor prevented with a vaccine yet.


02. The culprit for this viral infection is the Aedes mosquito with an active infection. When they bite a human they transmit the infection and the person who was bitten becomes a carrier for as long as he has the symptoms.

04. Since there is not a cure or treatment available against the virus all you can do to protect yourself from the virus is to avoid travelling to the countries where it’s present. If you must travel to any of the abovementioned countries safety measures and precautions are strongly advised by the CDC. Never go anywhere without an EPA-approved repellent over sunscreen, always wear long pants and long-sleeved blouses which thick enough to block a mosquito bite, and sleep in air-conditioned, screened rooms.

05. Scientists all around the globe are working non-stop in efforts to create a Zika virus vaccine but so far have been unsuccessful. Until they succeed in their efforts traditional mosquito control methods are being enforced. Spraying pesticides and emptying standing water receptacles where mosquitoes breed are just one of these measures. Local homeowners, hoteliers, tourists and everyone in fact is encouraged by the CDC to actively participate by eliminating standing water anywhere they see.

Studies show local control effective only marginally, because it’s so hard to get to every breeding area out there. Especially if we consider the fact that Aedes aegypti has evolved to live near humans and “can replicate in flower vases and other tiny sources of water,” according to microbiologist Brian Foy. All of this makes finding and exterminating the mosquitoes even more difficult.