4:13 AM
shanka
Tresana is a village where there are definitely more hydrangeas than people. Valerio Zanarini is the only man to plant them all and take care of them, thus wanting to prevent his village from being forgotten and falling into ruin. 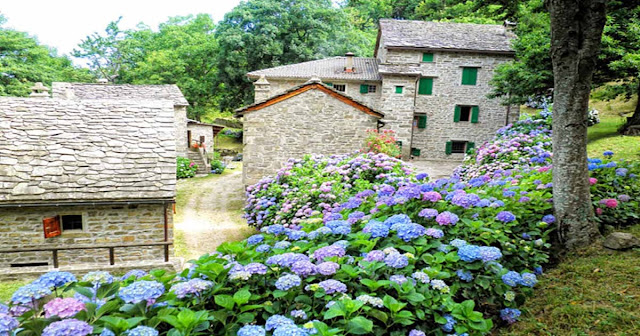 The tiny village of Tresana is located at 930 meters above sea level in the Bolognese Apennines not far from Castelluccio di Porretta Terme and consists of only 8 stone houses whose construction dates back to the sixteenth century.
It is immersed in a chestnut forest and it is, therefore, no coincidence that its inhabitants survived using the fruits of this tree and raising animals. The last family of the three who lived in the village left Tresana in the early 70s. Today, therefore, the small but spectacular mountain village is frequented only in summer when the children and grandchildren of the elderly who lived there return on vacation.
And it's really worth it, given the beauty of the landscape and these characteristic stone houses. So did Valerio Zanarini, born and raised in Tresana, that to make his village more beautiful he decided to plant many hydrangeas making it also become a real tourist attraction.
During the summer, in fact, thanks to the flowering of hydrangeas, Tresana turns into a colourful and almost fairy-tale place that attracts many lovers of these flowers, curious, people, passing through the Apennines and those who trek around. 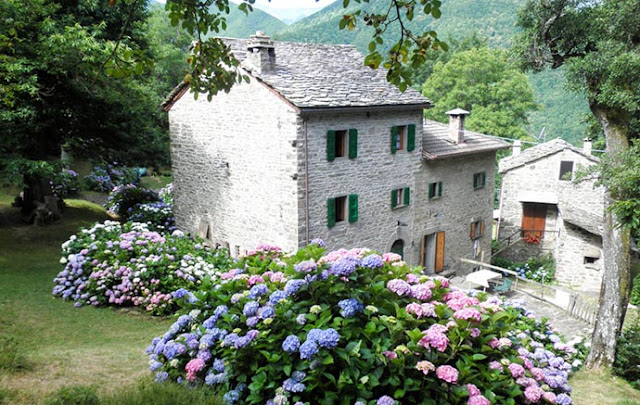 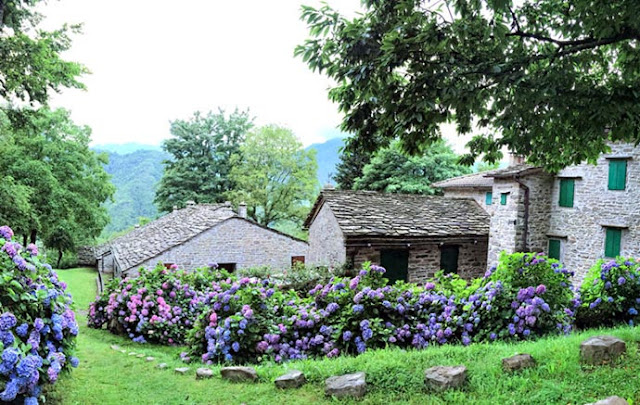 The village is a real palette made of hydrangeas with their thousand shades ranging from pink to blue. Valerio planted them by cutting from a first original hydrangea uprooted in Monteacuto (country of origin of his mother's family) which he grew up in Casalecchio and then in his village of the heart.
Valerio's aim was not only to make Tresana even more beautiful but also not to make her fall into oblivion. As we know, in fact, many small villages in our country, and many also in the Apennines, are falling into disrepair and are slowly being forgotten precisely because no one takes care of them anymore. Fortunately, the ancient village of Tresana resists also thanks to the thousands of hydrangeas planted and cared for by Valerio for almost 50 years now!
Source: Greenme
at 4:13 AM
Email ThisBlogThis!Share to TwitterShare to Facebook
Labels: Life, Mind
Newer Post Older Post