Home » Animal » Mind » Do you talk to animals or your plants? Nothing strange, indeed! It is a symptom of intelligence
Animal Mind

Do you talk to animals or your plants? Nothing strange, indeed! It is a symptom of intelligence

11:50 PM
shanka
How many times have you happened to speak with your pets, with plants or even with some object, such as a pc? Even though you've probably thought you've gone crazy, experts say it's all normal. Indeed it is a symptom of intelligence 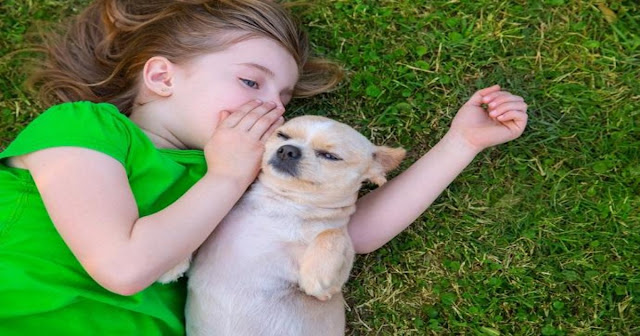 When children talk with their toys, they are seen with the eyes of love, but if it happens to an adult, it is more times that the nose turns up than those in which we consider a normal attitude. According to behavioural science experts, however, this is closer to intelligence than stupidity.
After puberty, those who talk to the bunny or the plant are seen by the community either as a person with signs of imbalance or as someone who is going through a difficult time or still as a child.
Instead, there is a scientific explanation of why adults tend to anthropomorphize everything. Nicholas Epley, professor of behavioural sciences at the University of Chicago and perhaps the most important world expert on the subject, intervenes on this topic.
“Historically, anthropomorphism has been treated as a sign of puerility or stupidity, but in reality, it is a natural byproduct that makes human beings intelligent. There is no other species that have this tendency, "he says.
Epley explains that this trend is daily. It happens for example when we give names to cars, scooters, PCs etc and we deal with them as if we established social relationships by projecting ourselves onto objects.
But all this goes further when we believe that our cat is acting "without shame" or when we ask our car why it doesn't turn on. All this is the by-product of active and intelligent social cognition.
According to experts, however, there are three primitive reasons related to this behaviour, namely that of anthropoforming something. It is done when:
1. It can have or appears to have a human face;
2. Can be a friend as a pet;
3. It is not possible to explain their behaviour (like the laptop every time it restarts).

But it can also be a symptom of something very different, loneliness.
"The more lonely we feel, the more we tend to develop these behaviours," explains Epley.
And he adds:
“Treating objects and animals as human beings is not a symptom of madness. The psychological mechanisms of this type of behaviour are the same as those that exist in social interactions between human beings ".
We tend to talk to animals because they are truly wonderful:
Credit: Greenme
at 11:50 PM
Email ThisBlogThis!Share to TwitterShare to Facebook
Labels: Animal, Mind
Newer Post Older Post