11:25 PM
shanka
Goats are attracted to humans with happy facial expressions. For those who still think that animals are not empathetic and sensitive beings, they will have to change their mind and consider that probably even a wider range of animals can read people's moods more than they thought. 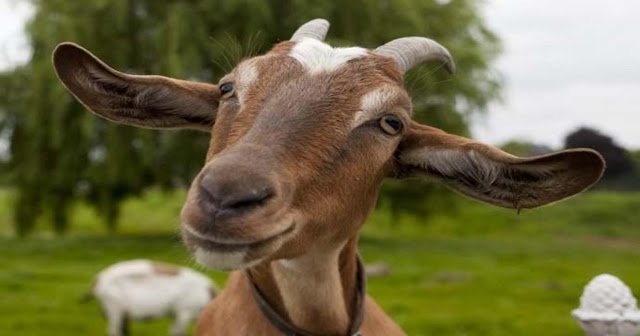 This is confirmed by some researchers from Queen Mary, University of London, that goats are attracted to smiling faces.
Given the fact, therefore, that certain meditation techniques would do well to give up goats, this research would confirm how much more tender there is in the animal world: we can all be conquered with a smile and that if so far there was no evidence that animals like goats were able to read human facial expressions, but now new ways open to understanding the emotional life of all our four-legged friends.
The study found that farmyard animals may react to humans with fear, indifference or occasionally - in the case of goats - hostility, but also that they may prefer people who smile.
The analysis took place at the Buttercups Sanctuary for Goats goat shelter in Kent, Great Britain, and consisted of hanging two black and white photos about 1.3 meters away on a wall of the test area. Then a goat was introduced who could freely explore the environment.
In this way, it was found that goats far preferred smiling faces and approached images of happiness before examining the angry images. They also explored faces with a smile for longer. But the effect was significant only if the smiling image hung on the right. If it was on the left, the animals made no preference. This would probably depend on whether goats use a brain lobe to process information, a phenomenon common to other animal species, or that the left side of the brain processes positive emotions.
"
Not only are goats perfectly capable of interpreting our emotions
- explain the authors -,
but in their relationships with a man, they also show a marked preference for happy people
".

What does it mean? That yes goats "read" human facial expressions, but perhaps this also indicates that that ability to perceive them is not a dowry limited only to species with a long history of domestication behind them, such as dogs or horses.
"
I study
- claims McElligott who conducted the research -
has important implications on how we interact with livestock, because the ability to understand our feelings may not be exclusive to traditional 'pets', but much more widespread
".
All staring at goats, therefore, in a nice and peaceful way.
You never know that you will receive more affection and understanding from her than any other human being ...