Home » »Unlabelled » Escape Dog Returns To Shelter 11 Times. Then They Realized He Was Trying To Tell Them Something…

Escape Dog Returns To Shelter 11 Times. Then They Realized He Was Trying To Tell Them Something… 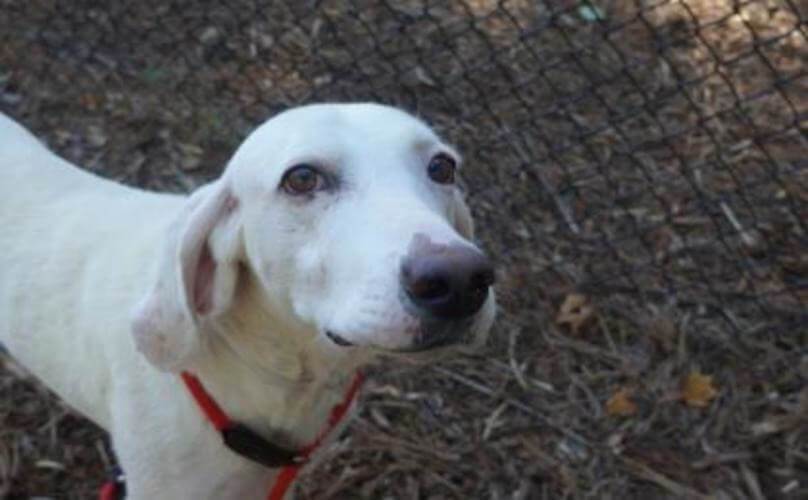 Can you take a hint? Most of us would like to think that we are sharp enough to take a hint. Some of us can’t. This is Gumby.
He is a 7-year-old hound that was trying to give the people at the Charleston Animal Society (CAS) a hint, and they didn’t get it. Well, they did eventually get it!
Meaning he has escaped many (many) times from homes only to return to the shelter. Gumby is affectionately a Houdini dog.

Gumby has been adopted out seven times from CAS, picked up as a stray three times and surrendered a staggering eight times.

The staff at the shelter were doing their job each, and every time the found Gumby a home. Gumby just had a different idea.
He stayed in his first adoptive home three days, he doubled that and spent six days at his second home.

At his third home, Gumby kept escaping and wound up back at the shelter four times. You have to wonder what was going on in his mind?
Why couldn’t he allow himself to relax in these homes?

His fourth, fifth, and sixth adoptions ended much the same as the others, Gumby escaped and wound up back at CAS. It was then that the staff realized that Gumby belonged at CAS – he was happier there.

Gumby has been adopted by the shelter and hasn’t tried to escape once! Gumby knew what he wanted all along! Gumby helps calm any new arrivals at CAS – so, he has a purpose and a forever home!
[Source]