Home » »Unlabelled » Science and Buddhism Agree: There is No 'You' There

Science and Buddhism Agree: There is No 'You' There

8:25 AM
shanka
Evan Thompson of the University of British Columbia has verified the Buddhist belief of anatta, or not-self. Neuroscience has been interested in Buddhism since the late 1980s, when the Mind and Life Institute was created by HH Dalai Lama and a team of scientists. The science that came out of those first studies gave validation to what monks have known for years — if you train your mind, you can change your brain. As neuroscience has begun studying the mind, they have looked to those who have mastered the mind. 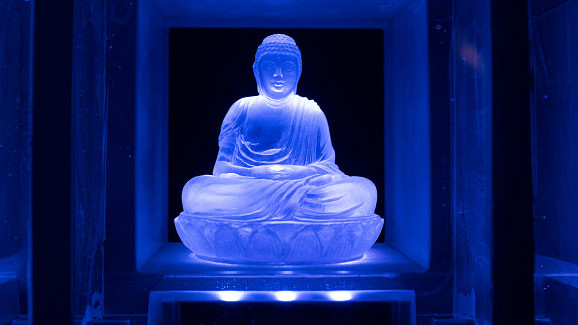 While Buddha didn’t teach anatta to lay people, thinking it might be too confusing, the concept  is centered on the idea that there is no consistent self. The belief that we are the same one moment to the next, or one year to the next, is a delusion. Thompson says that “the brain and body is constantly in flux. There is nothing that corresponds to the sense that there’s an unchanging self.”

It is useful to look at a video of yourself from the past, or read something you wrote years ago. Your interests, perspective, beliefs, attachments, relationships, et al, have all changed in some way. Anattadoesn’t mean there’s no you; it just means that you are constantly changing, constantly evolving, and shape-shifting. Why is this important? Why does it matter if there’s no solid “you” or “me”?

Buddhist teacher Kadam Morten Clausen says Buddhism is a science of the mind:

Hearing a pro-science stance from a religious leader is a relief to many. In the end it seems Buddhism and neuroscience have similar goals: What is this thing we call the mind, and how can we use it to make ourselves a little less miserable and a little happier? Maybe even just 10 percent happier, as Dan Harris wrote. If there is no consistent self, it is at least my intention that my ever-changing self be equanimous and, well, 10 percent happier. No matter who I am.
Source : bigthink.com
at 8:25 AM