7:30 AM
shanka
2
In 2009, Hollywood actress Salma Hayek was visiting a hospital in war-torn Sierra Leone, Africa, when she met a woman unable to feed her starving baby. Without hesitation, the 42-year-old movie star came to the mother’s aid and fed the baby, completely ignoring the TV cameras and whatever opinions she’d be met with by the media. It’s incredibly rare to witness a high-profile celebrity perform such an intimate, humane act. 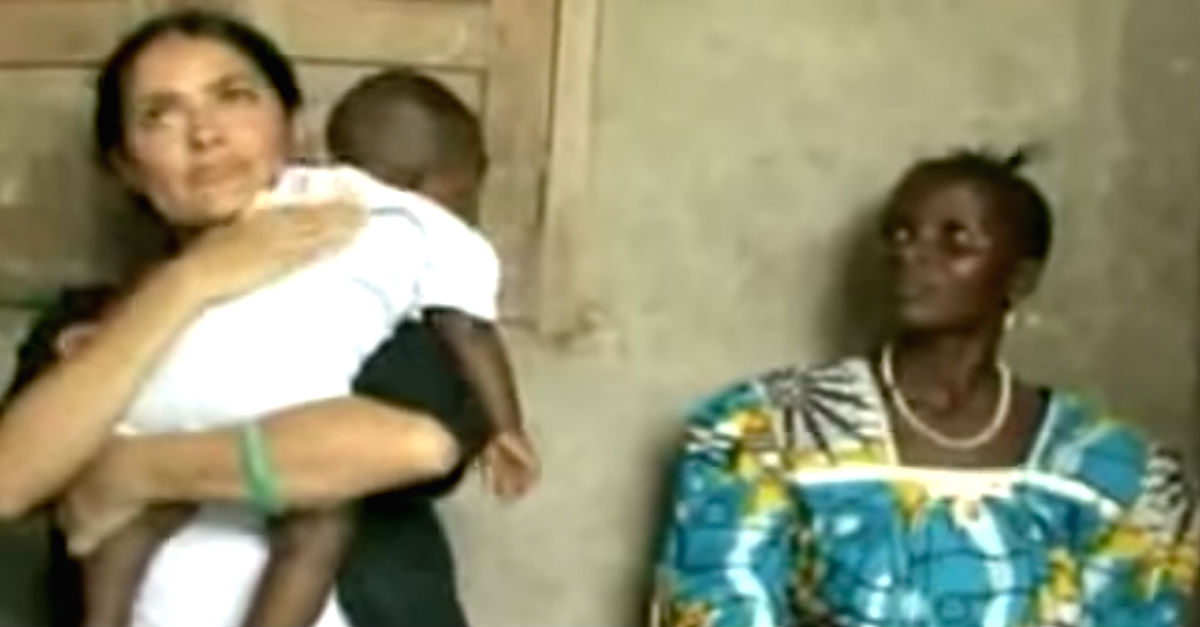 The baby was perfectly healthy, but the mother did not have any milk. At the time, Salma was weaning her 1-year-old daughter Valentina — but since she still had milk, she decided to breastfeed the baby herself.

While the video has been met with some criticism, most viewers have flooded the comments with positive praise. One YouTuber says, “That’s so amazing, it’s incredible to know that people out there actually do things like this for others, especially the little ones.”

Salma later questioned whether her kind act had betrayed her own baby, but quickly realized Valentina would be proud of her. “I actually think my baby would be very proud to be able to share her milk and when she grows up I will make sure she continues to share and be a generous and caring person.”

Please SHARE this video if you think Salma made the right decision by helping this hungry baby!
Source : www.michaelbaisdennow.com
at 7:30 AM