Home » News » They Introduce Their ‘Lifeless’ Son To A Dog. When THIS Happens, I’m Crying!
News

They Introduce Their ‘Lifeless’ Son To A Dog. When THIS Happens, I’m Crying!

8:41 PM
shanka
At the tender age of just 6 years old, Caleb Howard was in a head-on car collision that left him with multiple broken bones and a traumatic brain injury. His devastated parents weren’t even sure if he’d make it, what little progress Caleb had made was almost impossible to recognize. 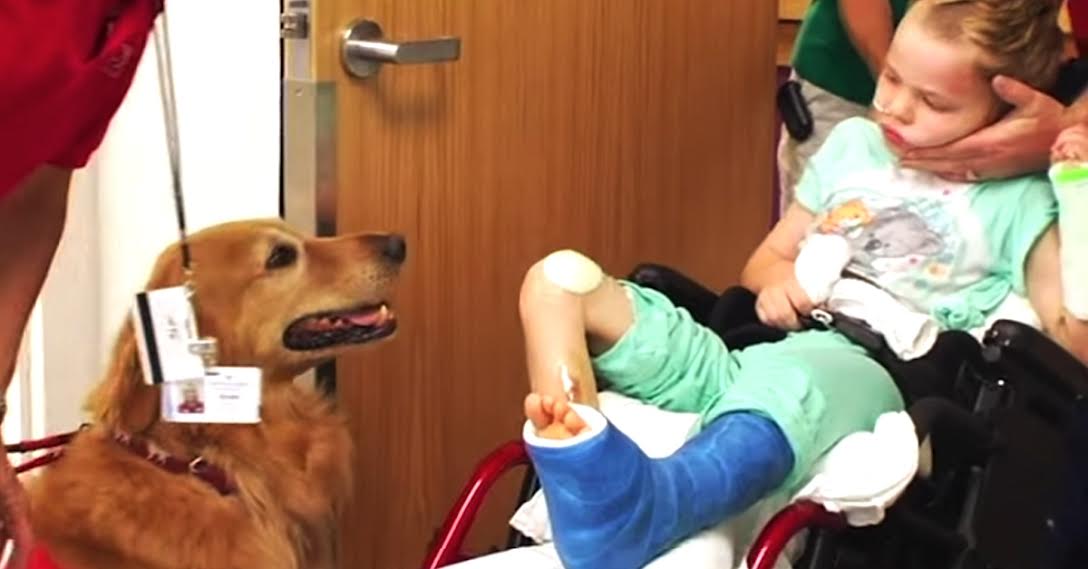 Someone suggested that a dog named Colonel take on the job of Caleb’s therapy animal. The following video gives us a close up of Caleb and Colonel’s journey to recovery together. It’s plain to see an almost immediate improvement in Caleb’s awareness, and how this relationship gives hope to Caleb’s family in their belief in his ability to recover.
Caleb learned to control his hands again by playing fetch and petting Colonel. He gains mobility by taking Colonel for walks and being more active than he had been since the accident.
Colonel brings excitement and joy back into Caleb’s life. Caleb was progressing in leaps and bounds, all with the healing help of a therapy animal. This shows us that dogs truly do have the power to heal!
Watch the heartwarming video below, and be sure to SHARE it with all your dog-loving friends on Facebook.