Home » »Unlabelled » Muslim Families Out to Eat on Christmas Eve Finished Their Meals and Asked for the Check. What They Saw on the Bill Returned to Their Table Is Going Viral.

Muslim Families Out to Eat on Christmas Eve Finished Their Meals and Asked for the Check. What They Saw on the Bill Returned to Their Table Is Going Viral.

10:27 AM
shanka
What happens when a group of Muslim families enter an Olive Garden for Christmas Eve dinner in Augusta, Georgia? With everything we hear in the media nowadays, you probably won’t expect what happened in this case. 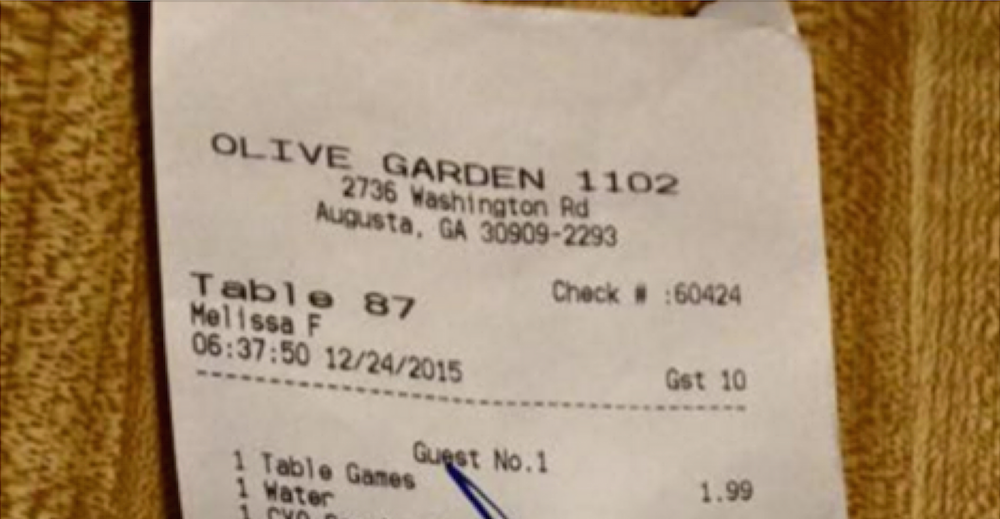 These families finished their meals and received the bill. On the bill, a note was attached. It said the following:

Eslam Mohamed took a photo of the bill and then posted it on Facebook. It’s been shared 19,000 times. He noted that the seven adults and five children were recognized as Muslim due to hijabs that were worn by the women, as well as the language they were speaking in the restaurant. 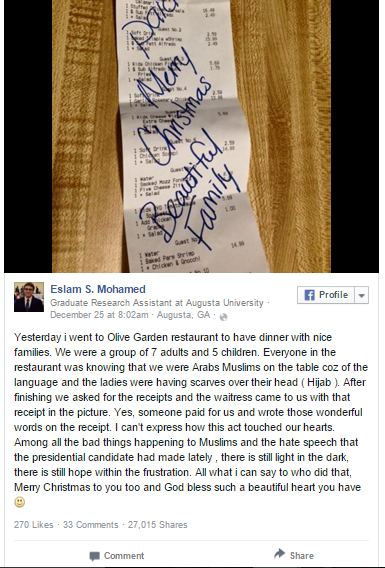 “Yes, someone paid for us and wrote those wonderful words on the receipt. I can’t express how this act touched our hearts. Among all the bad things happening to Muslims and the hate speech that the presidential candidate had made lately, there is still light in the dark, there is still hope within the frustration. All what I can say to who did that, Merry Christmas to you too and God bless such a beautiful heart you have.”
at 10:27 AM