Home » »Unlabelled » This Homeless Dad Is On The Street With His Daughter. How New Yorkers Treat Them? UNBELIEVABLE!

This Homeless Dad Is On The Street With His Daughter. How New Yorkers Treat Them? UNBELIEVABLE!

12:52 AM
shanka
3
If you've ever walked down a busy street, chances are, you may have encountered a homeless person. More often than not, these people are ignored as we pass them by -- many of us have even been taught from a young age to avoid making eye contact. However, it's hard to think that anyone could pass by a homeless man and his daughter and not want to help -- but that's exactly what happened when Colby Persin did a social experiment on the streets of New York. 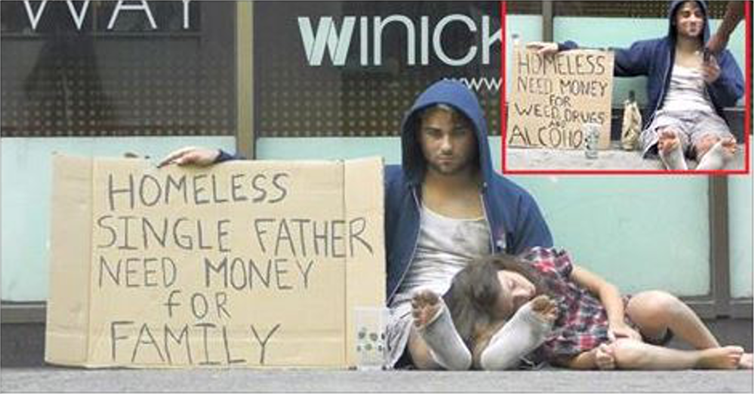 Colby wanted to see what type of homeless person New Yorkers were more likely to give to -- a man asking for money for his family, or a man asking for money for drugs and alcohol. The results were shocking! When Colby pretended to be a homeless drug addict, the donations came pouring in. However, when he pretended to be a homeless father, not one person stopped to help. That is, until another homeless woman walked by and did something that broke my heart -- leaving us with an important message. "Sometimes those that have less, are the ones who give more."