8:26 AM
shanka
Scars can cut both ways: they can give us a sense of pride or they can retraumatize by reminding us of the past. With that in mind, tattoo artist Flavia Carvalho decided to start a project called ‘A Pele da FLor’ (translation: ‘The Skin of the Flower’). Through this project she offers free services to women who have scars from domestic abuse. 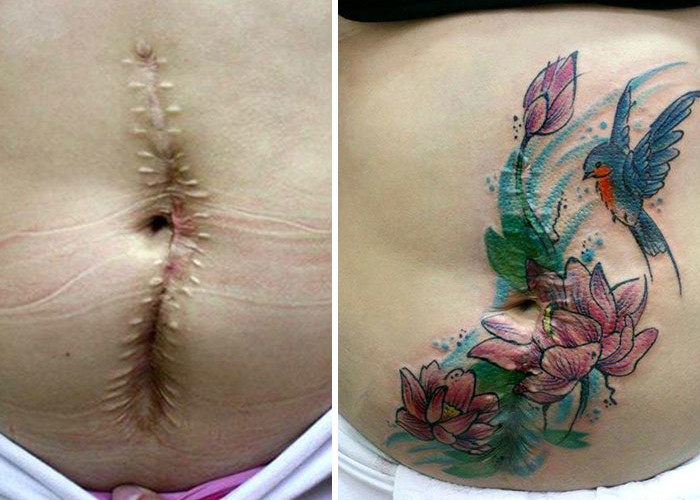 Flavia Carvalho runs a studio in Curitiba, Brasil. She’s helped women who have been stabbed by knives, shot with bullets and covers up mastectomies as well.

“I started the project quite recently, and I had no idea it would receive this much media attention. It began very spontaneously. As I said, my services are a hundred percent voluntary, and the only “cost” women need to invest is to choose a design for their tattoos!”

She tells her story of how it began:

“It all started about two years ago, when I worked with a client who wanted to cover a large scar on her abdomen” 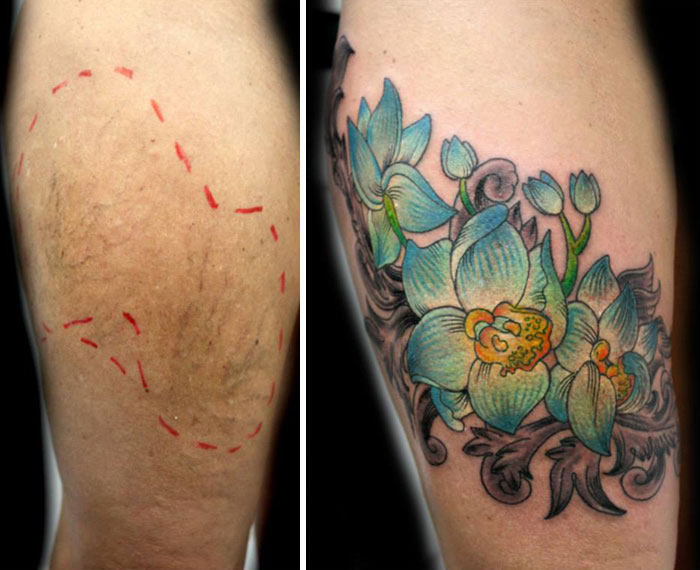 “She told me that she was at a nightclub, and when she turned down a man who approached her, he stabbed her with an switchblade” 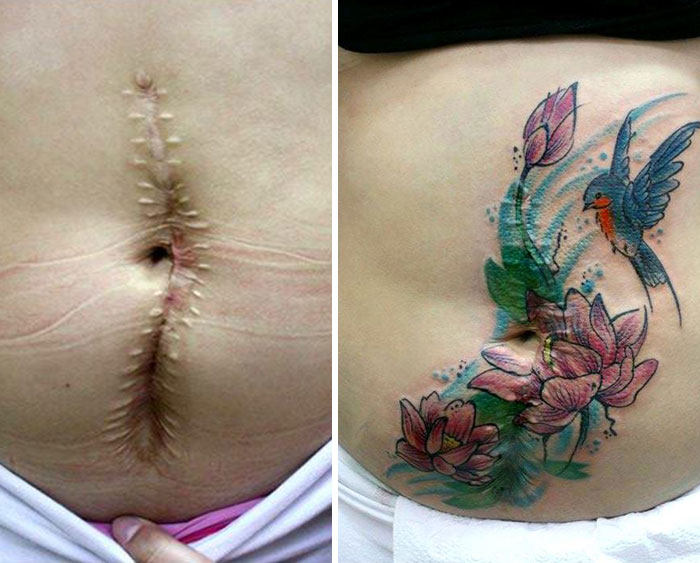 “When she saw the finished tattoo, she was extremely moved, and that deeply touched me” 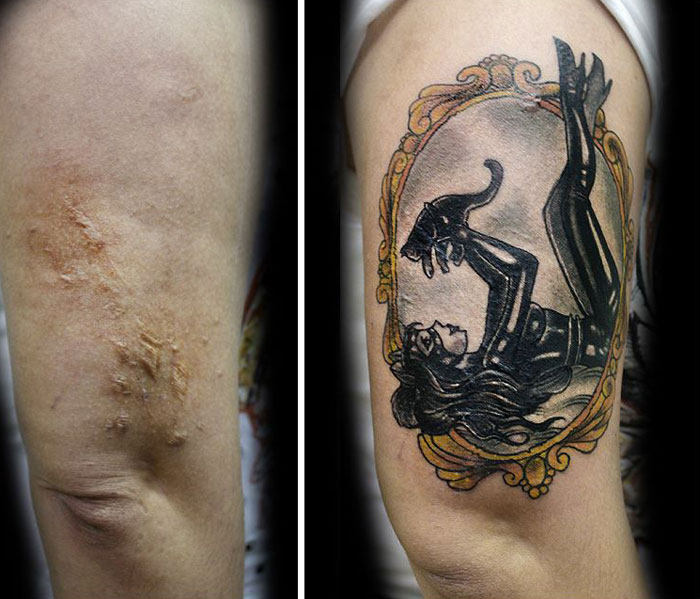 “The one that shocked me the most was the story of a 17 year-old girl who dated an older man and, for months, suffered from the physically abusive relationship” 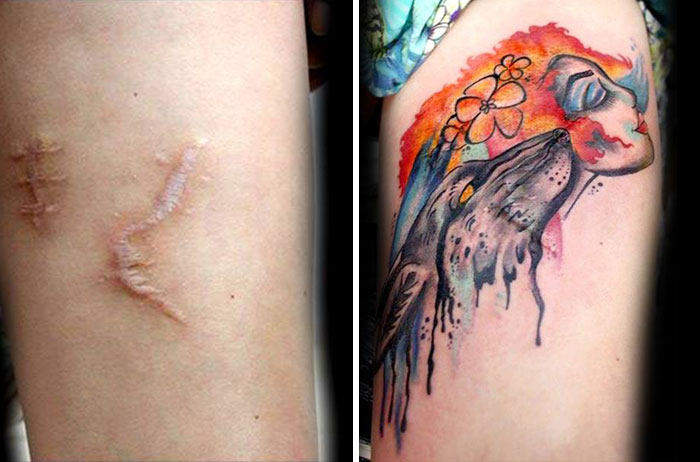 “When he wanted to break up with her, he scheduled a meeting, and after they began to fight, he stabbed her several times in her abdomen, and violently raped her” 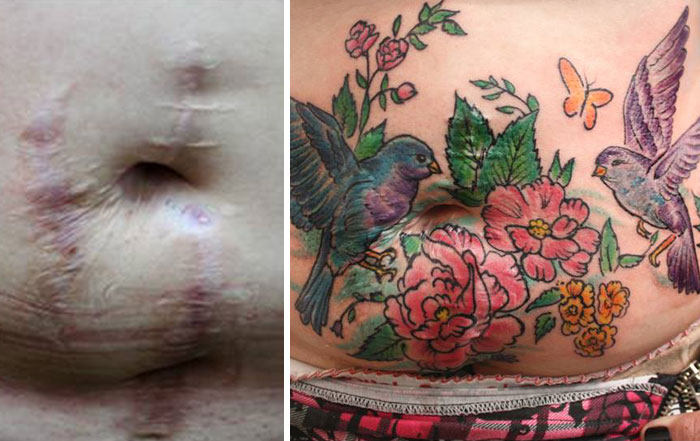 This tattoo covers up a scar left by a bullet: 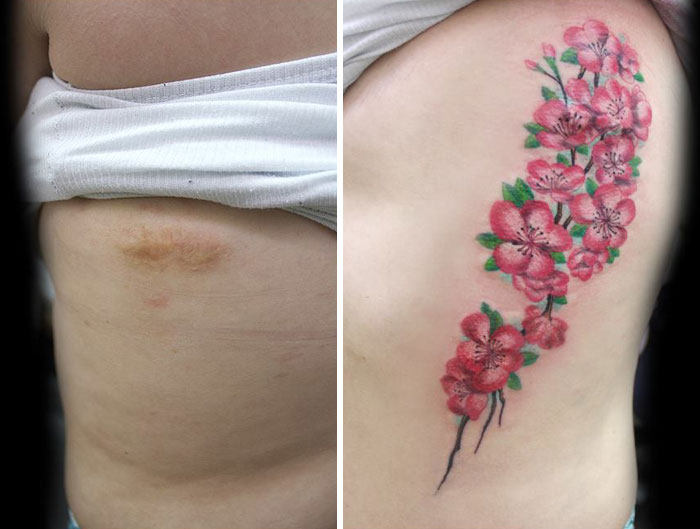 This is a tattoo she did for a woman who had undergone a mastectomy. 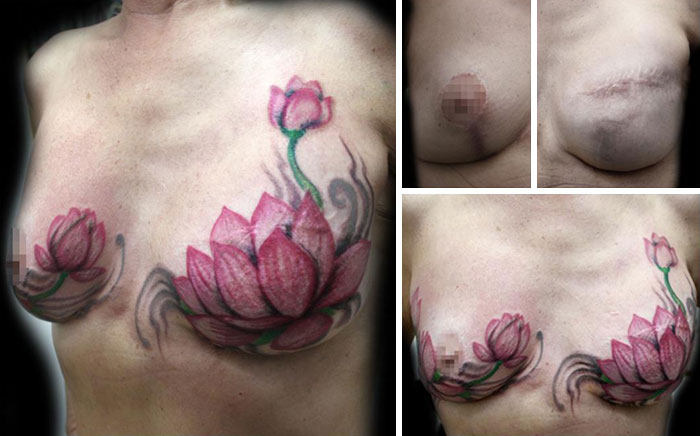 This is a remarkably touching idea; bringing light to otherwise dark situations.
Via : www.davidwolfe.com
at 8:26 AM
Email ThisBlogThis!Share to TwitterShare to Facebook
Newer Post Older Post