1:58 AM
shanka
Japan is a beautiful country. The green mountains, blue sea, vibrant culture and its mouth-watering cuisine, everything adds to its beauty.

If you’ve travelled to Japan or met Japanese people, one thing might have crossed your mind: “Why are Japanese women so slim and look so young?”

It’s the cuisine and lifestyle of Japanese people that keep them healthy and young looking. For example, Japanese food is based upon the principle of health and longevity. In fact, Japan is home to the world’s highest proportion of people who live more than 100 years.

In Japan, food is not solely eaten for taste. Japanese people believe in extracting health benefits from their food. 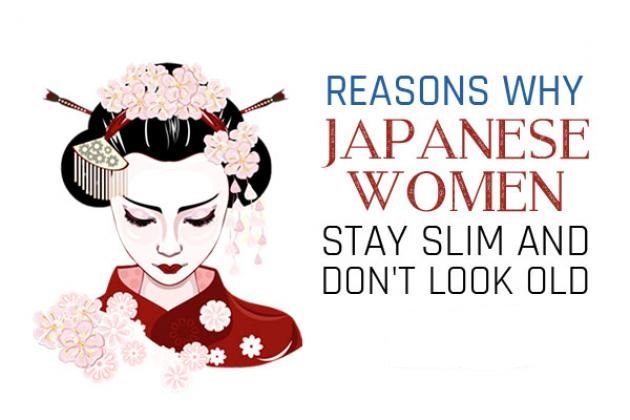 The matcha (powdered green tea) is made from the highest quality leaves, which are dried and milled into a fine powder. This powder is then mixed with hot water. This form of green tea is used in the tea ceremony, which is a Japanese cultural activity involving the ceremonial preparation and presentation of matcha.

Green tea is not only delicious but also very beneficial. It is one of the healthiest teas in the world, rich in antioxidants that help fight free radicals and delay the aging process. It even aids weight loss.

According to a 2006 study published in JAMA, adults in Japan who consumed higher amounts of green tea had a lower risk of death due to all causes and due to cardiovascular disease. The study also says that Japanese citizens who drank 5 cups of green tea per day had 26 percent lower mortality rates.

Fermented foods are those that have been through a process of lacto fermentation. In this process, natural bacteria feed on the sugar and starch in the food and create lactic acid. Fermentation preserves the natural nutrients in food and creates beneficial enzymes, B vitamins, omega-3 fatty acids and various strains of probiotics.

As fermentation promotes friendly intestinal bacteria and breaks down food to a more digestible form, it aids digestion, which in turn helps with weight loss, too. In addition, it helps expel harmful toxins and heavy metals from cell tissue.

A 2014 study published in the Journal of Physiological Anthropology reports there is a connection between fermented dairy products and the growth of beneficial intestinal microbes.

The study also noted the importance of findings that non-dairy fermented foods and herbs can have a positive influence on intestinal microbiota, as there may be an influence on longer-term gut-brain communication.

3. Popularity of Seafood
Unlike Americans, Japanese people like to eat seafood rather than red meat, which is associated with many health problems, such as obesity, high cholesterol and inflammatory diseases.

Rice or noodles accompanied by different types of seafood are common meals in Japan. As Japan is surrounded by sea, fish and shellfish like tuna, salmon, mackerel and shrimp are extremely popular in Japanese cuisine.

Fish is good for you due to its high-quality proteins, various essential nutrients and omega-3 fatty acids, which are excellent for the brain, heart and organs.

The Japanese also believe that the healthier the fish you eat, the better it is for you. This is why they serve fish in many different ways, such as raw, poached, grilled, fried, baked or steamed.

When it comes to weight management, the smaller portions is probably more important than the type of food you eat.

Some of the basic foundations of Japanese home-cooked food presentation include:

Walking not only helps with weight loss, it also improves cardiovascular health, boosts energy and mood, and helps relieve stress.

Japan’s population is heavily concentrated in cities, and many people commute by train and subways. This means they need to walk or bicycle to the station and back.

Even children walk a good part of the way to school, instead of being dropped off by their parents.

Apart from walking, use of bicycles is also popular. Many people ride bicycles everywhere, which is another good form of exercise.

6. Eating on the Go is a Big No-No
Meal times in Japan are sacred periods of energizing your body hence there are no walking lunches. It is considered impolite although acceptable in Japan to eat while you are on the go. Which is why, you will rarely see anyone eat on the street or while riding a public transport.

In Japan, you do not do anything else while eating. No TV, no work. Cleanliness and presentation of food, too, form an essential part of Japanese food eating.

They also eat slower, giving their stomach time to process food and signal the brain that it is full. Chopsticks actually play a role of hindering the amount and speed at which people eat food food.

Slower eating means your stomach has time to tell you ‘enough’, compared to the speedy binge eating of Americans where it’s already too late by the time your stomach signals your brain that it is full, resulting in overeating.

In Japan, raw, simmered and grilled techniques predominate, which help avoid the use of excess oil. These cooking techniques also aid in preserving the taste and nutrients of the ingredients.

Deep frying food is rare in Japan. When fried food is served, such as tempura, a few pieces are enjoyed along with other dishes. This way the overall balance of the meal is healthy.

8. Practicing Martial Arts
There are different types of martial arts popular in Japan, and both men and women practice some of the forms.

In fact, Japanese martial arts styles of karate, judo, aikido and others play a key role in improving the fitness level and overall health of Japanese women.

9. Hot Spring Baths
A hot spring bath, which is a common practice in Japan, prolongs life.

In the local language, a hot spring is known as ‘onsen’. As a volcanically active country, Japan has thousands of them throughout all of its major islands.

Hot springs have healing powers and are beneficial for health due to the temperature of the water along with the mineral content, such as magnesium, calcium, silica, and niacin.

When you enjoy a bath in a hot spring, your skin soaks in these minerals and your hydrostatic pressure rises. This leads to better blood circulation and oxygen flow throughout the body. Better blood and oxygen circulation is beneficial for your heart as well as other vital organs and tissues.

It even aids in reducing stress and promoting better sleep, which in turn benefits your skin’s health.

Taking a hot spring bath at least twice a month is one of the reasons why Japanese women look young and stay slim.

10. Healthy Desserts
Desserts are not an integral part of Japanese cuisine. Japanese women eat sweets less often, and this is one secret as to why they stay slim.

In Japan, people prefer eating fresh fruit at the end of their meal rather than sugar-laden desserts. Sugar is one of the main culprits behind the rise of obesity in the United States.

Also, Japanese sweets have a lot less caramel, refined flours and all of those other frightfully fattening ingredients commonly used in the U.S. Sweets are made from healthy ingredients, such as sweet potatoes, buckwheat flour and fresh fruits.

Even when Western-style sweet desserts are served, portion sizes are considerably smaller.

2020 is probably the worst year in modern history. Due to this pandemic, a lot of people lost their jobs, businesses closed, tourism becomin...