9:27 PM
shanka
BEING AROUND INAUTHENTIC PEOPLE IS CLOSE TO EXCRUCIATING, IF YOU’RE AN EMPATH.

By definition, empaths are emotionally sensitive people who absorb the emotions and feelings of others- even the ones other people don’t know they’re emitting. Sounds like an exhausting job, right? Well, imagine being able to soak up all of those feelings, and being around a fake person. It’s perplexing, frustrating, and yes, excruciating, for an empath to be around an inauthentic person.

Have you ever spent time with someone who seemed quite pleasant and kind on the surface, but when you were physically near them you felt…gross? You could barely form a sentence; you immediately went from ‘okay’ to ‘blah’.  In a manner of speaking, this is because your empathetic antenna is picking up on something that just isn’t right. You know that what you are seeing and what is really going on doesn’t match- and that usually means someone is hiding something.

Highly sensitive people need honest, deep, meaningful relationships with others. If you’re not genuine, they’re not up for the relationship. 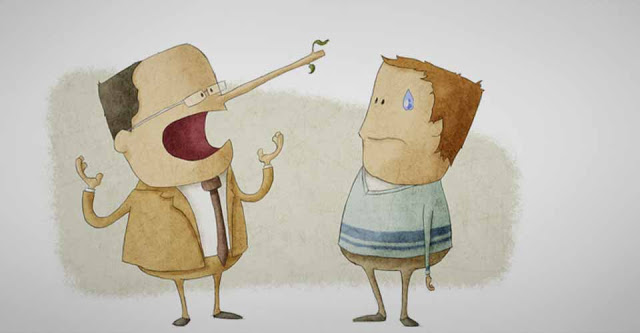 Empaths are gifted at reading body language and energy. They do not  put up with lies or deception. And yes, even empaths have to fake things in order to cope with the world and everything in it. We’ve all done it. So, if an empath catches on to this trait about you, it might just mean that he or she sees that characteristic in themselves, as well.
IF YOU’RE AN EMPATH, YOU WILL RECOGNIZE THESE SITUATIONS THAT CAUSE YOU TO FEEL DRAINED:

• You avoid them. It’s not that they did something wrong, you just don’t get good vibes from them.
• Forming logical sentences, and speaking clearly is exceedingly difficult.
• You get a sense of impending dread and feel uncomfortable around them. This only dissipates when you leave.
• Feeling physically ill after spending long periods of time near them.
• Feeling a sense of helplessness and becoming drained easily.
EMPATHS DON’T THINK THEY ARE BETTER THAN ANYONE ELSE- BUT SOME PEOPLE ARE NEAR-IMPOSSIBLE TO TOLERATE.

Having a heightened sensitivity to the world makes them physically and emotionally sick. That’s just how it is.
For most people, their biggest cause of unhappiness is due to not knowing themselves. When we hide a side of ourselves from the world without knowing why, it causes us pain. Be your true and authentic self- it’s emotionally freeing!

The Incredible Video Of The Octopus Changing Color While It Sleeps, Based On What It Is Dreaming About

Sleep and dreams have always been something fascinating and we struggle to understand: we do not yet know everything about rest and it is...