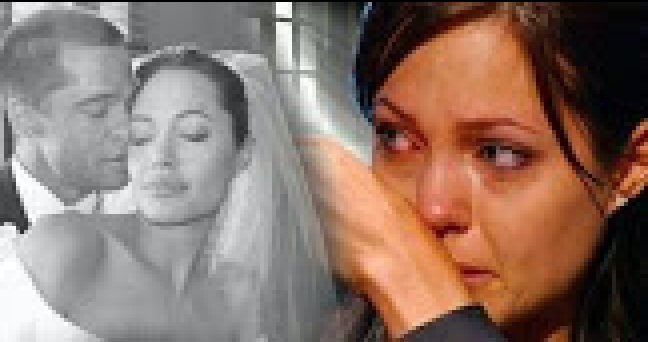 Everyone was shocked when gossip site TMZ broke the news that Angelina Jolie filed divorce against her husband Brad Pitt. The couple dubbed as “Brangelina” was seen as a relationship goal by a lot until today.

According to reports, Jolie cited that she had problems with Pitt’d parenting method to their six children. Although they deny that a third party was involved, reports also say that Pitt had an affair with Oscar-winning actress Marion Cotillard.

At the same time, some fans reshared this letter which was believed that was written by Brad Pitt years ago to his wife got viral again.

While the authenticity is still contested, the letter hits a lot of emotions, especially the Brangelina fans.

Read the letter below:

“My wife got sick. She was constantly nervous because of problems at work, personal life, her failures and problems with children. She had lost 30 pounds and weighed about 90 pounds in her 35 years.

“She got very skinny and was constantly crying. She was not (a) happy woman. She had suffered from continuing headaches, heart pain and jammed nerves in her back and ribs.

“She did not sleep well, falling asleep only in the morning; got tired very quickly during the day. Our relationship was on the verge of break up.
“Her beauty was leaving her somewhere, she had bags under her eyes, she was poking her head and stopped taking care of herself. She refused films and rejected any roles.

“I lost hope and thought that we’ll get divorced soon… But then I decided to act. After all, I’ve got the most beautiful woman on the earth.

“She is the ideal of more than half of men and women on earth, and I was the one allowed to fall asleep next to her and to hug her shoulders.

“I began to pepper her with flowers, kisses, and compliments. I surprised her and pleased her every minute. I gave her lots of gifts and lived just for her.

“I spoke in public only about her. I incorporated all themes in her direction. I praised her in front of our mutual friends and her own.

“You won’t believe, but she has blossomed. She became even better than before. She gained weight, was no longer nervous and she loved me even more than ever.

“I had no clue that she CAN love that much. And then I realized one thing: the woman is the reflection of her man. If you love her to the point of madness, she will become it.