Single Father Breaks Down When A Stranger Offers Some Needed Help

5:59 AM
shanka
1
We often hear about single mothers making sacrifices for their children, but there are fathers who also take the plunge for their kids. 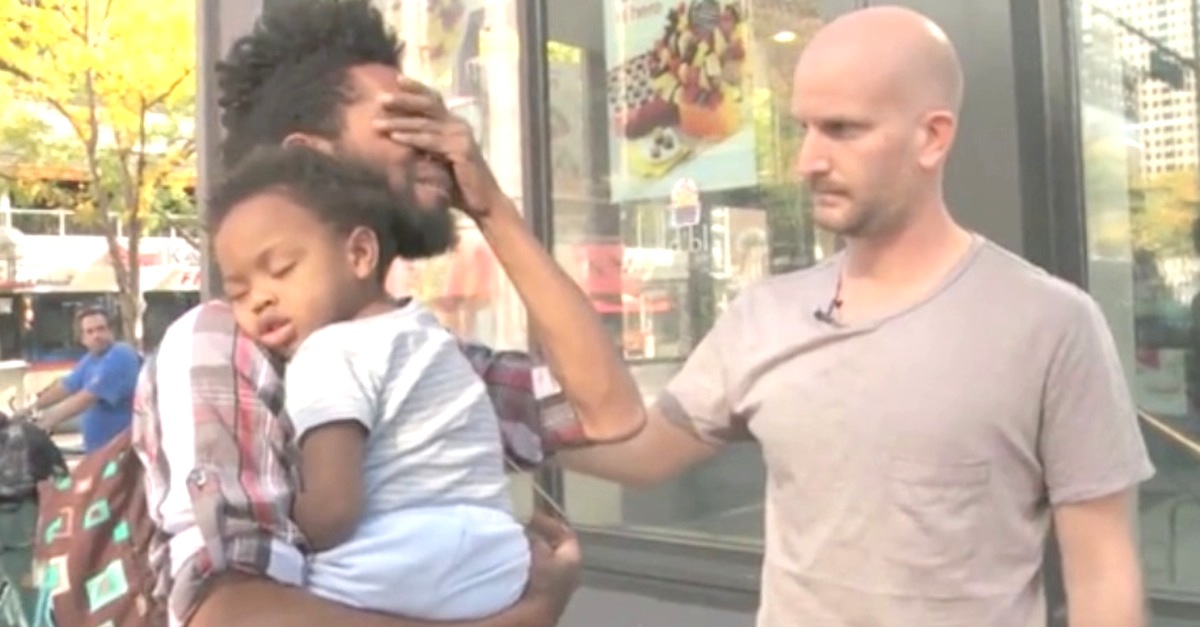 One of these dads is James who moved from New York City to Denver to make a better life for his toddler.

TV host Leon Logothetis found him during the #GoBeKind tour, in which he seeks out Good Samaritans around the globe, including a teacher giving back and a blind man making a difference.

“The reason I made this move is for him to be in a peaceful place,” James told Leon. “And I want him to experience things that I missed growing up.”

But, the road hasn’t been easy in the mile-high city. While James has a job lined up, his housing arrangements didn’t pan out, leaving him homeless. He said his son, meditation, and prayer are the only things helping him get through these trying times.

“You have to be brought down to your humblest point so you can appreciate other things that are waiting for you,” James said.

Like the other subjects Leon spoke to on his tour, he gave the loving father $1,000. This time, Leon included one more needed gift. And the unexpected good deed filled James with heartwarming emotion.

Leon also ended the video with a moving message that might inspire you to also help out someone in need.


Please SHARE to help spread kindness throughout the world..!